1 Two types of signal conduction within a single neuron
Passive (graded) electrotonic conduction: depend on the movement of ions along the two faces of the plasma membrane; decays with distance. Active (regenerative) conduction (AP): depend on the presence and activity of biological molecules such as voltage-gated ion channels; transmit without loss of signal strength.

3 Length constant () is defined as the distance over which a steady-state potential shows a 63% drop in amplitude.

4 Propagation of a nerve impulse (AP) along the axon depends on
The passive cable properties of an axon. The electrical excitability of Na+ channels in the axon membranes.

21 Slow indirect chemical synapses: the transmitter receptor proteins act through intracellular messenger systems to affect the conductance through ion channels. The transmitters are typically large molecules containing a single amino acid (biogenic amines) or several amino acid residues (neuropeptide). They are usually synthesized in the soma, packaged into large vesicles, and transported to the axon terminal. The onset of response is slower, but last longer (seconds to hours)

26 EPSP No threshold. Decrease resting membrane potential.
Closer to threshold. Graded in magnitude. Have no refractory period. Can summate.

28 Excitation and inhibition depend critically on the nature of the local ionic gradients (properties of the channel & identities of the ions that flow) and not on the identity of the signaling molecule.

35 Acetylcholine (ACh) as Neurotransmitter
ACh is both an excitatory and inhibitory NT. Causes the opening/closing of chemical gated ion channels.

37 G Protein-Operated ACh Channel
Only 1 subunit. Ion channels are separate proteins located away from the receptors. Binding of ACh activates alpha G protein subunit. Alpha subunit or the beta-gamma complex diffuses through membrane until it binds to ion channel, opening it.

39 General events at G-protein coupled receptor
Neurotransmitter binds to the receptor protein GDP is released from Ga subunit GTP binds to the a protein cause dissociation of G-protein from the receptor and bg from a subunits Activated a subunit, or the beta-gama complex binds to the effector molecules (signal transduction) GTP was hydrolyzed to GDP by GTPase (termination of signal) Bound to GDP again, the a and bg form complex and bind to the receptor.

41 G-proteins can function only if GTP is available
Nonhyrolyzable analog of GTP, GTPgS induce stable activation of the Ga protein. 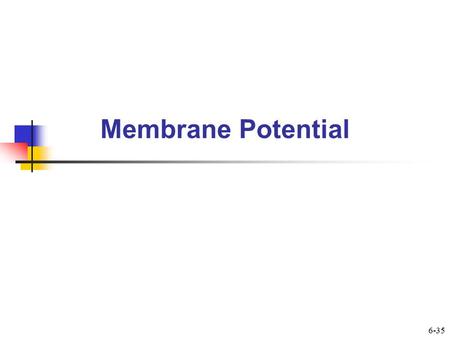 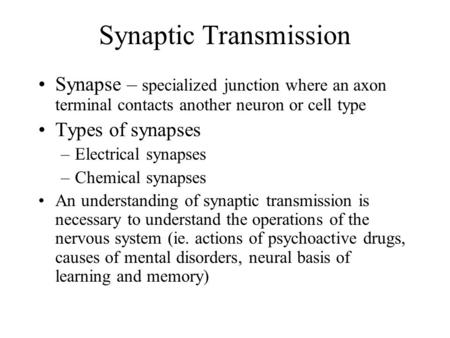 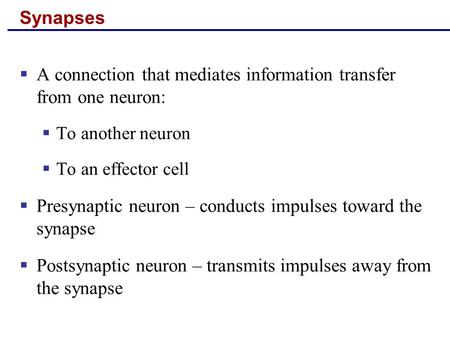 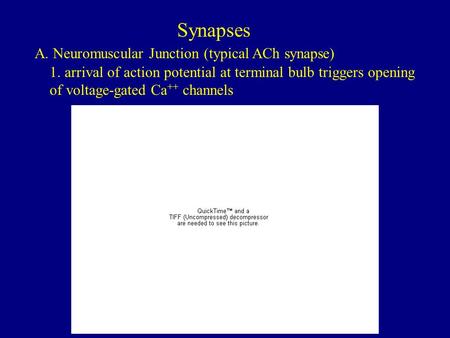 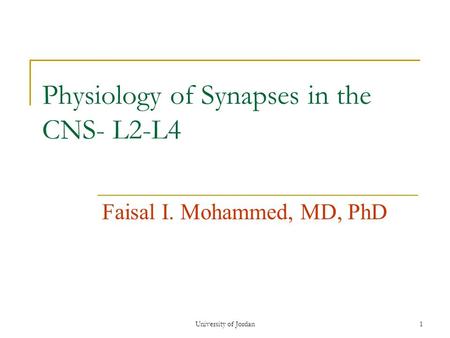 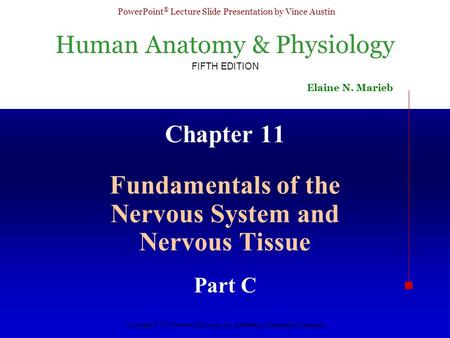 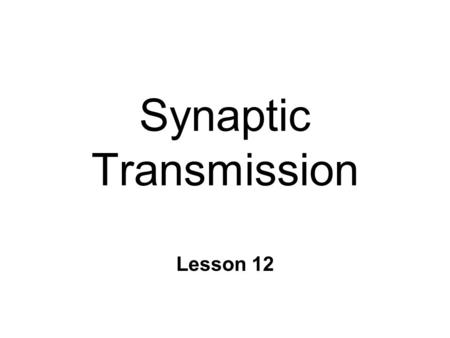