Presentation on theme: "Pests and Pest Control. Pests Any troublesome, destructive, or annoying organism Insects eat about 13% of all crops in North America Only 1/8 th of insects."— Presentation transcript:

2 Pests Any troublesome, destructive, or annoying organism Insects eat about 13% of all crops in North America Only 1/8 th of insects are pests.

5 Pesticide Resistance The ability of pests to survive exposure to a particular pesticide. –Occurs when large amounts are sprayed continually –Pest population evolve resistance to the pesticide

9 A Harmful Pesticide Chlorinated Hydrocarbons –cheap, easy to use, kills many different insects, kills long after application, doesn’t wash away by rain, may not be very toxic to humans –Example: DDT was banned in the United States in 1972 but is still found in foods decades later stored in body fats

10 Bioaccumulation When something, such as a pesticide, becomes more and more concentrated as it moves up the food chain –DDT caused eggshell thinning in eagles and ospreys

13 VNT plant varieties that are resistant to certain fungi, worms, and viruses

14 Natural Chemicals From plants are sold as pesticides –less harmful to humans and animals and is biodegradable Example: chrysanthemums

18 Genetic Engineering Using technology in which genetic material in a living cell is modified. –Take genes from one organism and introduce them into another organism –Creates genetically modified (GM) plants Used for pesticide resistance Increased “life” of produce Improved taste

Download ppt "Pests and Pest Control. Pests Any troublesome, destructive, or annoying organism Insects eat about 13% of all crops in North America Only 1/8 th of insects." 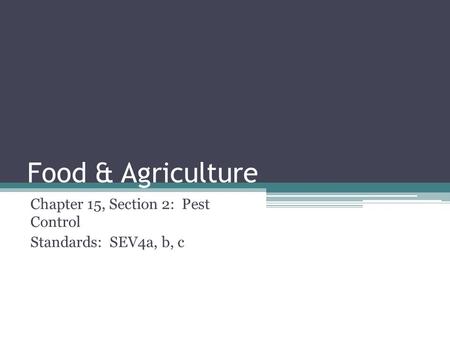 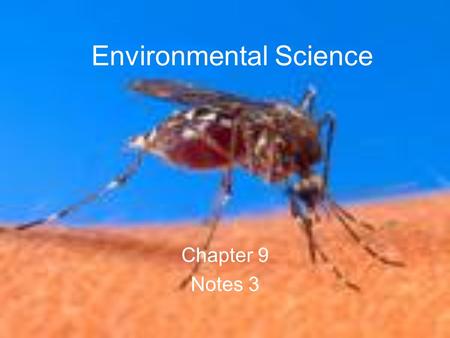 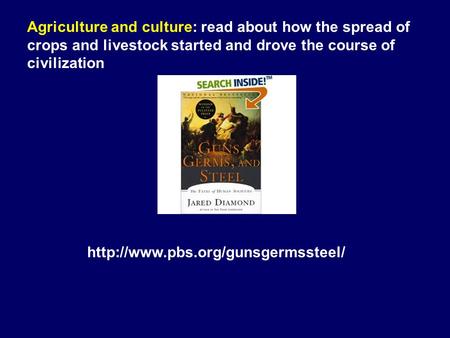 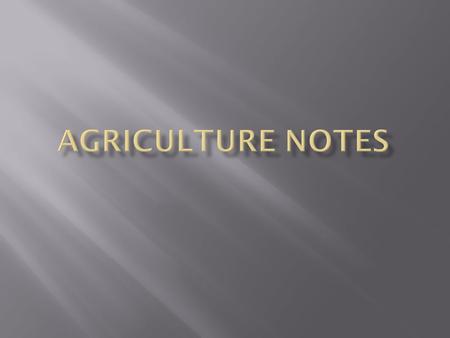  Fossil evidence indicates that modern humans evolved in East Africa about 200,000 years ago  During most of their existence they survived by hunting. 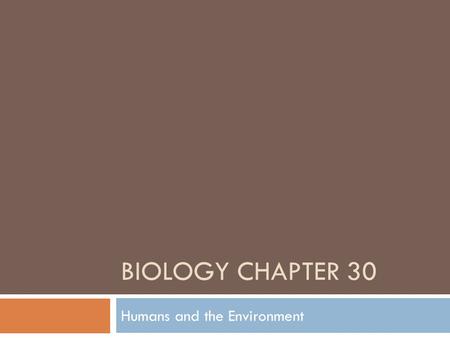 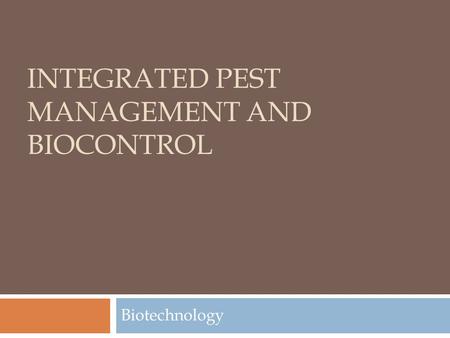 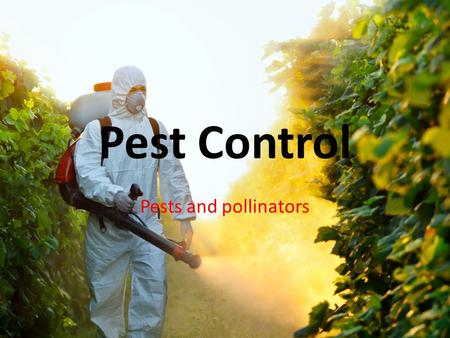 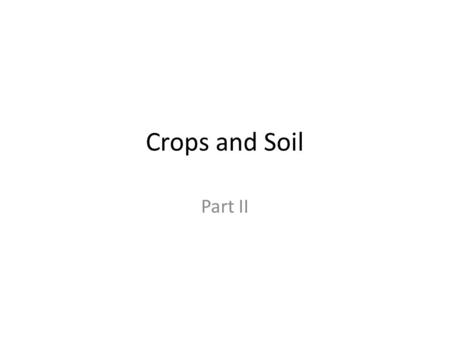 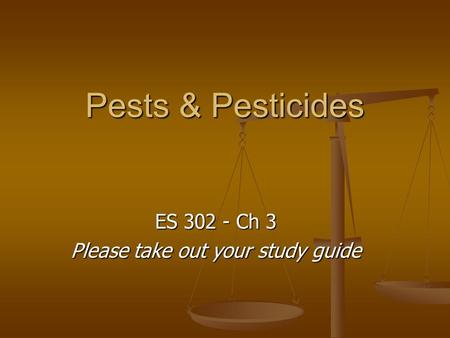