“Gone to Texas”. The Trouble with Territory Both Spain and Mexico had trouble governing its northern territories (including California, New Mexico, Arizona,

Presentation on theme: "“Gone to Texas”. The Trouble with Territory Both Spain and Mexico had trouble governing its northern territories (including California, New Mexico, Arizona,"— Presentation transcript:

4 A Mexican invitation... The Mexican government offered land grants to American farmers in an effort to make land more productive. Americans had to agree: 1)to become naturalized Mexican citizens 2)To obey Mexican laws 3)To pay Mexican taxes 4)To become Catholic and, 5)To forbid slavery (after 1829) Moses and Stephen Austin organized 297 families to take the grants and move into Texas.

5 Mexico Reverses Course Concerned that Texas was becoming too close with its American trading partners and an alarming disregard for the Mexican authority, Mexico City decided to restrict rights in Texas. By 1830, Mexico closed its borders and introduced a new series of taxes. Ignoring these laws, Americans continued to immigrate (illegally) into Texas. Between 1830- 1834, American populations doubled. By 1833, Americans outnumbered Mexicans (Tejanos) in Texas 30,000 to 4,000. Also in 1833, a new leader, Antonio Lopez de Santa Anna, came to power in Mexico. He was a military leader and would act more like a dictator than a President.

8 Problems facing the Lone Star Republic Houston and the Lone Star Republic would like to become a part of the United States (protection, large debt...) In 1838, Houston invited US to annex Texas, however... 1)Abolition groups were concerned over extending slavery. 2)unclear borders with Mexico (Rio Grande or Rio Nueces) 3)possible war with Mexico.

Download ppt "“Gone to Texas”. The Trouble with Territory Both Spain and Mexico had trouble governing its northern territories (including California, New Mexico, Arizona," 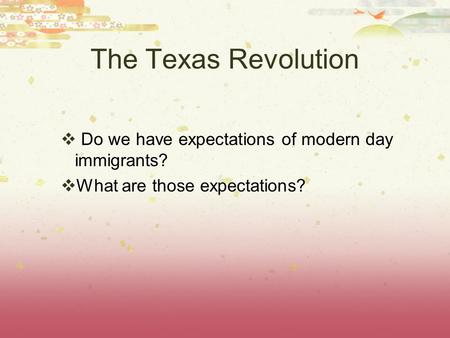 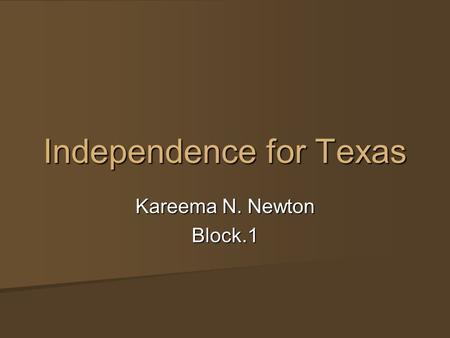 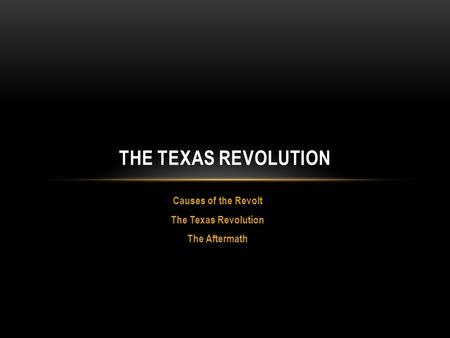 Causes of the Revolt The Texas Revolution The Aftermath 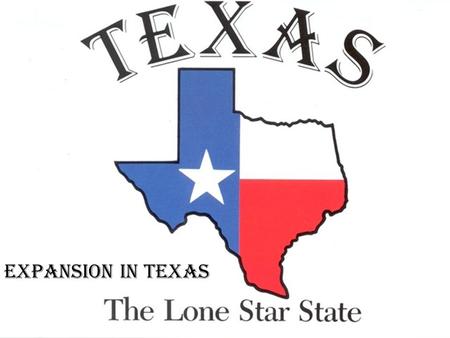 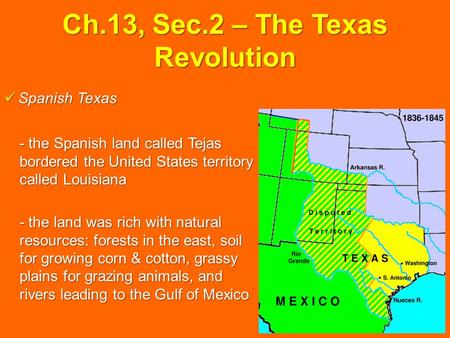 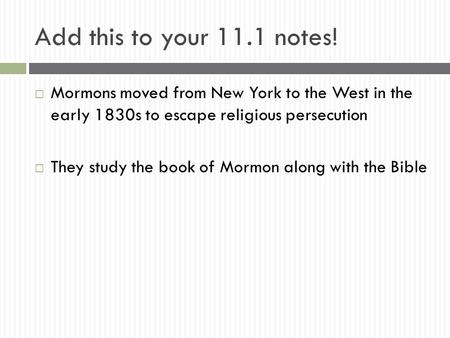 Add this to your 11.1 notes!  Mormons moved from New York to the West in the early 1830s to escape religious persecution  They study the book of Mormon. 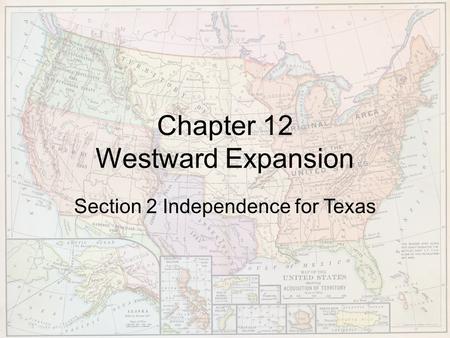 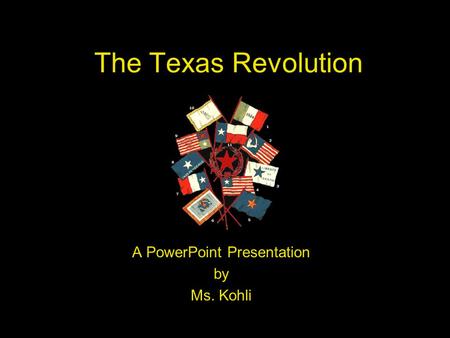 A PowerPoint Presentation by Ms. Kohli 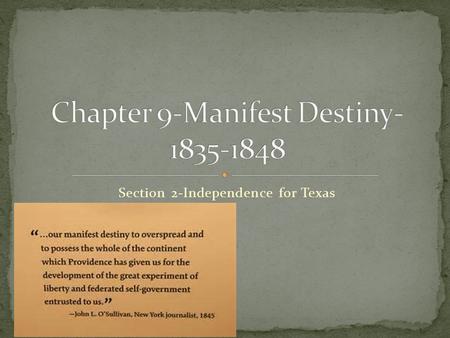 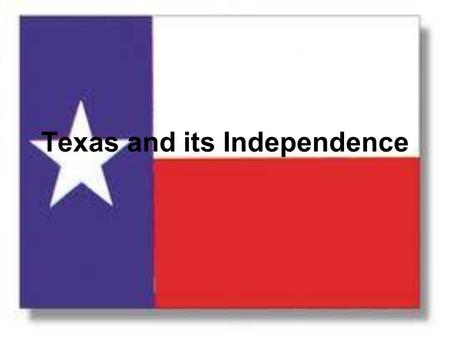 Texas and its Independence 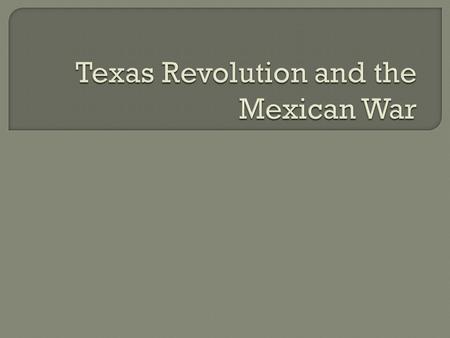 Texas Revolution and the Mexican War 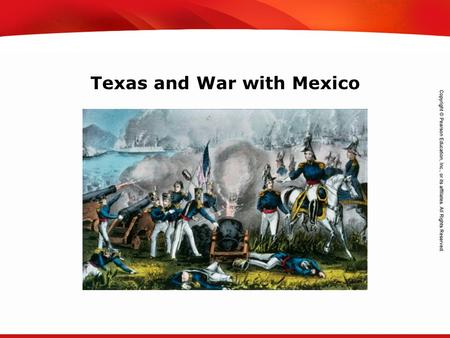 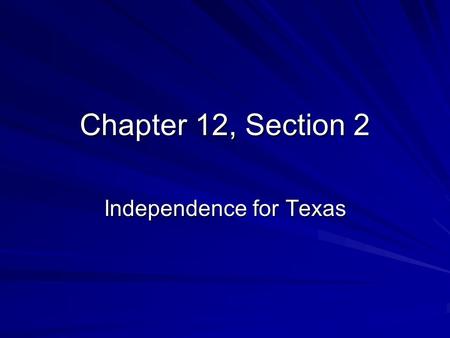 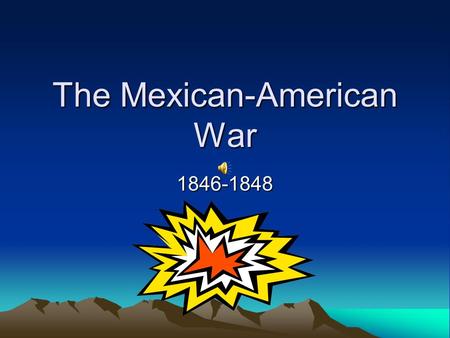 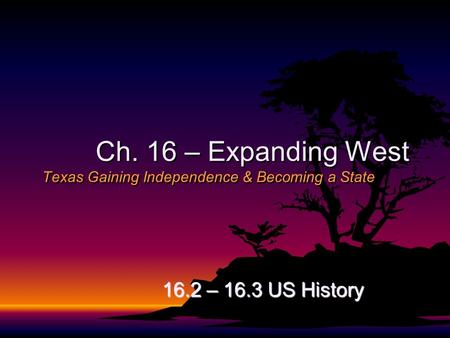 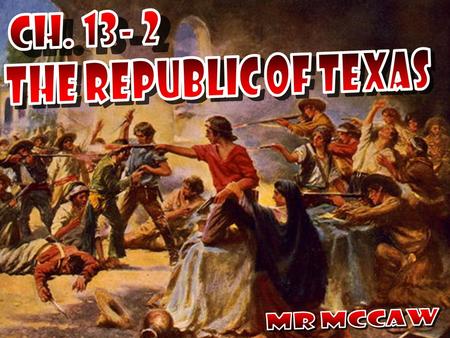 1 Where is TEJAS (Texas)? 1 TEJAS was a Spanish controlled land that bordered the United States territory. 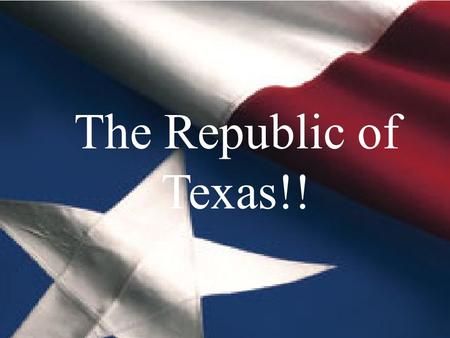 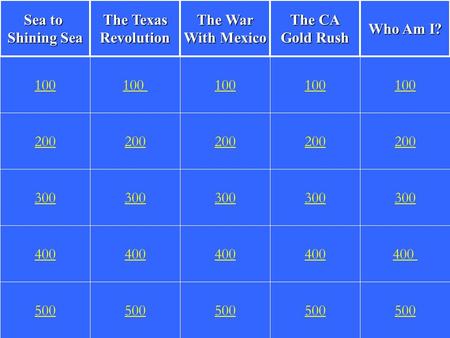 Trails West The Texas Revolution The War with Mexico. 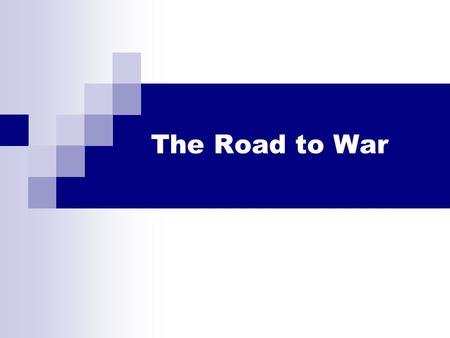 The Road to War In 1821, Mexico won its independence from Spain. Mexico became an independent republic. 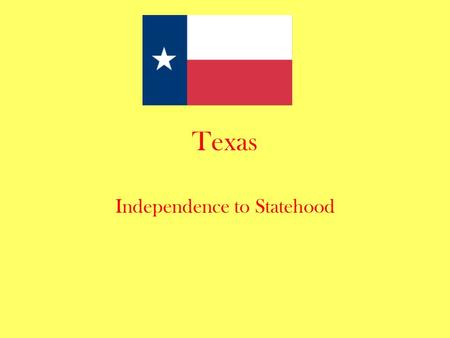