5 Slide 5 BGP in 2001 Growth in Internet table size contained at roughly 105,000 entries through the year Is this a stable state? For how long? Will exponential growth resume? If so, at what rate?

7 Slide 7 Has the Internet Stopped Growing in 2001? A number of other metrics do not show the same pattern as the number of BGP table entries: Total routed address space Number of ASs Number of root prefixes in the BGP table

11 Slide 11 Per-Prefix views Some 60% of the routing table are /24 or smaller Better management of the routing space would see the relative numbers of small-sized prefixes declining And we have observed this in 2001…..

19 Slide 19 Whats Happening More specific entries in the routing table are declining in relative terms Possibly due to: increasing amount of prefix-length route filtering Increasing peer pressure to conform to RIR- allocated prefixes Better understanding in the operator community of how to manage the routing space

23 Slide 23 Average number of AS Neighbours

30 Slide 30 The Good News BGP Table growth has been slowed down considerably This is largely the result of more care in routing announcements, coupled with more widespread prefix length route filters.

31 Slide 31 The Not So Good News Insufficient data to determine if this is a short term growth correction that will be followed by a resumption of exponential growth Multi-homing, TE, mobility all contribute to a requirement for non-aggregatable atomic entries to be non-locally routed.

34 Slide 34 A Useful Agenda (3) Define the desireable properties of an inter-domain routing system Clearly understand the difference between policy mediated best path computation and the dynamic resource management requirements associated with traffic engineering and QoS and be prepared to admit that doing 1 out of 3 is still better than doing 0 out of 3! 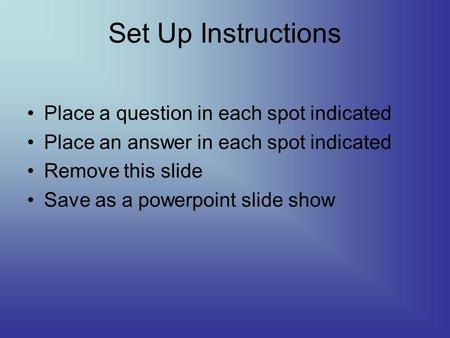 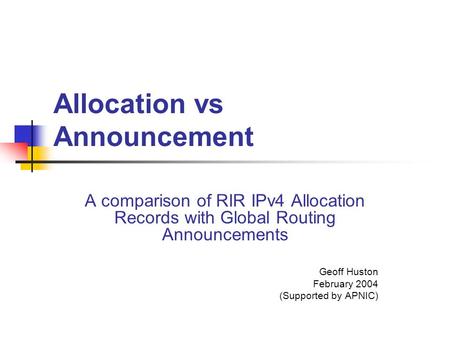 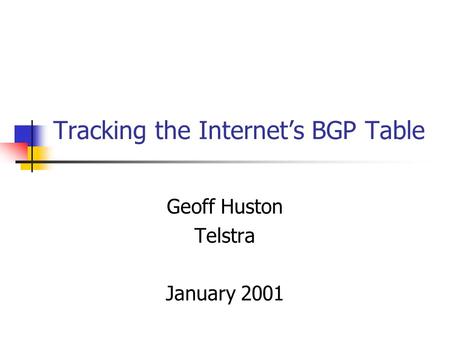 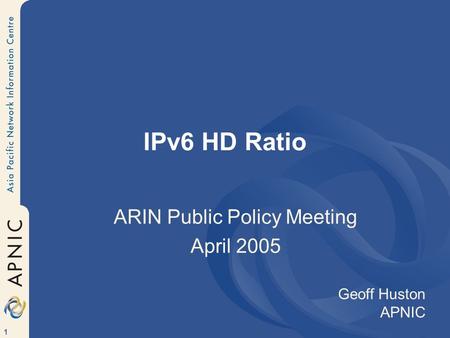 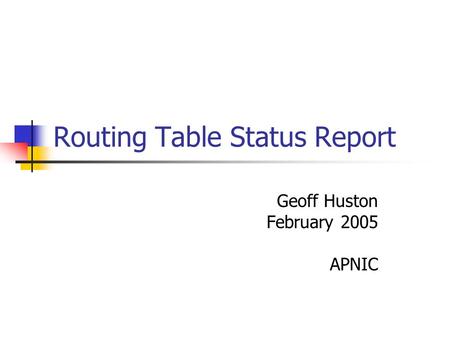 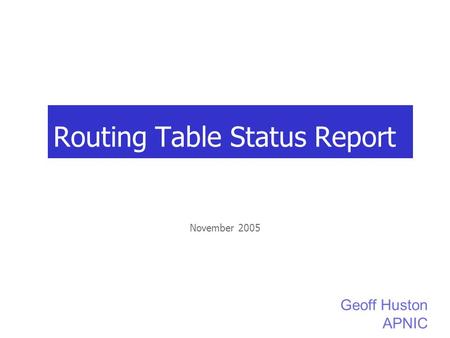 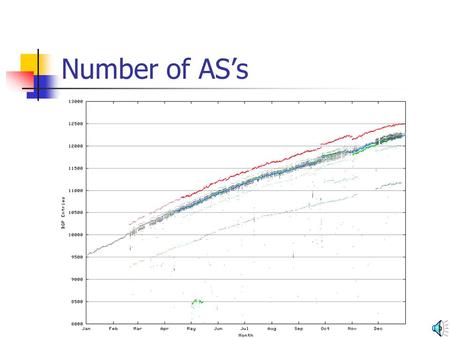 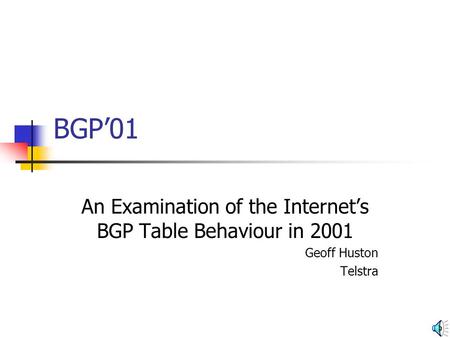 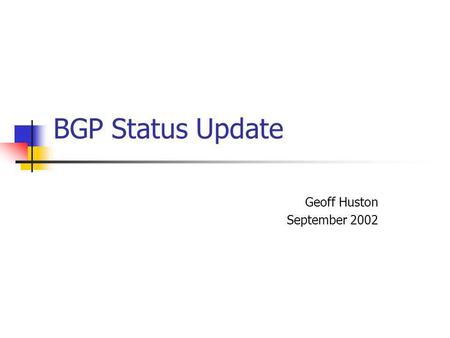 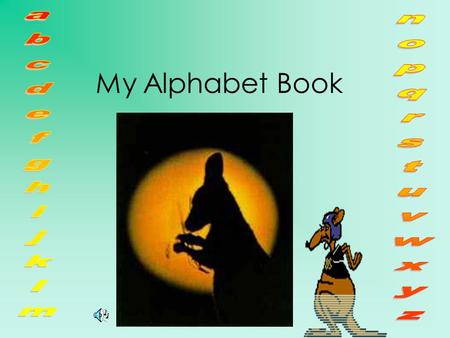