2 See a GOLD star? If the slide or slides that show a GOLD STAR like this one  It indicates THAT is a slide to write down in your notes. Those without a gold star do NOT need to be put into your notes. OK?

3 Characterization The methods used by the author to create or reveal the characters in a story. There are two types of characterization: direct or indirect

5 Direct Characterization
The method of character development in which the author simply TELLS you what the character is like. For example, “Miss Alice was the nicest person you would ever want to meet,” is direct characterization.

6 Direct Characterization
When directly characterizing, think TELLING! An author will straight forwardly, straight up, and directly (TO THE POINT) tell you character traits.

7 Indirect Characterization
The method of characterization that is most similar to the way we learn about people in real life. Using indirect characterization, the author presents the character’s personality through what he/she says, his/her actions, or how other characters relate to him/her. You must then draw your own conclusions about the character.

8 Indirect Characterization
When indirectly characterizing, think SHOWING! An author will, in a round about and jagged arrow, present or SHOW you character traits. You have to read between the lines to understand the character’s traits.

10 Description A is an example of direct characterization because….
The author comes right out and tells you that James was always ANGRY, and that he was LOOKING for a fight almost constantly.

11 Example of Direct or Indirect Characterization?
Stanley’s eyes blazed as he surveyed the room. The corners of his mouth pointed in a decidedly southerly direction. Carol moved aside as he stalked past her. “Look out for Stan,” she whispered to Bart. “He’s in another one of his moods. I’d stay far away if I were you!” INDIRECT

12 Description B is an example of indirect characterization because...
We can TELL from his angry eyes, frowning mouth and the way he walked that he is angry. Also, we can see that others are somewhat frightened by him by observing their reactions. Carol moves aside and warns Bart to avoid Stanley.

13 Which method is more effective in developing the character?
Why do you think so?

17 Types of Characters The protagonist (or typically the main character) is the central figure in the work; the good guy. The antagonist is the character or force pitted against the protagonist; the bad guy.

18 More types of characters:
A static character does not change through the course of the action. A dynamic character is one who does change.

20 Don’t forget the Stock Character…
A stock character (stereotype) is one found again and again in literary works. An example of a stock character is that of the mad scientist that appears over and over in different works – such as Dr. Evil, Dr. No, or Dr. Frankenstein.

23 The protagonist is usually…
The central character - good guy. A character the reader can identify with; they’re relatable. Has a rounded personality (we hear what they say, what others say about them, we know what they think and how they feel). And/Or also character with a dynamic personality.

27 QUIZ TIME 7. A superhero would be which type of character?
a) flat/round b) flat/static c) flat/dynamic d) static/dynamic 8. A character who’s so one-dimensional they’re predictable is: a) static b) flat c) round d) Dynamic 9. A dynamic character... a) doesn't change b) changes physically c) changes personality

28 QUIZ TIME 10. Most protagonists are: a) flat/static b) flat/round
c) round/dynamic d) round/static 11. Most minor characters are: 12. Personally, [insert your name here] is which character type: round dynamic flat or static

29 Character Motivation A motive is a reason that explains or partially explains a character’s thoughts, feelings, actions, or speech. If the motives of a main character are not clear, then the character will not be believable. Characters are often motivated by needs, such as food and shelter. They are also motivated by feelings, such as fear, love, and pride. Motives may be obvious or hidden.

30 Character’s Qualities or Traits
The personal traits that make up the character’s personality.

31 Dialogue Dialogue is a conversation between two or more people. Dialogue is usually set off by quotation marks to indicate a speaker’s exact words.

Download ppt " a person or animal in a story" 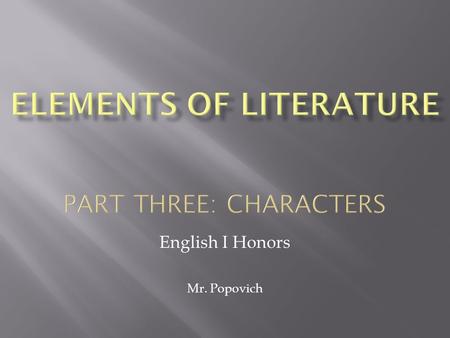 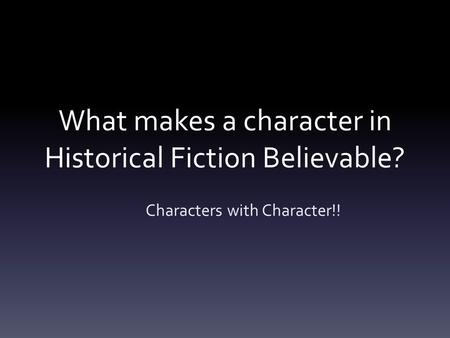 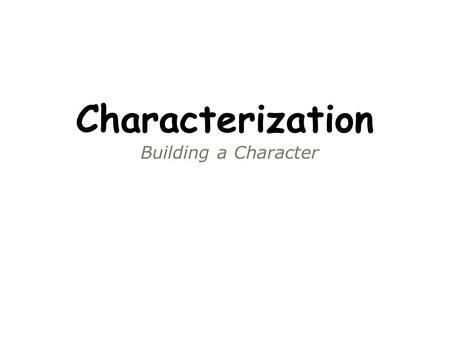 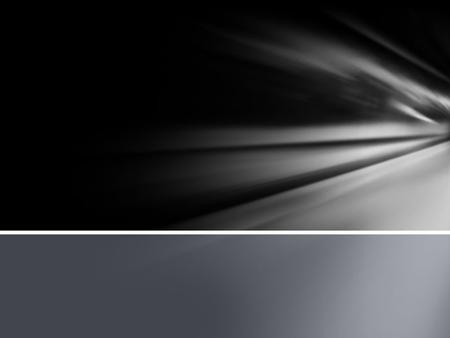