1 Human Impacts on the Environment

3 Population All the members of a species living in a given area
Human population has exploded over the last couple centuries due to improved health care, clean water, etc

4 Carrying Capacity The largest number of individuals of a given species that Earth’s resources can support and maintain for a long period of time populations that exceed carrying capacity will begin to die off due to lack of resources (food, water, space)

6 Humans Using Land - Forest Resources
Trees are cut down to make wood and paper products, and to clear land for development Deforestation removal of large area of forests for human purposes

13 Positive actions Reusing, Reducing, & Recycling Composting
Reduces the amount of trash that ends up in landfills. It involves mixing food scraps, leaves, and grass clippings and adding the decayed product to soil.

17 Positive Actions National Initiatives: How You Can Help:
Clean Water Act regulates sources of water pollution Safe Drinking Water Act protects supplies of drinking throughout the country How You Can Help: Reduce use of harmful chemicals Dispose of waste safely Conserve water

18 Impacts on the Atmosphere

20 Types of Air Pollution – Acid Rain
rain or snow that has a lower pH than that of normal rainwater makes soil more acidic, making it difficult for plants to survive

25 Health Disorders Air pollution can cause respiratory problems, including asthma attacks, in which the passageways in the lungs become narrower and breathing becomes difficult. The government measures and reports air quality using the Air Quality Index, which is a scale that ranks the level of ozone and other pollutants.

26 Positive actions Montreal Protocol Clean Air Act
Countries around the world have agreed to phase out CFC’s and to lower emissions of green house gases to help reduce problems due to Air pollution Clean Air Act Since it was passed in 1970, we have seen a 50% reduction in pollutants that cause acid rain and a 90% reduction in air pollution from factories. 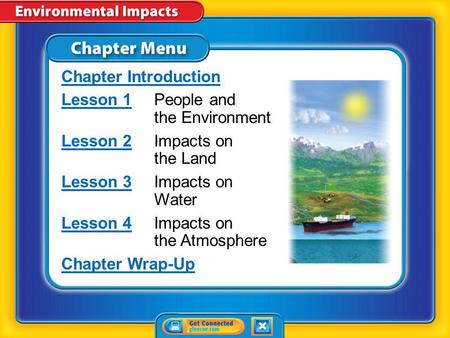 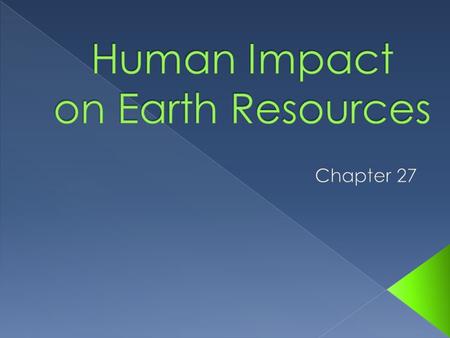