2 How did the north and south differ and how did these differences set the stage for conflict?

3 Introduction As American citizens, Northerners and Southerners shared a fierce pride in their country and a faith in democracy. Yet their outlooks and attitudes about many things were quite different. The two areas also differed in their economies, transportation systems, and societies. Between 1800 and 1850, these differences led to sharply conflicting views on many national issues - so much so that, at times, Northerners and Southerners seemed to be living in two separate worlds.

4 north: geography The New England coast had hundreds of bays that were perfect for use as harbors. Shipbuilding, fishing, and commerce flourished in this area. Inland lay flat plains with rocky soil. Farming was not easy. Many New Englanders found that they could make money by harvesting timber (wood) that was used for shipbuilding and trade. In the southern part of the North, people could support themselves by farming as rivers like the Hudson and Delaware had deposited rich soil.

5 south: Geography Compared to the North, the Southern states enjoyed mild winters and long, hot, humid summers. Plentiful rainfall and a long growing season made this the perfect place for raising crops that would not survive in the North. Most people in the South were farmers. Southern states thrived on cash crops such as indigo, rice, sugarcane, tobacco, and corn. Towns flourished along its many broad rivers.

6 North: economy When the Industrial Revolution hit the United States in the early 1800s, the economy of the North expanded rapidly. New inventions and manufacturing methods made goods cheaper and more plentiful, allowing northern industrialists to grow very wealthy. Factory owners tended to favor a strong national government that could promote improvements in manufacturing, trade, and transportation.

7 south: economy Southern agrarians, however, looked down on the newly rich industrialists and the laborers who worked for them, calling them “wage slaves”. They also worried that Northern interests might grow too powerful and threaten the South’s way of life. Southerners favored a way of life based on farming, especially large plantation owners who did not have to do the work themselves. With the invention of the cotton gin, cotton became the South’s greatest cash crop, earning more than all other U.S. exports combined.

8 north: transportation
Factory owners in the North needed fast, inexpensive ways to ship their goods to distant customers. Smooth roads were built to connect eastern and western states. However, even with better roads, river travel was still faster and cheaper. Steamboats - although dangerous - were widely used. Inspired by their success, inventors developed steam-powered locomotives. Soon, the North’s biggest business would be laying railroads to connect factories to cities hundreds of miles away.

9 South: Transportation
In the South, people and goods continued to move on rivers. The slow current and broad channels of Southern rivers, especially the Mississippi River, made water travel easy and relatively cheap. New Orleans, being located at the mouth of the Mississippi, became one of the South’s few big cities. Some railroads were built to connect the North and South but most southerners opposed the use of federal funds to build railroads because they thought it would benefit the North far more than the South.

10 north: society By the mid-1800s, more and more Northerners were living in big cities. They often lacked sewers and paved streets. In dirty and crowded neighborhoods, disease spread rapidly. Although blacks in the North were free (Northern states had taken steps to end slavery following the Revolution), they were not treated as equal to whites. In most states, they could not vote, hold office, serve on juries, or attend white churches and schools. Because few employers would give blacks high paying jobs, most worked as laborers or servants.

11 North: society Blacks were not the only Americans facing resentment or mistreatment in the North. Four million immigrants - most from Ireland and Germany - had swelled the North’s population. Some immigrants had enough money to buy land but most settled in cities where they found jobs in factories. Because immigrants would accept low wages, they were thought to be taking away jobs from native-born Americans. They were also resented if they were not Protestant like most New Englanders.

12 South: society Many Southerners measured wealth in terms of land and slaves. As a result, there was a rigid class structure with a few rich plantation owners at the top, white farmers and workers in the middle, and blacks - mostly enslaved - at the bottom. As long as the slave economy would be preserved, the South had little incentive to make progress culturally. Even religion was affected as Southern churches defended slavery. Northern churches called the practice “un-Christian”.

13 South: society The South’s wealthy enjoyed a leisurely way of life filled with parties and social visits. Sons often went off to college while daughters were brought up to be wives and hostesses. Public schools were limited and often inferior to those in the North. A small minority of African Americans in the South were free. They were often forced to wear special badges, pay extra taxes, and live separately from whites. The great majority of Southern blacks were slaves who worked as servants in the home or as laborers in the fields. 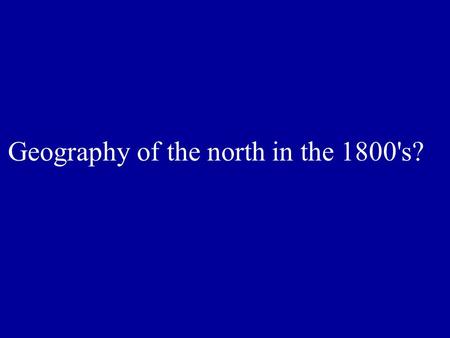 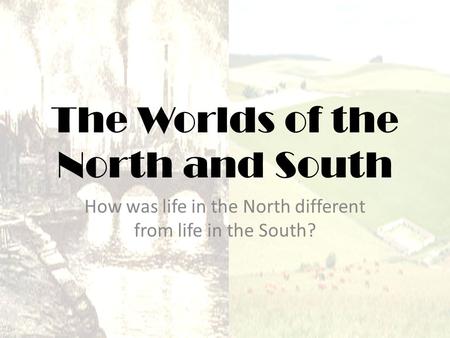 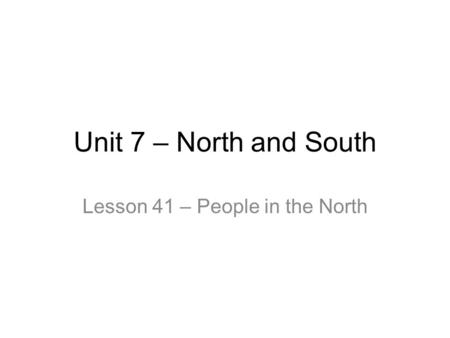 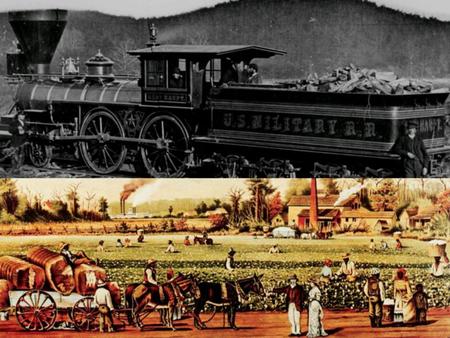 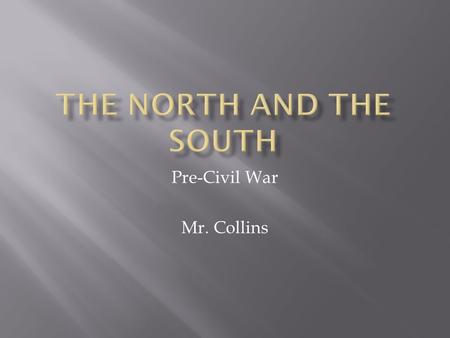 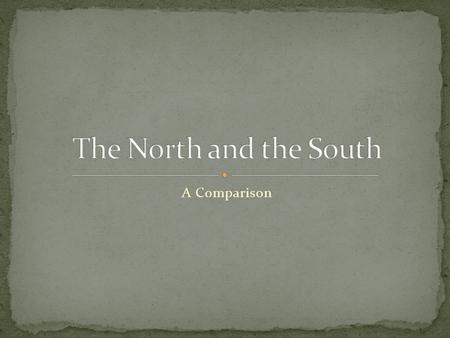 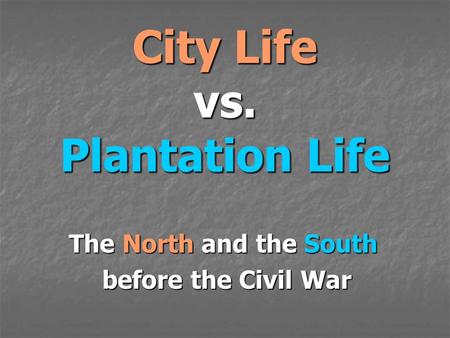