1 28.4 Turmoil and Change in Mexico
Political, economic, and social inequalities in Mexico triggered a period of revolution and reform.

10 The French Invade Mexico
Conservatives conspired with the French Under Napoleon III, the French took over Mexico in 1862 War proved to be too costly and so the French withdrew Juarez reappointed as President Rebuilt, opened new roads, railroads, telegraph system, educational system Maximilian I of Mexico (below) Napoleon III of France (above)

11 Porfirio Díaz and “Order and Progress”
Served those that supported him, elections were not necessary Terrorized non supporters “Order and Progress” Railroads expanded, banks were built, currency stabilized Farmers did not put land to good use, poverty rose

13 Revolution and Civil War
Francisco Madero Educated in U.S. and France Sought democracy Presidential candidate in 1910 He was arrested and exiled to U.S. by Díaz. In 1911, after Diaz agreed to step down, Madero was elected president. He was considered too liberal for some and too conservative for others. Villa and Zapata later opposed him after initially supporting him by force. Madero resigned on February 19, He was murdered, probably on the orders of General Victoriano Huerta, three days later. 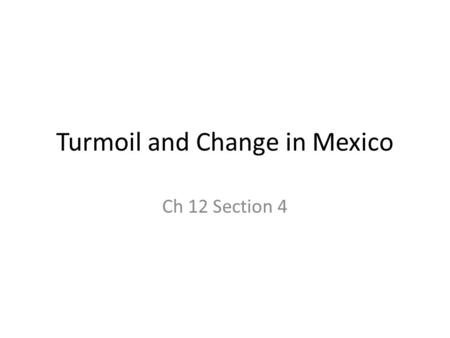 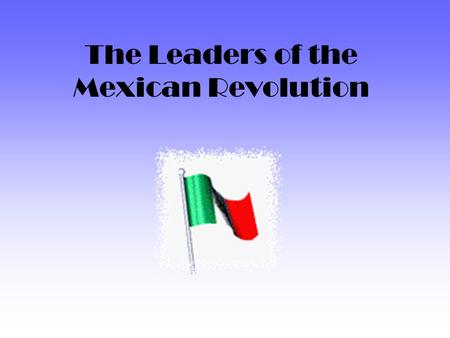 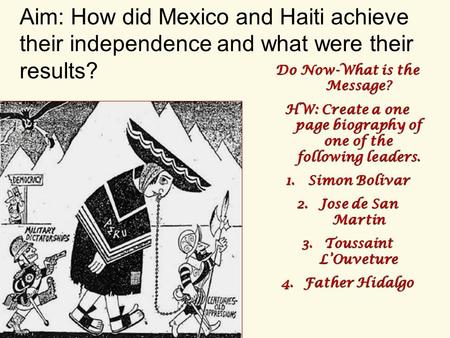 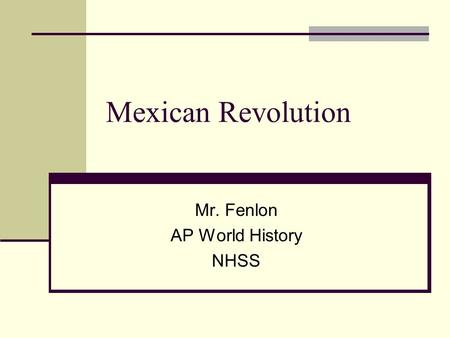 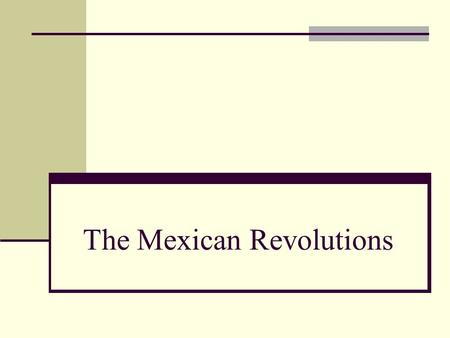 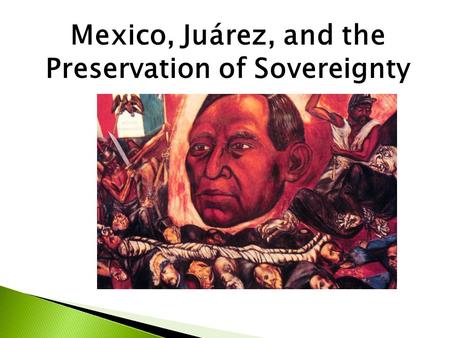 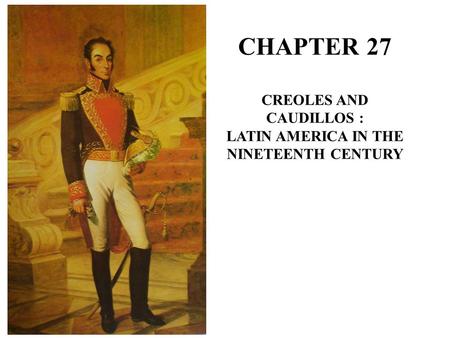 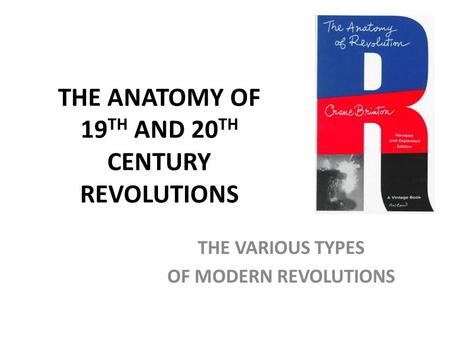 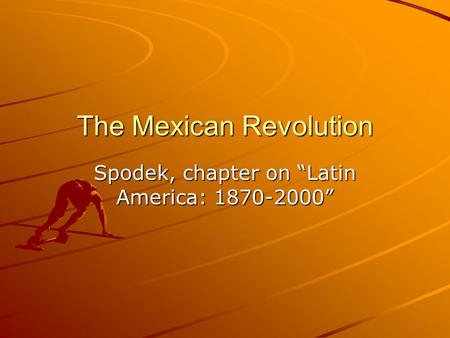 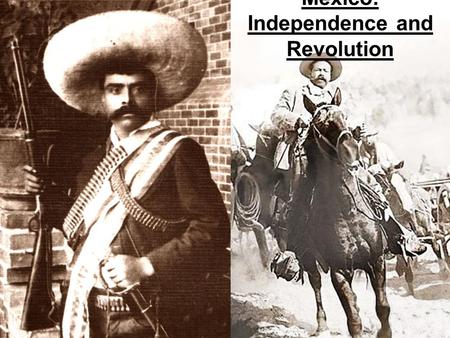 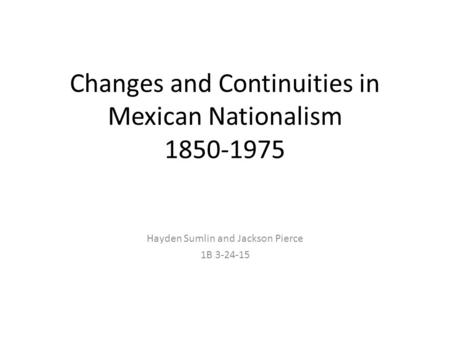 Changes and Continuities in Mexican Nationalism 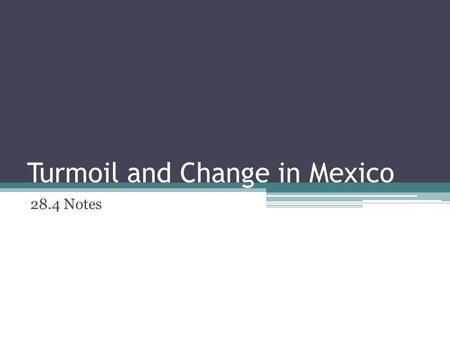 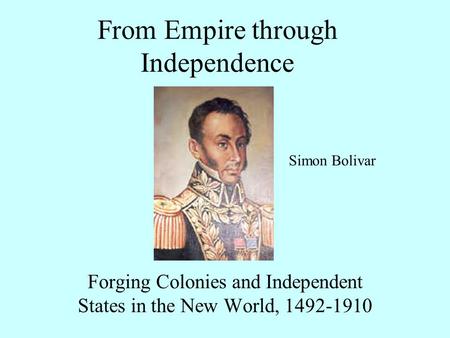 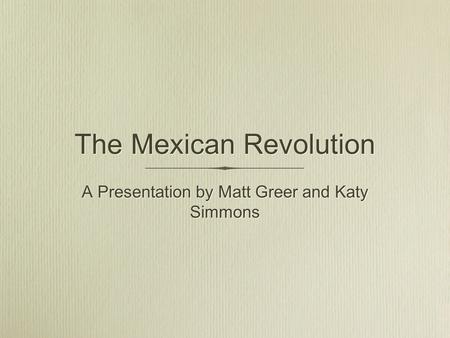 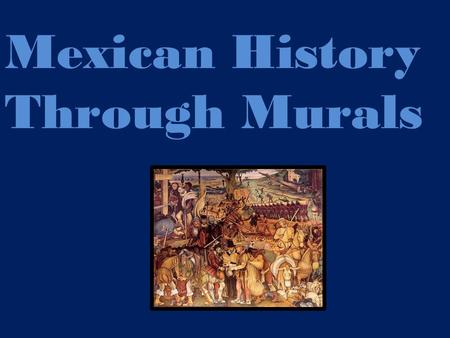 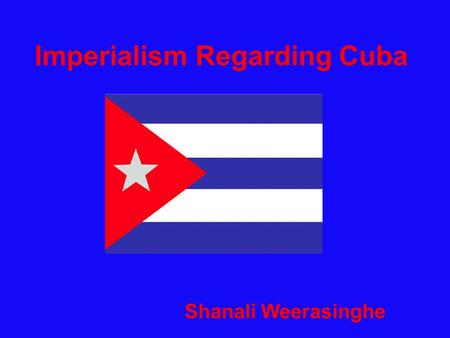 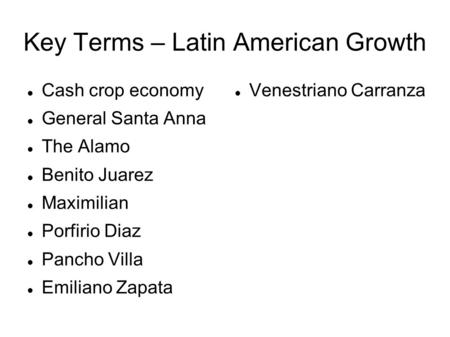