2 Should the use of coal in America be expanded?
Yes No

3 Formed from ancient plants. Coal beds were prehistoric swamps.
Can be considered to be “stored” solar energy. Photosynthesis: CO2 + H20 + solar energy  carbohydrates + O2 We can also run the process backwards and burn carbs to get energy, water and carbondioxide.

4 Normally when a plant dies it decomposes.
If there is not enough Oxygen, it can’t completely decompose, thus we get a slow accumulation of energy. In a swamp, the bacteria that decompose the plants also use up the Oxygen. Coal found today formed between 1 and 440 million years ago.

5 Steps to becoming coal:
Peat Lignite Subbituminous Bituminous Anthracite The major difference is the percentage of the coal that is Carbon. Higher Carbon concentration means better quality coal. (in general)

8 The largest amount of US coal is Bituminous.
Approximately 1% is Anthracite. (Found in Pennsylvania.) Many coal veins have a high sulfur content. Significant contributor to acid rain. S+O2SO2 SO2 combines with water in atmosphere to form sulfuric acid. Limits the use of those coals (some progress is being made in technology to use high sulfur coal)

13 Should mountain top removal be removed?
Yes No

14 US Coal Reserves by Type

21 A thick shroud of haze lingers over China, turning the sky an opaque grey. Beijing, China's capital, is situated under the densest portion of the smog layer. The aerosol pollution can be seen blowing eastward across the Bo Hai Bay and Yellow Sea reaching as far as North and South Korea and the islands of Japan. (NASA)

29 Estimated that we have enough reserves for 200-300 years at current production rates.
Use may be expanded Replace aging oil/natural gas/nuclear electric plants More demand for electrical energy Alternative uses such as coal gasification.

31 Adverse Effects of Coal
Millions of tons of waste products Acid rain from high sulfur coal Interference with groundwater Impact of water use on flows of rivers and consequential impact on other land-uses Coal-fired power plants without effective fly ash capture are one of the largest sources of human-caused background radiation exposure Coal-fired power plants shorten nearly 24,000 lives a year in the United States, including 2,800 from lung cancer[44] Coal is the largest contributor to the human-made increase of CO2 in the air[46]

32 Should the use of coal in America be expanded?
Yes No 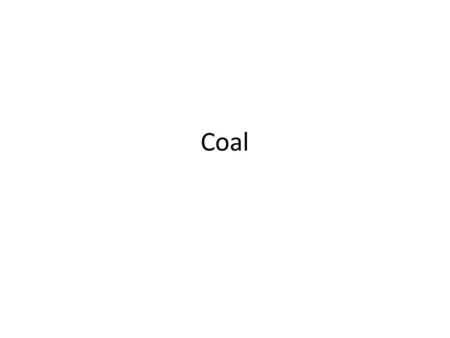 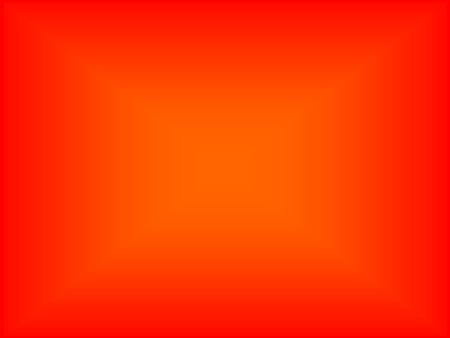 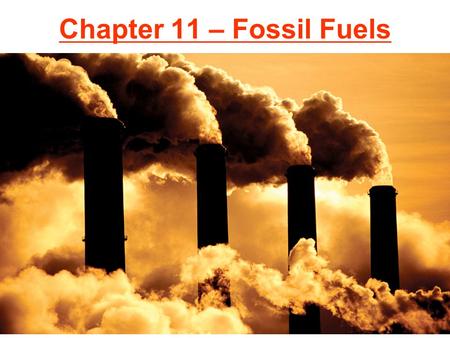 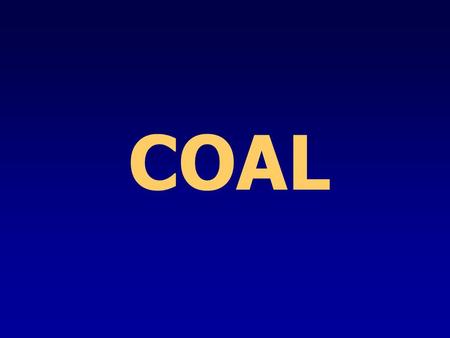 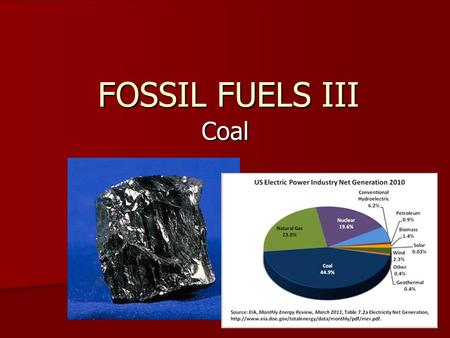 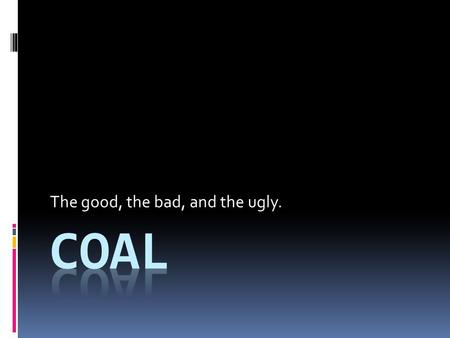 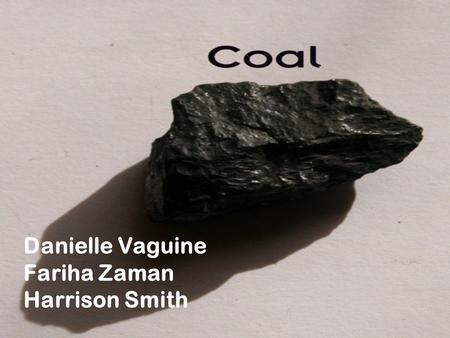 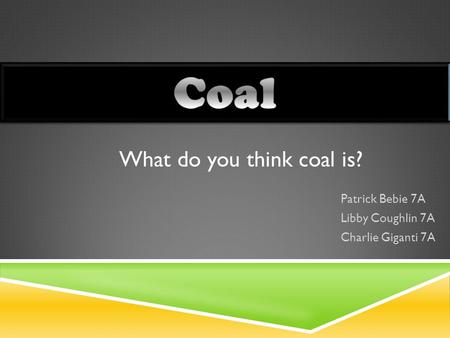 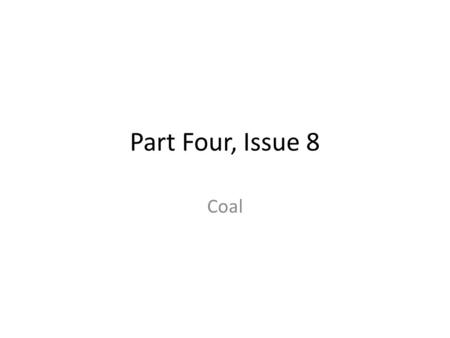 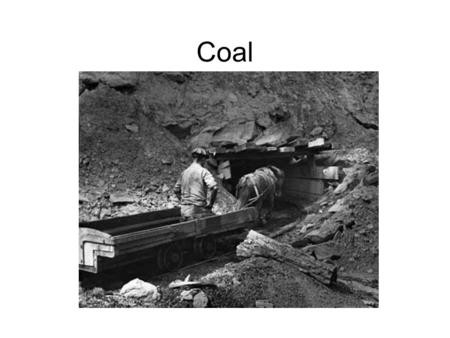