3 Introduction Three aspects of the ECF and ICF that are crucial to the whole animal and to its individual cells: The osmotic balance Total fluid volume of the body Acid –base status The osmotic balance is determined primarily by the total concentration of major solutes. Total fluid volume of the body directly affects circulatory pressure Acid-base balance of body fluid may alters by hydrogen ions (measured as pH), This is crucial to the entire organism because protein structure and function is typically highly dependent on the concentration of hydrogen ions around them.

4 Introduction The term of acid-base balance refers to the precise regulation of free hydrogen ion (H+) and hydronium ion (OH-) concentration in the body fluids. Acids are a special group of hydrogen-containing substances. A strong acid has a greater tendency to dissociated in solution than does a weak acid. Acids are a special group of hydrogen-containing substances that dissociate when in solution to liberate free H+ and anions. Many other substances (for example carbohydrates) also contain hydrogen, but they are not classified as acids. Because the hydrogen is tightly bound within their molecular structure and is never liberated as free H+.

6 Acid-base balance in body fluids
The normal pH of arterial and venous blood Acidosis exists whenever the blood pH falls below 7.35 Alkalosis occurs when the blood pH is above 7.45 Death can occur if arterial pH falls outside of the range of The pH of venous blood is slightly lower than that of arterial blood (7.35 vs 7.45) because of H+ generated by the formation of H2CO3 from CO2 picked up at the tissue capillaries. Alkalosis occurs when the blood pH is above 7.45. Note that the reference point for determining the body’s acid-base status is not neutral pH (6.81 at 37◦C), but the normal plasma pH of 7.4. Thus a plasma pH of 7.2 is considered acidotic even though in chemistry a pH of 7.2 is considered basic.

8 Acid-base balance in body fluids
Fluctuations in hydrogen ion concentration have profound effect on body chemistry. Even small changes in [H+] have dramatic effect on proteins. The most prominent whole body consequences of fluctuations in [H+] are changes in excitability of nerves and muscle cells. Even slight deviations in [H+] alter the shape and activity of protein molecules, for example, respiratory pigments do not deliver oxygen properly. Also because enzymes are proteins, a shift in the body’s acid-base balance disturbs the normal pattern of metabolic activity catalyzed by these enzymes. Some cellular chemical reactions are accelerated; others are depressed. Increased [H+] (acidosis) depress the central nervous system. In contrast, the major effect of alkalosis is overexcitability of the nervous system, first the peripheral and later the central nervous system.

10 Acid-base balance in body fluids
CO2 + H2O H2CO H+ + HCO3- In some cell types such as erythrocytes, the reactions rapidly catalyzed by the enzyme carbonic anhydrase (CA). Although in an indirect way the change in OH- intern causes a change in H+ formation from water. These reactions are rapidly reversible and proceeding in either direction depending on the concentrations of the substances involved as dictated by the low mass action. Within vertebrate systematic capillaries, the CO2 level in the blood increases as metabolically produced CO2 enter from the tissues. This drive the reaction to the acid side. In the lungs the reaction is reversed: CO2 diffuses from the blood to the environment. The resultant reduction in CO2 in the blood drives the reaction toward the CO2 side. CO2 + OH HCO3- CA H2O H+ + OH-

14 pH Regulation: Buffers
The Co2-HCO3- buffer system in the ECF. An important example a buffer system in the body is carbon dioxide-bicarbonate. It is very effective ECF buffer system, for two reasons: 1- HCO3- is abundant in the ECF. 2- More importantly, key components of this buffer pair are closely regulated. The kidney regulate HCO3-, and the respiratory system regulates CO2, which generates H2CO3. Because of this relationship, not only do both the kidneys and respiratory organs normally participate in pH control but also, renal or respiratory dysfunction can induce acid-base imbalances by altering the [HCO3-]/[CO2] ratio. َAdapted from Animal Physiology by Sherwood et al. 2005

17 pH Regulation: Excretion
The excretory organs are the third line of defense against changes in [H+] in body fluids. In mammals, the kidneys are the most potent acid-base regulatory mechanism. The kidneys can remove of H+ from any source The kidneys can variably conserve or eliminate HCO3- The excretory systems contribute powerfully to control of acid-base balance by controlling both hydrogen ion and bicarbonate concentrations in the ECF. The excretory organs require hours to days to compensate for changes in body fluid pH, compared to the immediate responses of the buffer systems and the few minutes of delay before respiratory system responds. During renal compensation for acidosis for each H+ excreted in the urine a new HCO3- is added to the plasma to buffer, by means of CO2-HCO3- system.

19 pH Regulation: Excretion
Hydrogen ion excretion by the kidneys The kidneys eliminate H+ derived from sulfuric, phosphoric, lactic, and other acids. Although lungs can adjust H+ by eliminating CO2, However the task of eliminating H+ derived from sulfuric, phosphoric, lactic, and other acids rest with the kidneys. Almost all the excreted H+ enters the urine by means of secretion and for this reason urine is usually acidic, having an average pH of 6.0. No only do the kidneys continuously eliminate the normal amount of H+ that is constantly being produced from non-CO2 sources, but they can also alter their rate of H+ secretion to compensate for changes in [H+] arising from abnormalities in the concentration of CO2.

20 pH Regulation: Excretion
The magnitude of H+ secretion depends on a direct effect of the plasma’s acid-base status on the kidneys’ tubular cells. No neural or hormonal control is involved. When the [H+] of the plasma passing through the peritubular capillaries is elevated above normal, the tubular cells respond by secreting greater than usual amounts of H+ from the plasma into the tubular fluid to be excreted in the urine. Actually the kidneys cannot raise plasma [H+] by reabsorbing more of the filtered H+. َAdapted from Animal Physiology by Sherwood et al. 2005

21 pH Regulation: Excretion
The H+ secretary process begins in the tubular cells with CO2 that has come from three sources: The CO2 diffused from plasma The CO2 diffused from the tubular fluid CO2 that has been metabolically produced within the tubular cells. Under the influence of carbonic anhydrase, CO2 and H2O increase H+ and HCO3-. An energy dependent carrier in the luminal membrane then transports H+ out of the cell into the tubular lumen. In part of the nephron, the carrier is a Na+-H+ exchanger. Thus H+ secretion and Na+ reabsorption are partially linked.

22 pH Regulation: Excretion
The kidneys adjust H+ excretion to compensate for changes in both carbonic and noncarbonic acids. The kidneys regulate plasma [HCO3-] by two mechanisms: Variable reabsorption of the filtered HCO3- back to the plasma. Variable addition of new HCO3- to the plasma.

23 pH Regulation: Excretion
Hydrogen ion secretion coupled with bicarbonate reabsorption (mammalian kidney). Because the disappearance of a filtered HCO3- from the tubular fluid is coupled with the appearance of another HCO3- in the plasma, HCO3- is considered to have been reabsorbed. َAdapted from Animal Physiology by Sherwood et al. 2005

24 pH Regulation: Excretion
Hydrogen ion secretion and excretion coupled with the addition of new HCO3- to the plasma. (mammalian kidney). Secreted H+ does not combine with filtered HPO42- and is not subsequently excreted until all the filtered HCO3- has been reabsorbed. Once all the filtered HCO3- has combined with secreted H+, further secreted H+ is excreted in the urine, primarily in associated with urinary buffers such as basic phosphate. Excretion of H+ is coupled with the appearance of new HCO3- in the plasma. The new HCO3- represents a net gain rather than being merely a replacement for filtered HCO3-. َAdapted from Animal Physiology by Sherwood et al. 2005 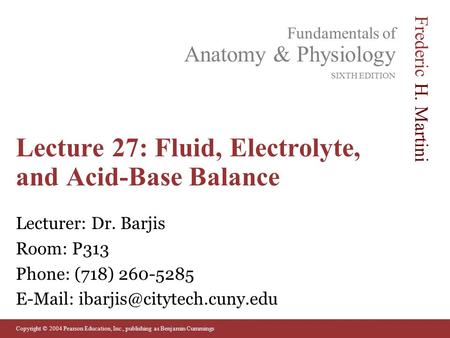 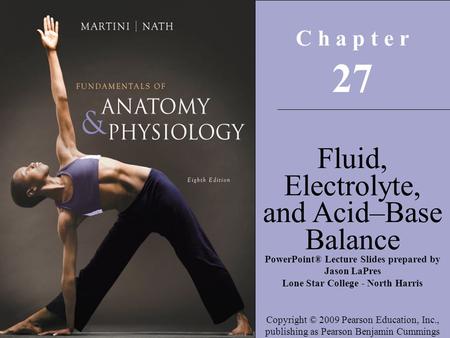 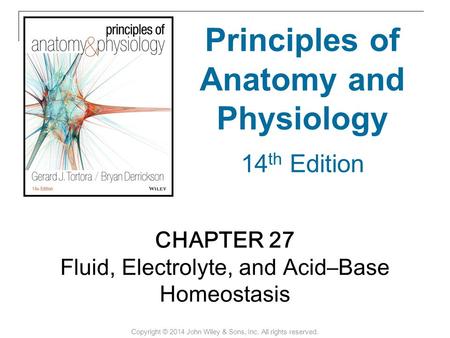 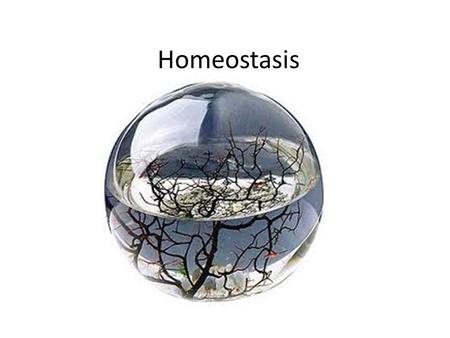 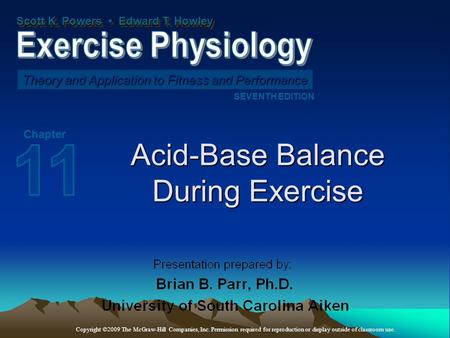 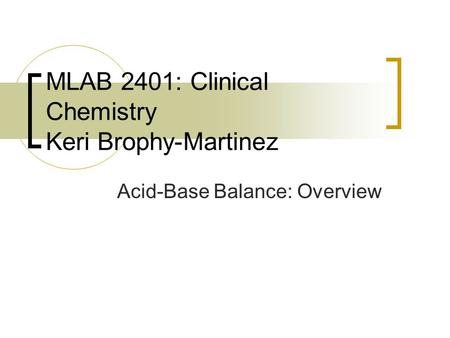 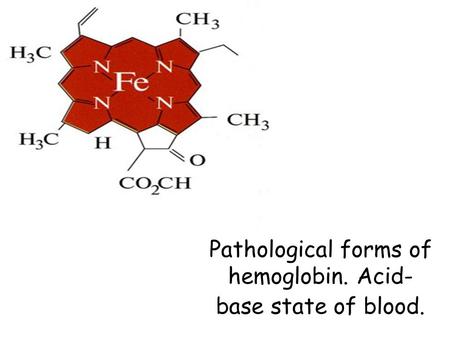 Pathological forms of hemoglobin. Acid- base state of blood. 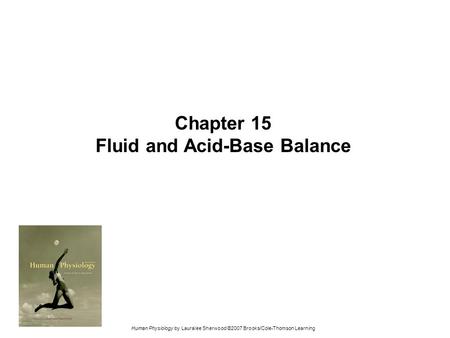 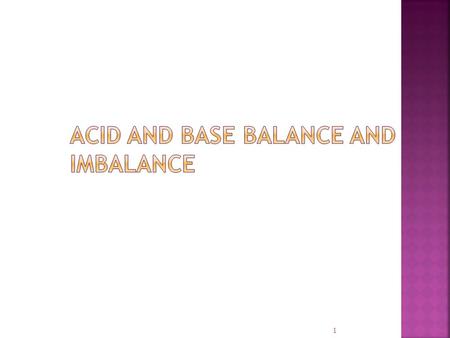 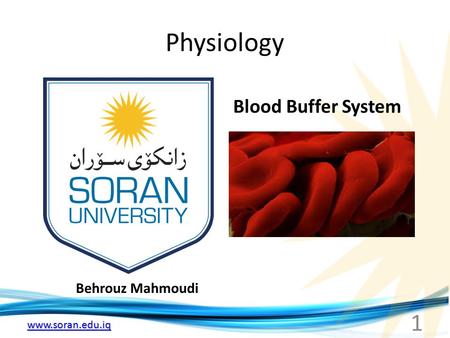 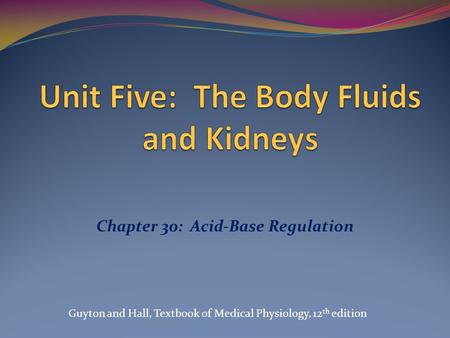 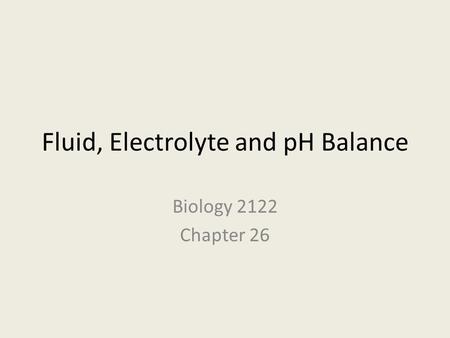 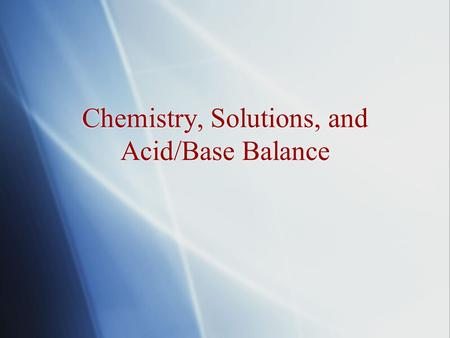 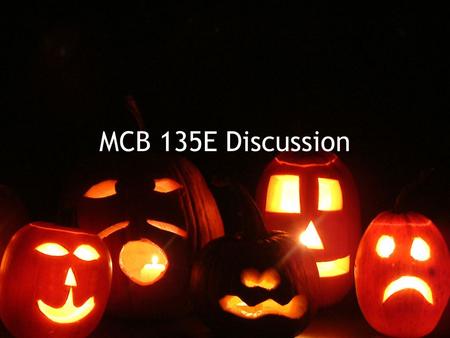 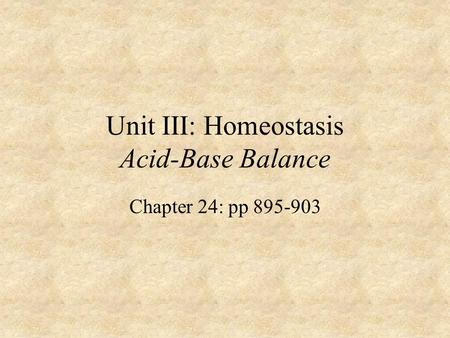 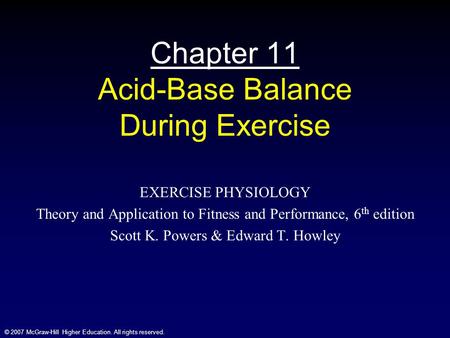 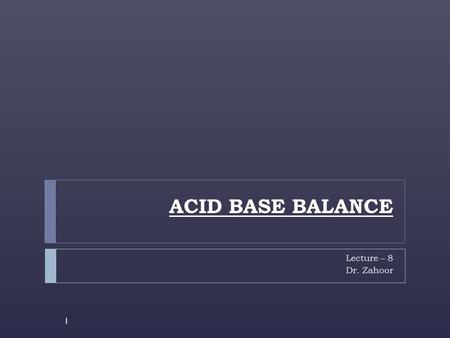 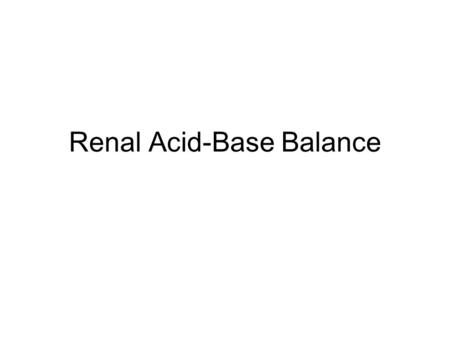