4  MCAS testing continues but some groups of students may be exempt based on PARCC testing in that school  Some students will take both MCAS and parts of PARCC  PARCC field tests:  Only some students in some grades in some schools will be testing  May be administered electronically or by paper/pencil  Have two parts:  Performance Based Assessments (PBA)  End of Year Assessments (EOY) Spring of 2014 4

8  Exemptions are only for students in grades 3-8 who are participating in the PARCC PBA field tests in that subject  For instance: Students who participate in the Math PBA PARCC field test can be exempt from the MCAS Math requirement but will still be required to participate in MCAS ELA  Students in other classes not chosen for the PBA field test and students selected for only the EOY field test must take all MCAS tests  Superintendents may choose to exempt students from MCAS in some cases  However if one class is exempt in a school then all classes taking the PBA tests in that school must be made exempt (not the whole grade) Which field test classes may be exempted from MCAS in 2014? 8

9  Schools that were selected to field test were asked to test in a certain number of classes, usually two to four classes per grade/subject  Use a formal process using a random number generator (e.g., Principal and School Test Coordinator) to determine which classrooms How will field test classes be selected within schools? 9

10  No raw scores or scaled scores will be available from PARCC field tests  Participation results will be available and statewide item level results will be used by PARCC and ESE to evaluate the test  MCAS results will be reported following historical rules  Achievement results will be suppressed for groups under 10  Field test-exempt students will count positively toward MCAS participation rates  Growth and accountability results will be suppressed for schools with fewer than 20 students and for accountability subgroups with fewer than 30 students  A note indicating that MCAS results are incomplete due to exemptions will appear on public reports  MCAS parent/guardian reports will indicate if an MCAS exemption was granted to a student participating in field test How will results be calculated in 2014? 10

11 How will school accountability results be calculated in 2014? Goal: Maintain the school rating process as we move from MCAS to PARCC while ensuring schools are not unduly disadvantaged by field test participation Response : 1.Issue accountability determinations for all schools with sufficient data. (Most schools will still test more than 20 students in ELA and Mathematics in 2014.) 2.For districts that choose to exempt students in grades 3-8 participating in PBA component of field test from MCAS tests in same subject area: a)Calculate annual PPI including field-tested grades b)Calculate annual PPI excluding field-tested grades c)Use the higher of the two PPIs to assign school levels 11 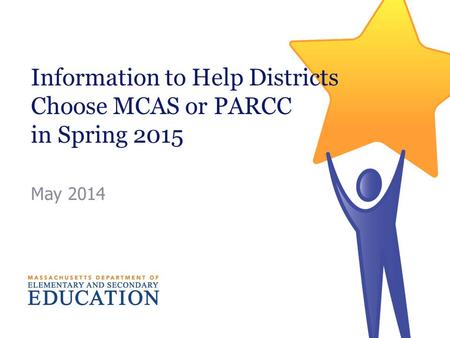 Information to Help Districts Choose MCAS or PARCC in Spring 2015 May 2014. 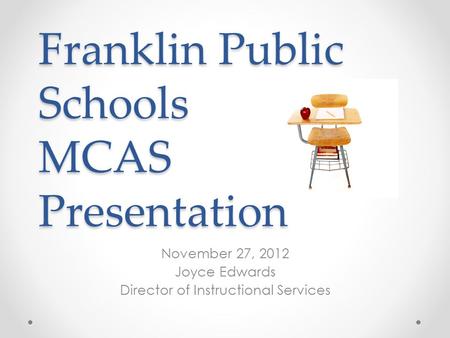 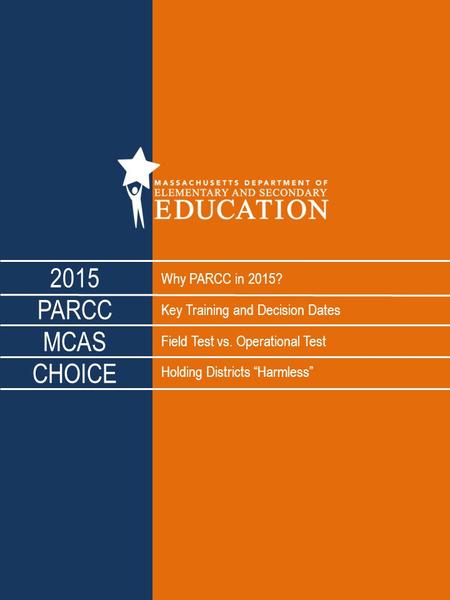 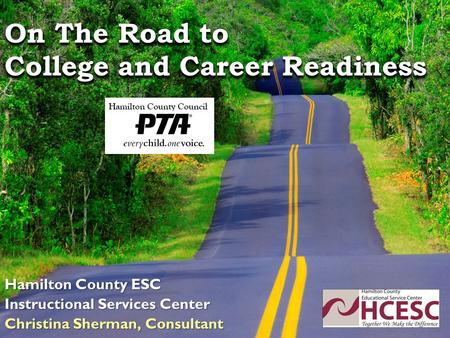 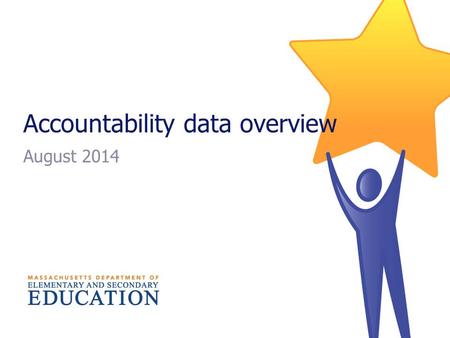 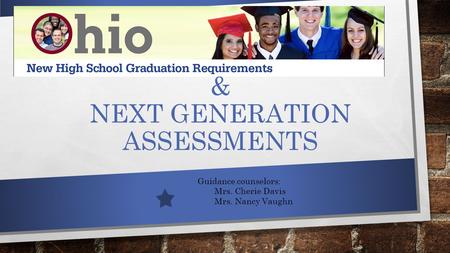 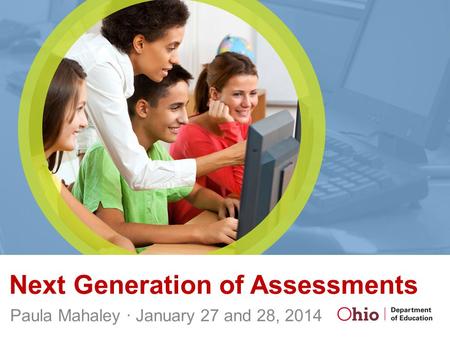 Next Generation of Assessments Paula Mahaley ∙ January 27 and 28, 2014. 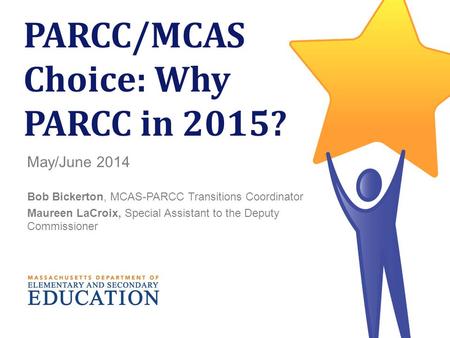 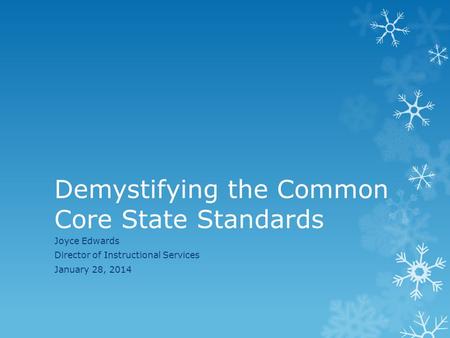 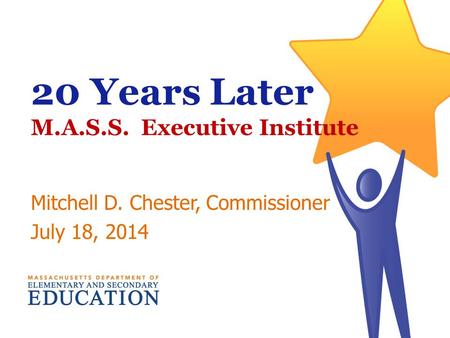 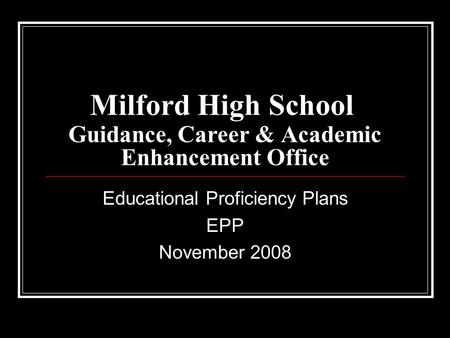 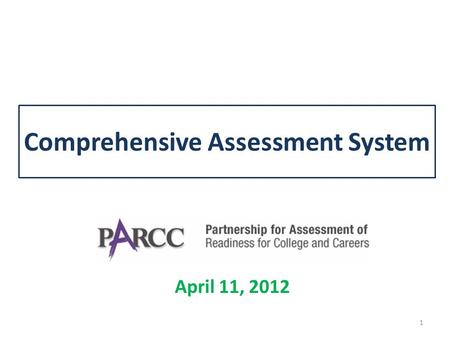 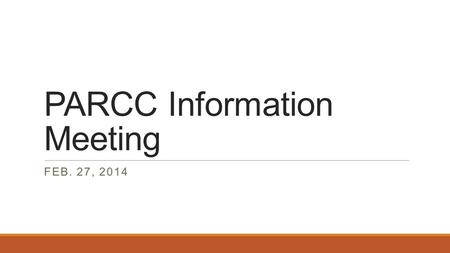 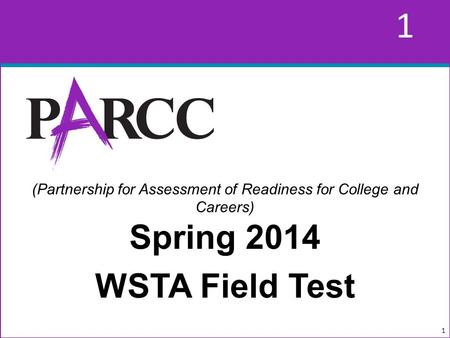 1 1 (Partnership for Assessment of Readiness for College and Careers) Spring 2014 WSTA Field Test 1. 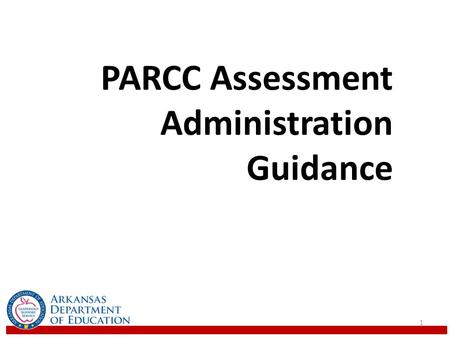 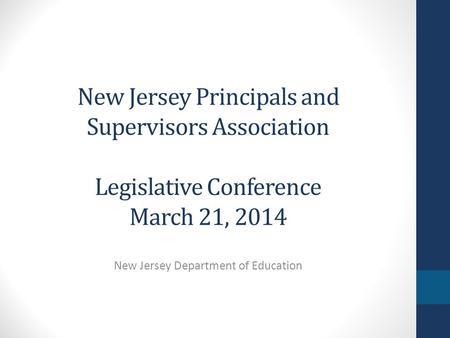 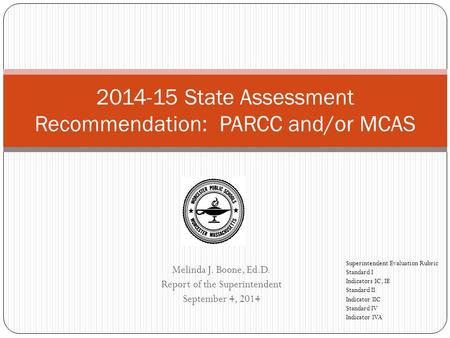 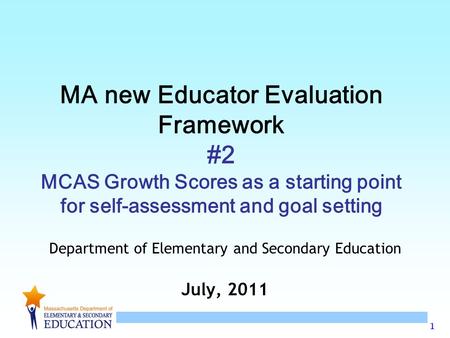 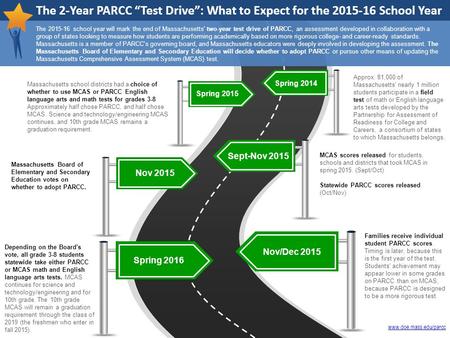 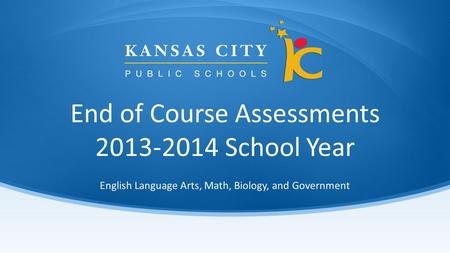