Cost of Discipleship: Luke 14:33 In the same way, those of you who do not give up everything you have cannot be my disciples.

Presentation on theme: "Cost of Discipleship: Luke 14:33 In the same way, those of you who do not give up everything you have cannot be my disciples."— Presentation transcript:

2 Cost of Discipleship: Luke 14:33 In the same way, those of you who do not give up everything you have cannot be my disciples.

4 Daniel 3:17 the God we serve is able to deliver us from it, and he will deliver us from Your Majesty’s hand. 18 But even if he does not, we want you to know, Your Majesty, that we will not serve your gods or worship the image of gold you have set up.”

6 Romans 8:37 No, in all these things we are more than conquerors through him who loved us.

9 Christ Jesus is the one who died—more than that, who was raised—who is at the right hand of God, who indeed is interceding for us. 35 Who shall separate us from the love of Christ? Shall tribulation, or distress, or persecution, or famine, or nakedness, or danger, or sword? 36 As it is written,

10 “For your sake we are being killed all the day long; we are regarded as sheep to be slaughtered.”
37 No, in all these things we are more than conquerors through him who loved us.

11 38 For I am sure that neither death nor life, nor angels nor rulers, nor things present nor things to come, nor powers, 39 nor height nor depth, nor anything else in all creation, will be able to separate us from the love of God in Christ Jesus our Lord.

13 Romans 8: 18 For I consider that the sufferings of this present time are not worth comparing with the glory that is to be revealed to us. 19 For the creation waits with eager longing for the revealing of the sons of God. 20 For the creation was subjected to futility, not willingly, but because of him who subjected it, in hope

14 21 that the creation itself will be set free from its bondage to corruption and obtain the freedom of the glory of the children of God. 22 For we know that the whole creation has been groaning together in the pains of childbirth until now. 23 And not only the creation, but we ourselves, who have the firstfruits of the Spirit,

15 groan inwardly as we wait eagerly for adoption as sons, the redemption of our bodies. 24 For in this hope we were saved. Now hope that is seen is not hope. For who hopes for what he sees? 25 But if we hope for what we do not see, we wait for it with patience.

18 “Look, even if the Lord should open the floodgates of the heavens, could this happen?”
“You will see it with your own eyes,” answered Elisha, “but you will not eat any of it!”

19 3 Now there were four men with leprosy at the entrance of the city gate. They said to each other, “Why stay here until we die? 4 If we say, ‘We’ll go into the city’—the famine is there, and we will die. And if we stay here, we will die. So let’s go over to the camp of the Arameans and surrender. If they spare us, we live; if they kill us, then we die.”

21 7 So they got up and fled in the dusk and abandoned their tents and their horses and donkeys. They left the camp as it was and ran for their lives.

23 Matthew 16: 15 “But what about you?” he asked. “Who do you say I am?”
16 Simon Peter answered, “You are the Messiah, the Son of the living God.” 17 Jesus replied, “Blessed are you, Simon son of Jonah, for this was not revealed to you by flesh and blood, but by my Father in heaven.

24 18 And I tell you that you are Peter, and on this rock I will build my church, and the gates of Hades will not overcome it.

26 Zechariah 4:6 ‘Not by might nor by power, but by my Spirit,’ says the Lord Almighty.

28 WHEN YOU’RE BETWEEN A ROCK AND A HARD PLACE DON’T GET STUCK IN DOUBT!
The King’s officer doubted the power of God.

29 WHEN YOU’RE BETWEEN A ROCK AND A HARD PLACE DON’T GET STUCK IN DOUBT!
The King’s officer doubted the power of God. He doubted the creativity of God.

34 Hebrews 11:1 Now faith is confidence in what we hope for and assurance about what we do not see.

Download ppt "Cost of Discipleship: Luke 14:33 In the same way, those of you who do not give up everything you have cannot be my disciples." 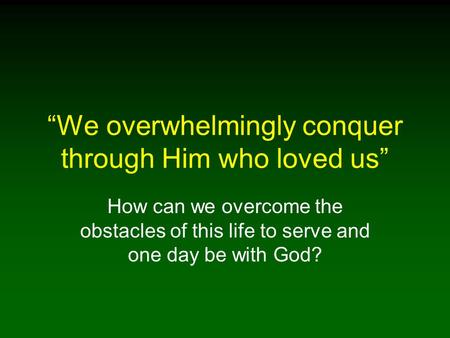 “We overwhelmingly conquer through Him who loved us” 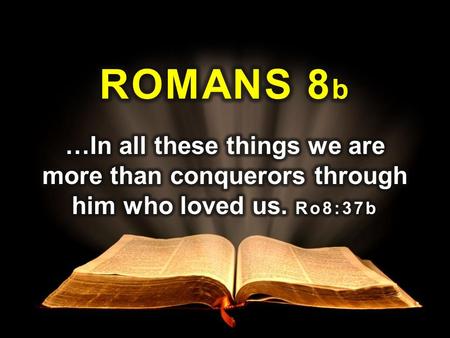 Theme Gods promises are constantly experienced through His amazing acts of love. 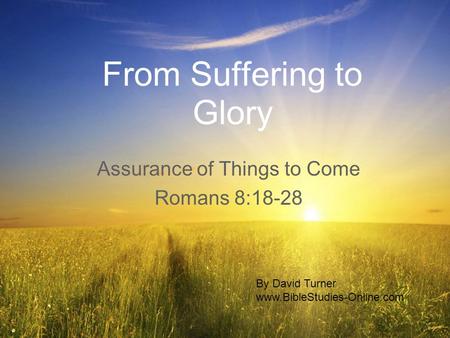 From Suffering to Glory Assurance of Things to Come Romans 8:18-28 By David Turner 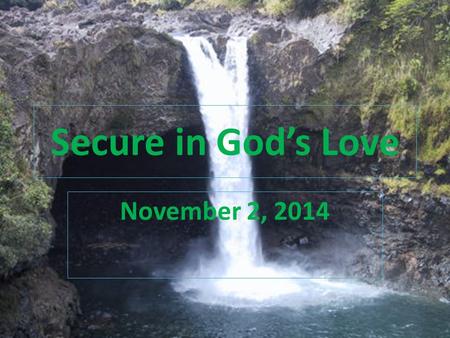 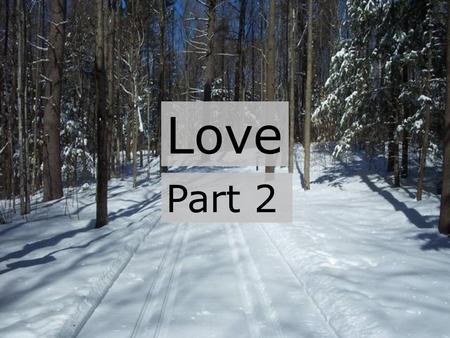 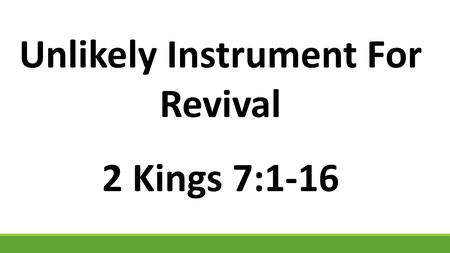 Unlikely Instrument For Revival 2 Kings 7: Then Elisha said, “Hear the word of the L ORD. Thus says the L ORD : ‘Tomorrow about this time a seah. 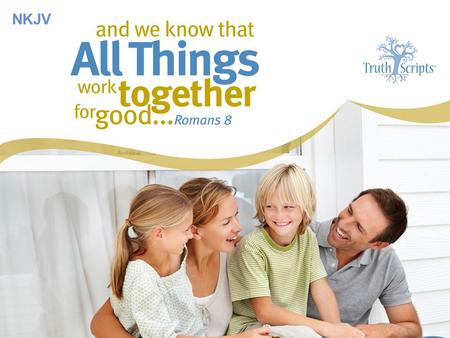 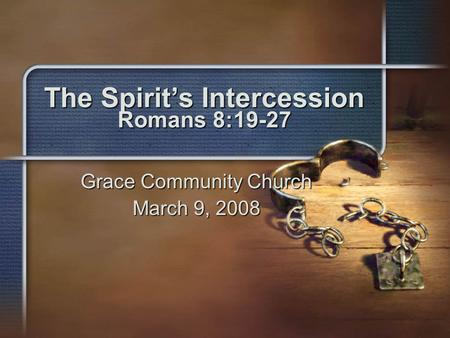 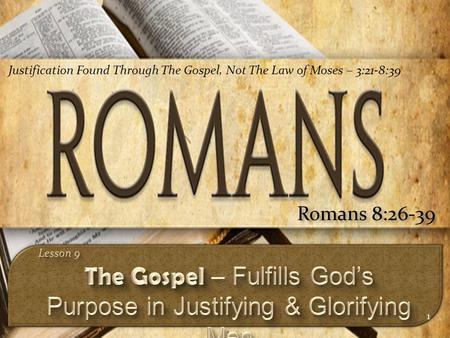 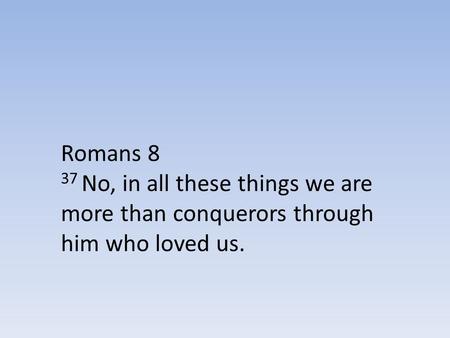 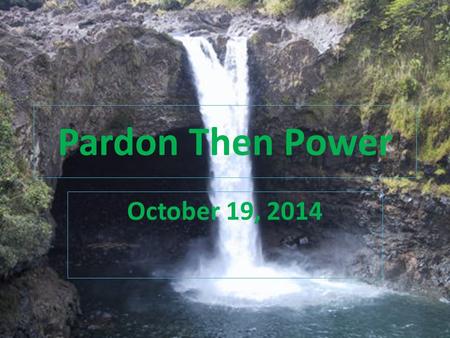 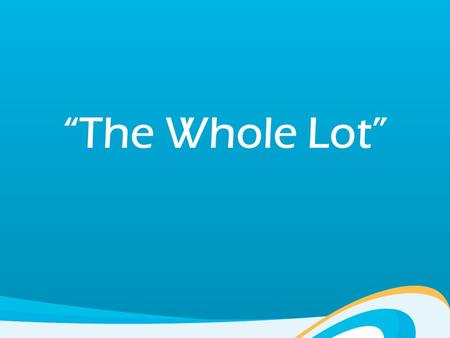 “The Whole Lot”. Matthew 13:45–46 (NIV) “Again, the kingdom of heaven is like a merchant looking for fine pearls. When he found one of great value, he. 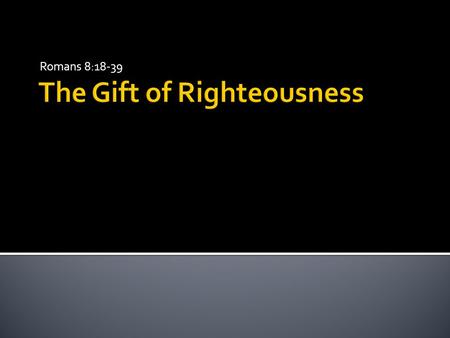 The Gift of Righteousness 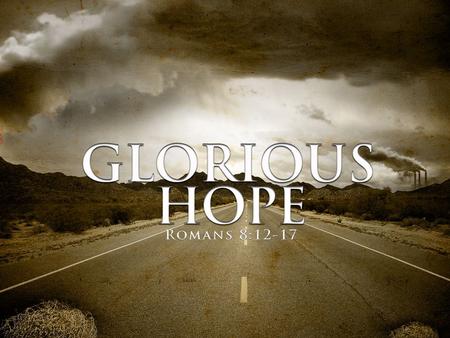 Romans 8: For I consider that the sufferings of this present time are not worthy to be compared with the glory which shall be revealed in us. 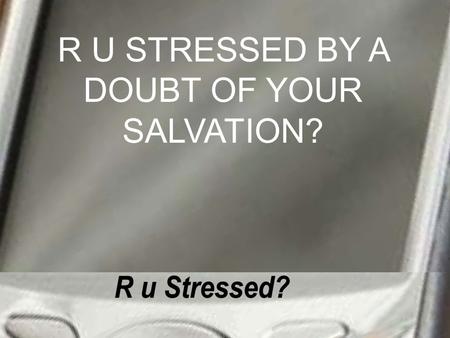 R U STRESSED BY A DOUBT OF YOUR SALVATION?. 2 Timothy 1:12-“That is why I am suffering as I am. Yet I am not ashamed, because I know whom I have. 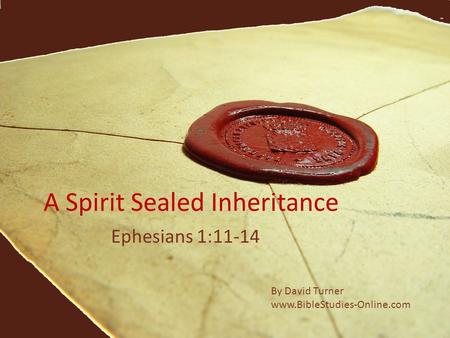 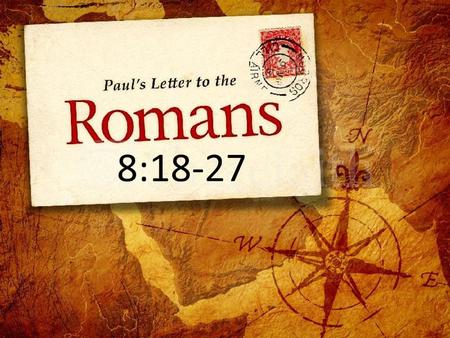 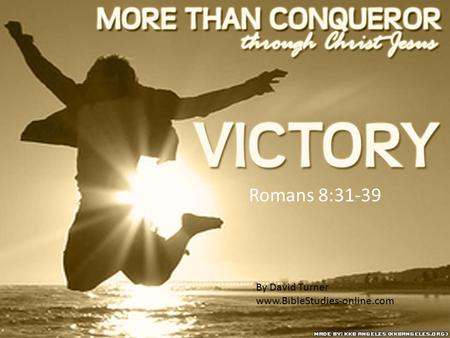 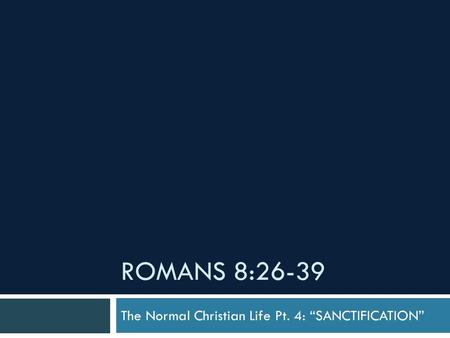 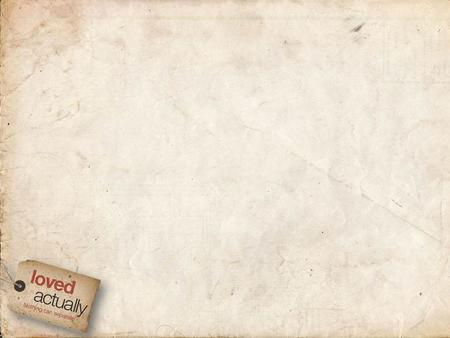