Presentation on theme: "Cellular Transport Or- How do I get in and out of here?"— Presentation transcript:

1 Cellular Transport Or- How do I get in and out of here?

2 Cells need to: Move nutrients into the cell Remove waste products from the cell Export products made for other parts of the organism (hormones, enzymes, neurotransmitters, etc.) Control the concentration of materials inside the cell.

3 The Cell Membrane: Controls what enters and leaves the cell Is Semi permeable – allows some molecules to move freely through, but keeps others out

7 Can diffusion happen through the cell membrane? YES, as long as the particles are small enough and not charged

8 Small, non charged molecules and water can move between the phospholipid molecules of the membrane. This includes: carbon dioxide, oxygen, alcohol, glycerol

11 What happens when the particles are too big to cross the membrane and there are no protein channels? Large Molecules Water Moves osmosis

15 What does this mean to a cell? The water content of the cell will be affected by the concentration of solutes around and in the cell.

17 Plants have a cell wall to protect from bursting. Vegetables are crisp when they hold a lot of water and wilt when they lose it.

24 Bulk Transport: Receptor Mediated Receptor attaches to a specific molecule and moves it into the cell

Download ppt "Cellular Transport Or- How do I get in and out of here?" 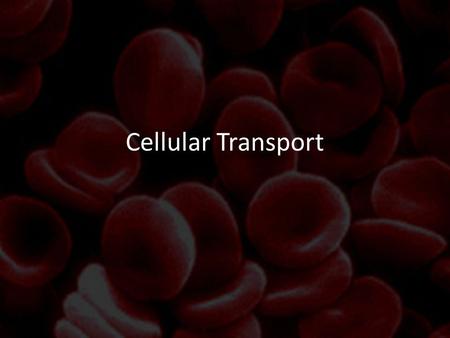 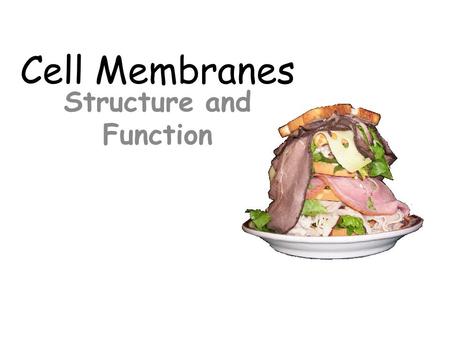 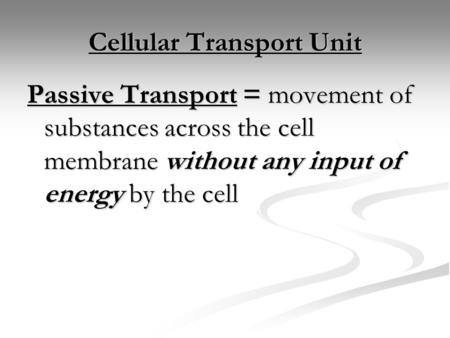 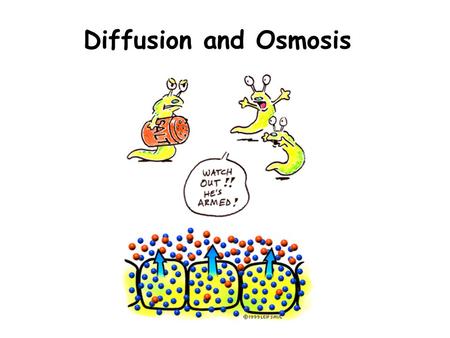 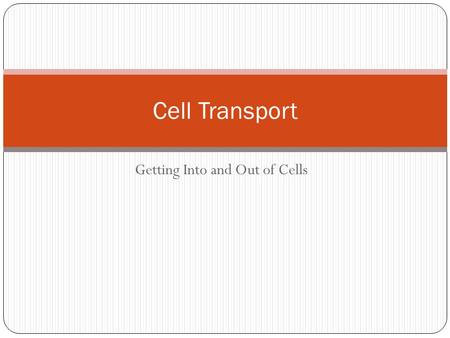 Getting Into and Out of Cells 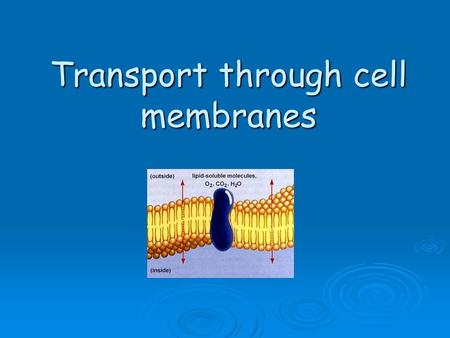 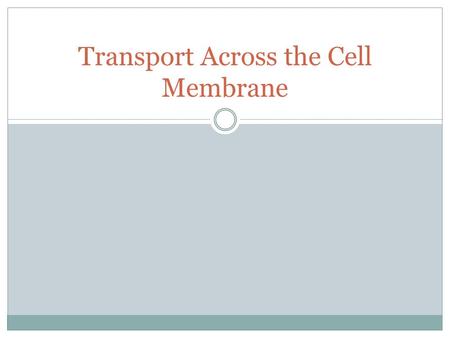 Transport Across the Cell Membrane. Cell Membrane The cell membrane is selectively permeable. This means that some molecules are able to pass through. 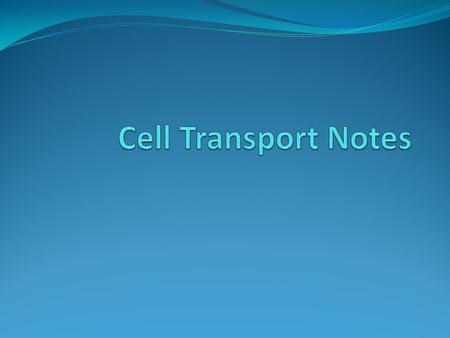 Structure of the Cell or Plasma Membrane The cell membrane is like a mosaic of many parts. 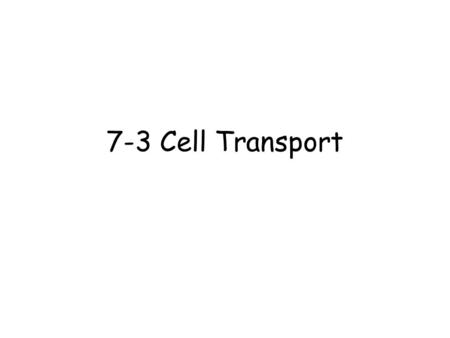 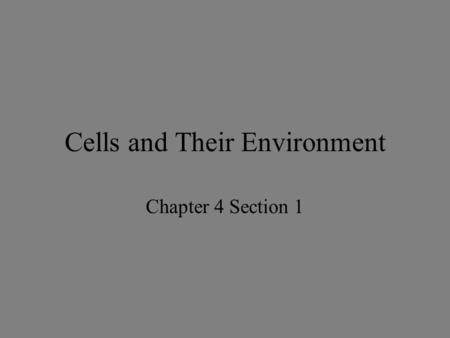 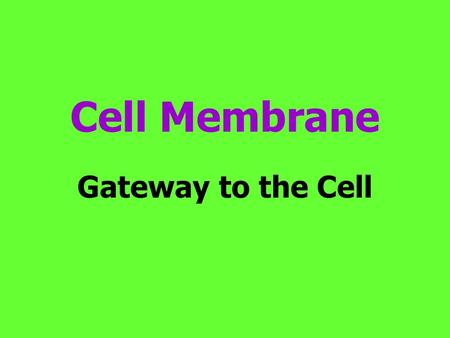 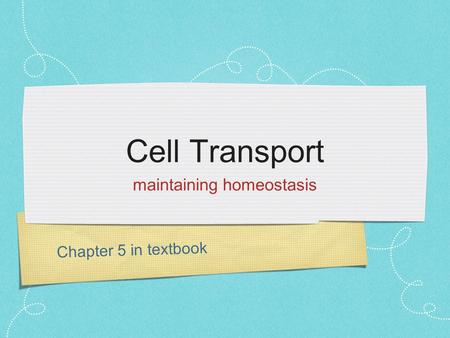 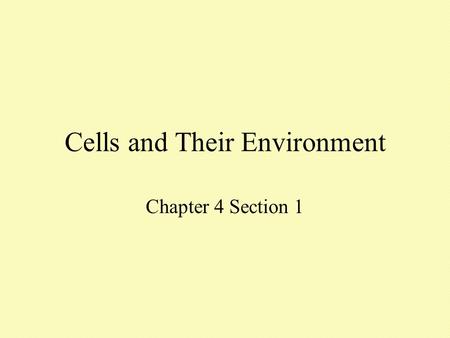 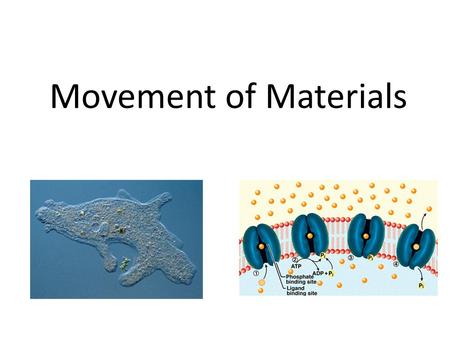 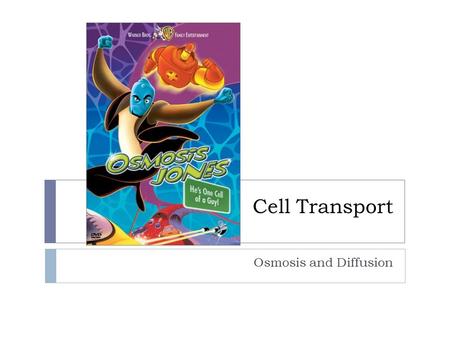 Cell Transport Osmosis and Diffusion.  Particles in constant motion  Run into each other and randomly spread out  Particles move from an area of high.