Presentation on theme: "Energy can change from one form to another without a net loss or gain."— Presentation transcript:

3 9.1 Work Work falls into two categories:
1. Work done against a force such as gravity, friction, or to stretch a spring. 2. Work done to change the speed of an object such as speeding up or slowing a car.

4 9.1 Work Units Fd = W (Force- Newton, Distance-meter, Nm = Joule (rhymes with cool.) One Joule of work is done when one Newton of force is exerted over the distance of one meter (- like raising an apple over your head.

11 9.5 Kinetic Energy The kinetic energy of a moving object is equal to the work required to bring it to its speed from rest, or the work the object can do while being brought to rest. net force x distance = kinetic energy. Fd = ½ mv2. Note that the speed is squared, so if the speed is doubled, its kinetic energy is quadrupled. A car moving at twice the speed has four time the energy.

12 9.6 Work-Energy Theorem The work-energy theorem describes the relationship between work and energy. The work-energy theorem states that whenever work is done, energy changes. Work equals the change in energy. WorkNet = ΔKE If you push a box at constant speed (with a force equal to friction) no net work is done. Kinetic energy is involved in heat, sound, light, and electricity.

13 9.7 Conservation of Energy
The law of conservation of energy states that energy cannot be created or destroyed. It can be transformed from one form into another, but the total amount of energy never changes. Our energy comes from the sun.

14 9.8 Machines A machine is a device used to multiply forces or simply to change the direction of forces. A machine transfers energy from one place to another or transforms it from one form to another. A lever is a simple machine made of a bar that turns about a fixed point. Work input = work output Since work = Fd (force x distance)input = force x distance)output No machine can multiply work or energy.

15 9.8 Machines Mechanical advantage of a machine is its ratio of output force to input force. Without friction, MA is also the ratio of input distance to output distance. Simple Machines: Levers Pulleys Inclined Plane Wedge Screw Wheel and Axle

17 9.8 Machines Pulley (pulley system) – a kind of lever that can change the direction of the force or multiply the force. Like a lever, Fulcrum, Input Force and Output Force apply. Mechanical advantage is equal to the number of ropes that support the load. Mechanical Advantage can also be determined by the ratio of distances.

18 9.9 Efficiency An Ideal Machine is 100% efficient.
In any machine, some energy is transformed into atomic or molecular kinetic energy – making the machine warmer. Efficiency of a machine is the ratio of useful energy output to total energy input, or the percentage of the work input that is converted to work output. (Energy converted is work.) The lower the efficiency of the machine, the greater is the amount of energy wasted as heat.

19 9.9 Efficiency Inclined plane is simply a sloped surface.
MA is equal to the length divided by the height.

20 9.9 Efficiency Complex Machines.
A complex machine is a combination of two or more simple machines. Scissors – What simple machines make a pair of scissors? Two wedges and a lever. A car jack is an example of a complex machine combining a screw and a wheel and axle. An automobile engine is called a heat engine. It converts thermal energy to mechanical energy (actually often chemical potential to thermal to mechanical). Roughly 35% efficient Energy expended through the cooling system Exhaust gasses Friction - Almost half heat the engine parts through friction. Incomplete combustion Thermal energy is the graveyard for useful energy.

21 9.10 Energy for Life Every living cell in every organism is a machine.
They, like every machine, need energy to run. There is more energy stored in the molecules of food than there is in the reaction products after the food is metabolized. This energy difference sustains life. Cells metabolize food like engines burn fossil fuels. In metabolism carbon joins with oxygen to form carbon dioxide.

22 9.10 Energy for Life The reverse process is more difficult.
Through photosynthesis, plants combine carbon dioxide with water to produce hydrocarbon compounds like sugars. Sugar is the simplest food. Green plants capture the sun’s energy to provide all other life on earth (almost.)

23 9.11 Sources of Energy The sun is the source of practically all our energy on Earth. Exceptions are nuclear and geothermal. Fossil fuels are the byproducts of photosynthesis hundreds of millions of years ago. Solar Power – Sunlight is directly transformed into electricity by photovoltaic cells Sunlight evaporates water which falls in the mountains.

25 9.11 Sources of Energy Nuclear and Geothermal Energy.
The most concentrated form of useable energy is stored in uranium and plutonium, which are nuclear fuels. A byproduct of the radioactivity at the Earth’s core is geothermal energy. “Energy sources such as nuclear, geothermal, wind, solar, and hydro power are environmentally friendly.” “The combustion of fossil fuels , on the other hand, leads to increased atmospheric concentrations of carbon dioxide, sulfur dioxide, and other pollutants.”

Download ppt "Energy can change from one form to another without a net loss or gain." 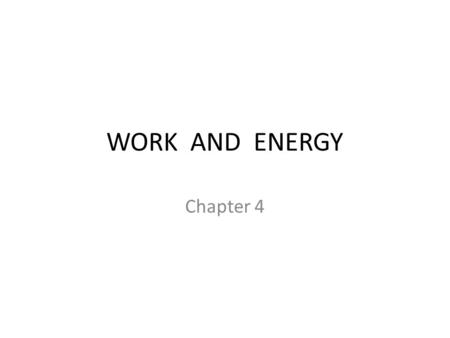 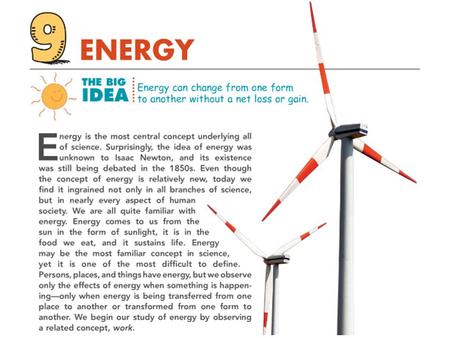 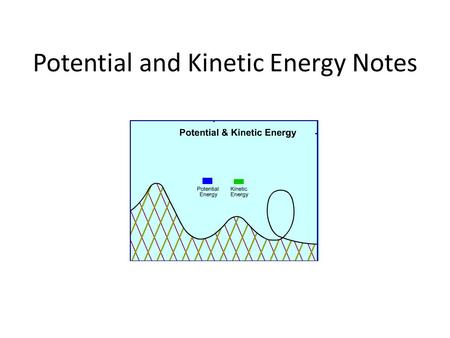 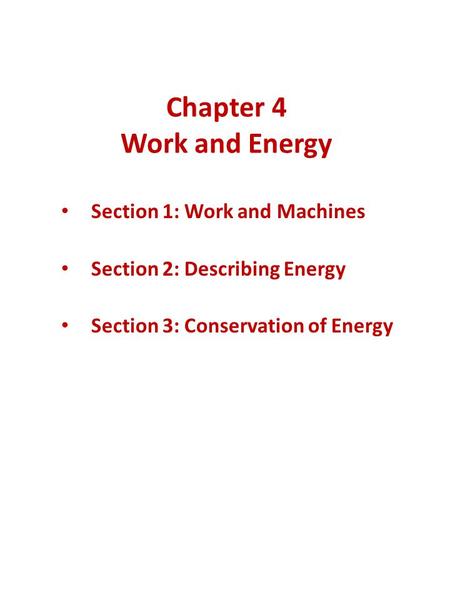 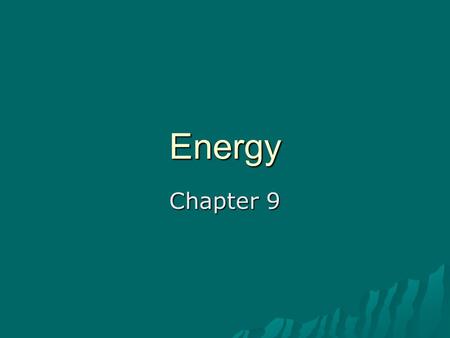 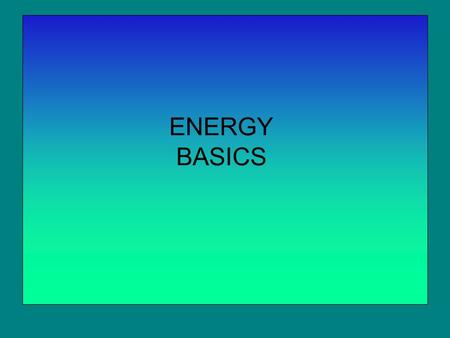 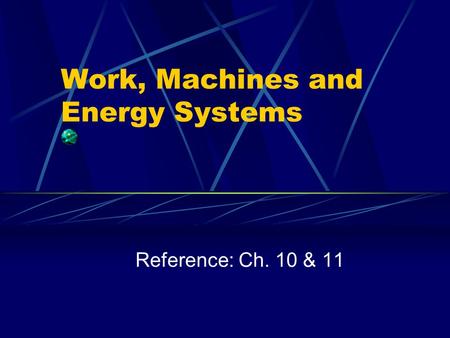 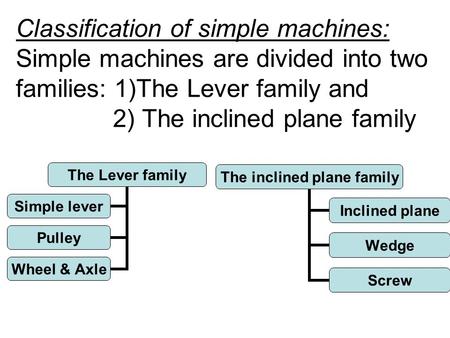 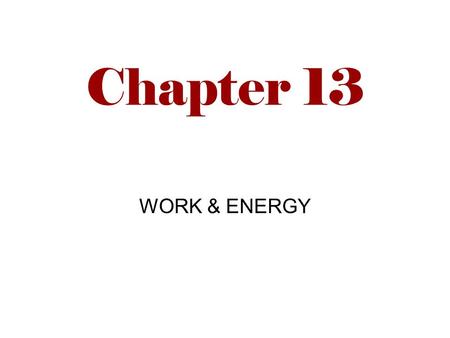 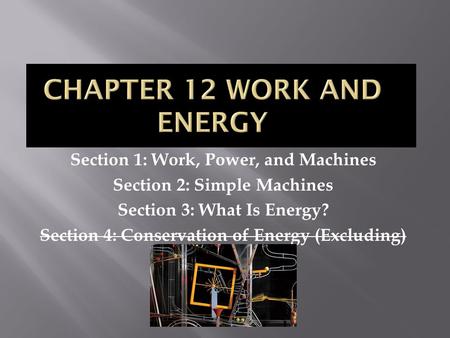 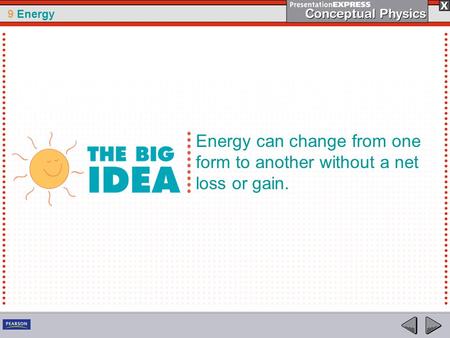 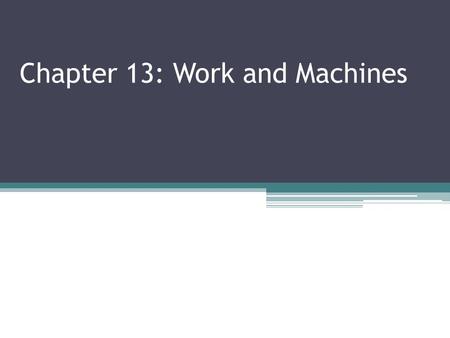 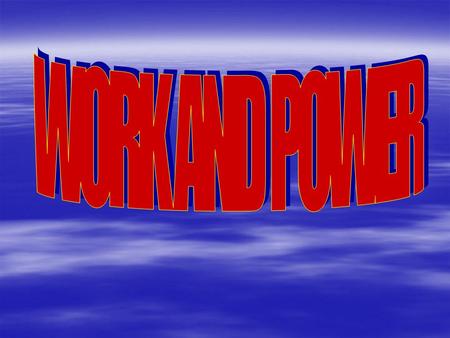 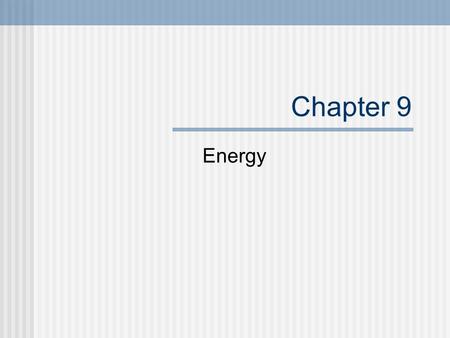 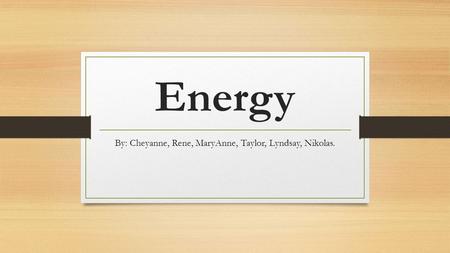