Presentation on theme: "Outline of Presentation to the Health Workforce Development Conference 1. The growth of wage and salary employment in the states healthcare industries."— Presentation transcript:

1 Outline of Presentation to the Health Workforce Development Conference 1. The growth of wage and salary employment in the states healthcare industries since 2001 One of the few engines of job growth in the state over the 2001 – 2004 I period when massive payroll job losses took place Healthcare has generated over one-fourth of the net new payroll jobs since the labor market recovery began in 2004 I in the state Job growth in healthcare industries has been widespread across labor areas of the state

3 3. Selected Key Features of Healthcare Vacancies Percent of job vacancies that are part-time is above average for the healthcare industry as a whole and for many health occupations (RN, nurse aide) The geographic variations in vacancy rates for healthcare occupational groups is relatively modest especially for higher skilled positions There is high variation in wage rates with in some of these occupations; low wages offered for some positions is a cause of retention and recruitment difficulties

4 4. The Demographic Composition of the Employees in Key Healthcare Occupations The gender composition of the employment especially in technician and nursing positions; continued absence of males from most of these occupations, exception EMTs; despite salaries that are very competitive with those of male dominant occupations Substantial variability in minority group access to different healthcare occupations; under-representation of minorities in many semi-professional and technical positions; over- representation in the nurse aide / orderly / home healthcare aides The immigration share of workers also varies widely across occupations, among many work levels

8 Number of Job Vacancies in Massachusetts in All Industries and Health Care Industries, 4 th Q 2003 to 2 nd Q 2005

11 Employment Growth Rates of Selected Occupational Groups in Massachusetts, 2000-2005 (in%)

19 Percent of the Employed in Massachusetts that Were 55 and Older in 2003 and 2004, All Industries and Health Care Industries Key Findings: Slightly higher retirement demand in healthcare industries over coming decade; need to replace 1/5 th of workers over next decade; can reduce this replacement demand by extending work lives. Source: American Community Surveys, 2003 and 2004.

21 Percent Distribution of the Employed in Massachusetts in Health Care Industries and Selected Health Care Occupations by Race-Ethnic Group, 2003 – 2004 Averages

22 Percent of the Employed in Massachusetts in Health Care Industries and Selected Health Care Occupations that were Foreign Born, 2003 – 2004 Averages

23 Earnings of Full-Time, Year Round Massachusetts Male Workers in Selected Health Care Industries and Occupations Relative to Their Counterparts in All Occupations in Selected Educational Groups, 1999

24 Percent of Vacancies that are Part-time and Temporary or Seasonal by Major Occupational Group, Massachusetts 2005 II (In %)

Download ppt "Outline of Presentation to the Health Workforce Development Conference 1. The growth of wage and salary employment in the states healthcare industries." 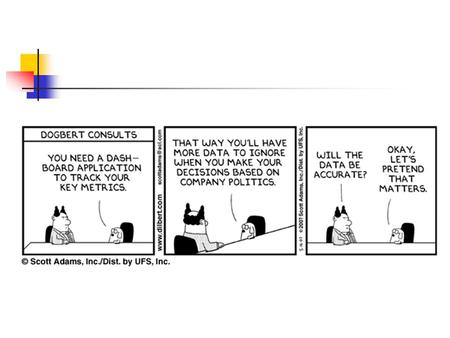 The Collapse of the Teen Job Market in Massachusetts and the U.S.: The Case for A Comprehensive Workforce Development System Response 1) The steep declines. 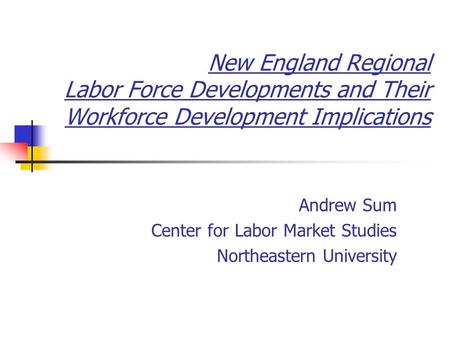 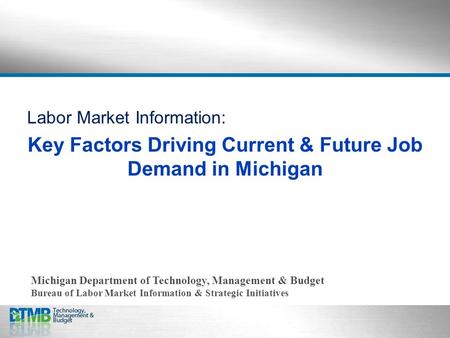 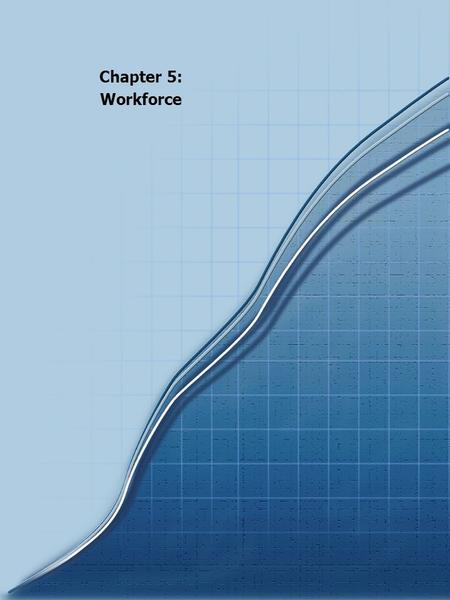 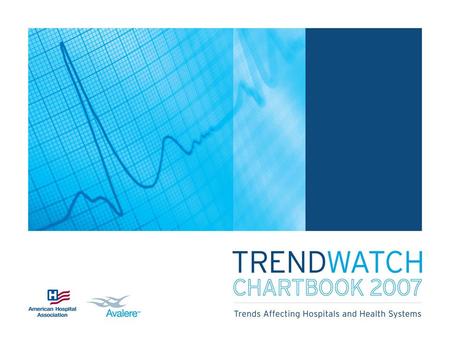 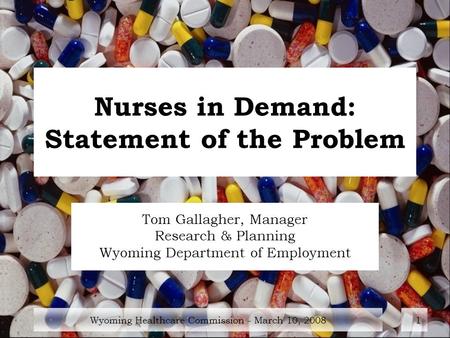 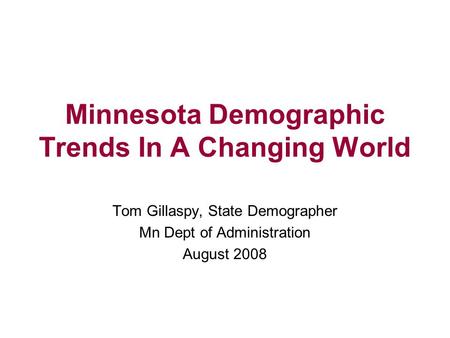 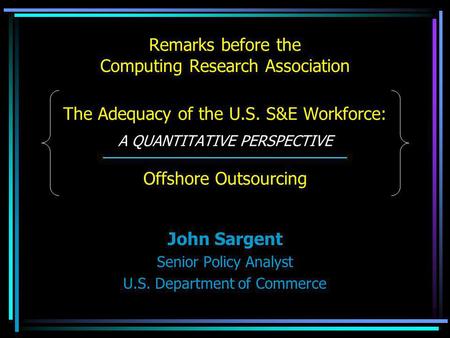 Remarks before the Computing Research Association The Adequacy of the U.S. S&E Workforce: A QUANTITATIVE PERSPECTIVE Offshore Outsourcing John Sargent. 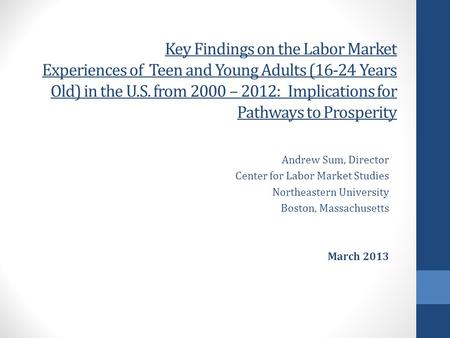 Key Findings on the Labor Market Experiences of Teen and Young Adults (16-24 Years Old) in the U.S. from 2000 – 2012: Implications for Pathways to Prosperity. 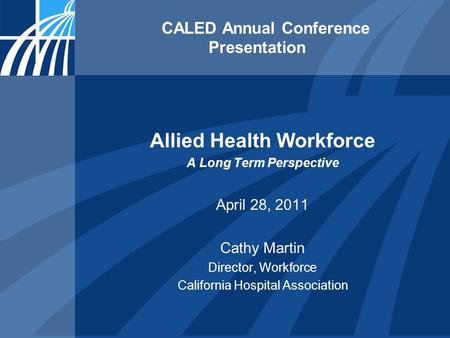 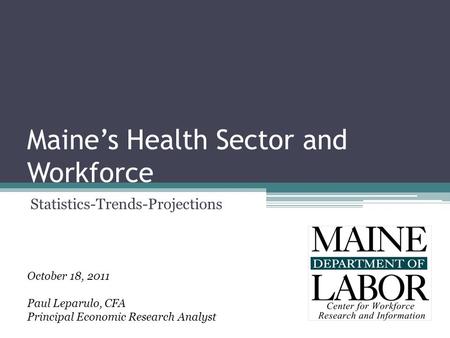 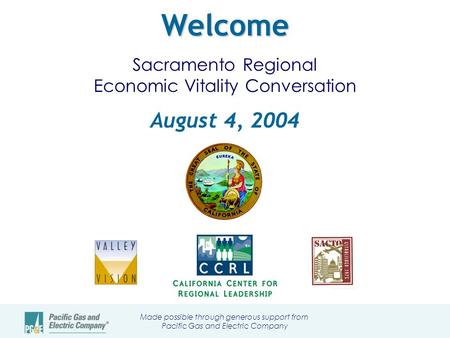 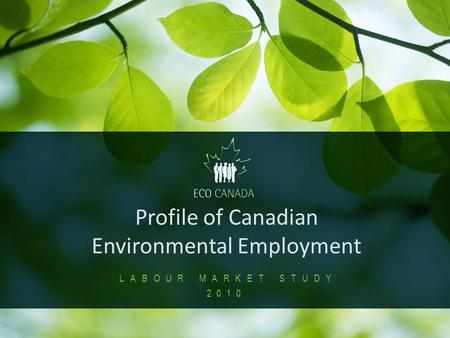