Bubbler Question What would happen if you squeezed an inflated balloon into a straw inserted into a cup of water?

Presentation on theme: "Bubbler Question What would happen if you squeezed an inflated balloon into a straw inserted into a cup of water?"— Presentation transcript:

3 Question What would happen if you squeezed an inflated balloon into a straw inserted into a cup of water?

5 Hypothesis If a straw connects an inflated balloon to a jar filled with water, when air is released from the balloon into the straw, the water will move slightly.

7 Independent Variable The release of air from the balloon to the jar of water.

8 Dependent Variable Observation of how the released air interacts with the water in the jar.

9 Results When air escaped from the balloon to the jar of water, the entire opening of the jar was filled with bubbling water.

10 Conclusion The hypothesis that the water would move slightly was not supported. Instead, the water bubbled actively. This probably happened because the force of the escaping air pushed bubbles to the top of the jar.

Download ppt "Bubbler Question What would happen if you squeezed an inflated balloon into a straw inserted into a cup of water?" 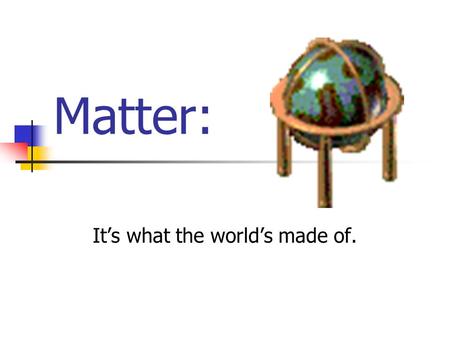 Matter: Its what the worlds made of. What do you know about matter? Solid s Liquids Gasses Plasma. 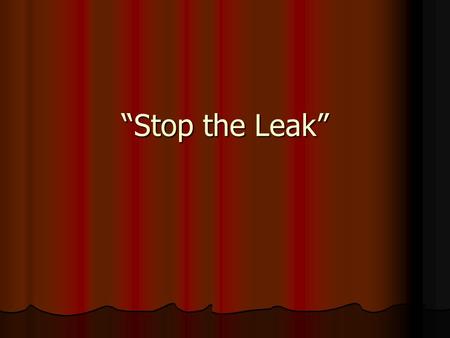 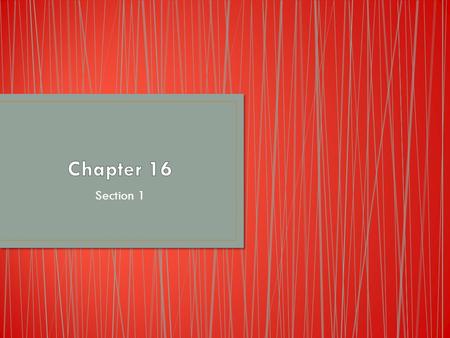 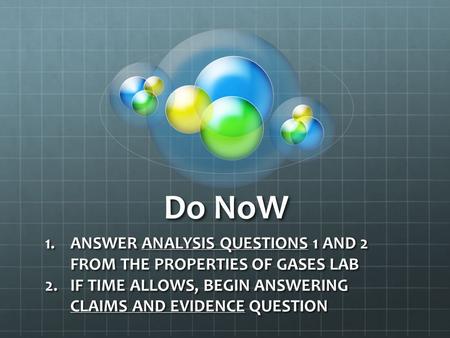 Do NoW 1.ANSWER ANALYSIS QUESTIONS 1 AND 2 FROM THE PROPERTIES OF GASES LAB 2.IF TIME ALLOWS, BEGIN ANSWERING CLAIMS AND EVIDENCE QUESTION. 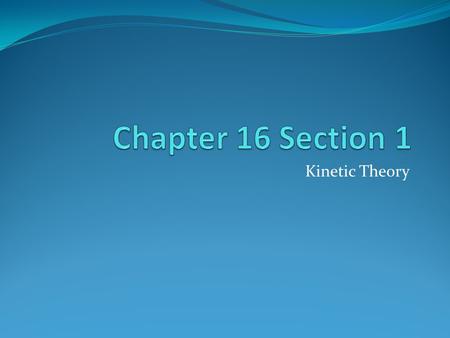 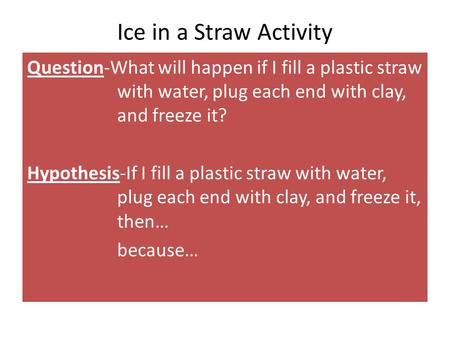 Ice in a Straw Activity Question-What will happen if I fill a plastic straw with water, plug each end with clay, and freeze it? Hypothesis-If I fill a. 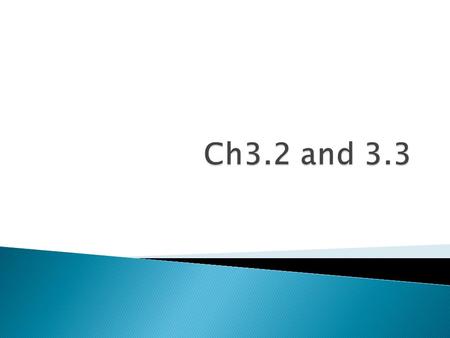 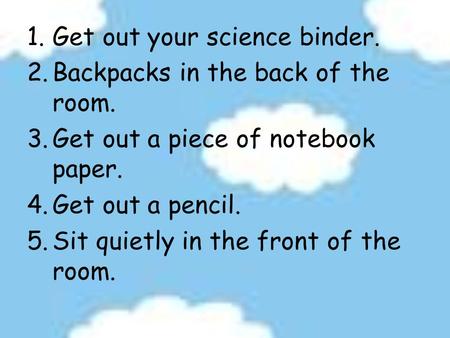 Get out your science binder. 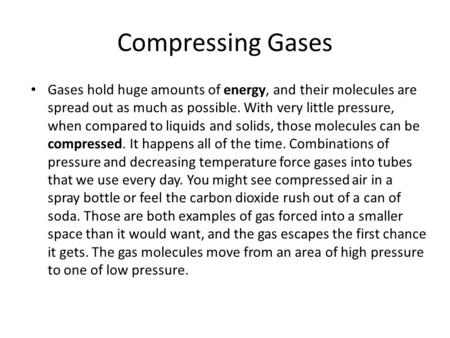 Compressing Gases Gases hold huge amounts of energy, and their molecules are spread out as much as possible. With very little pressure, when compared to. 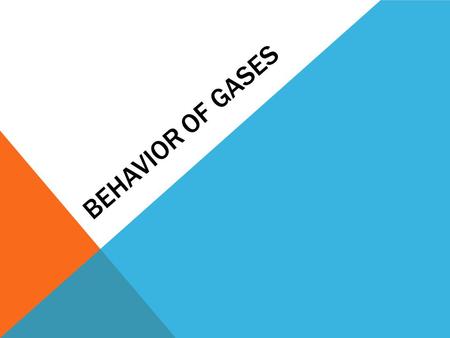 BEHAVIOR OF GASES. Circumference of balloon. Suppose you are watching a parade that you have been looking forward to for weeks. You may be fascinated. 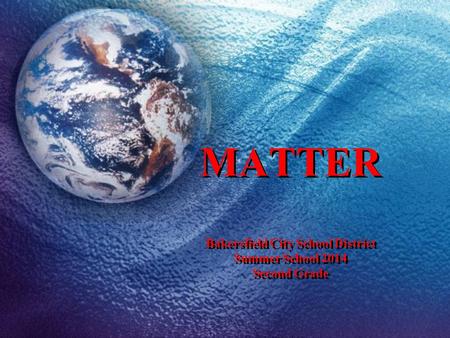 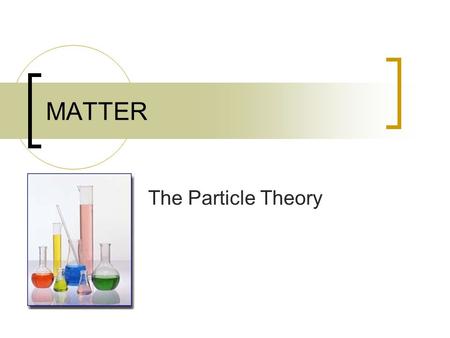 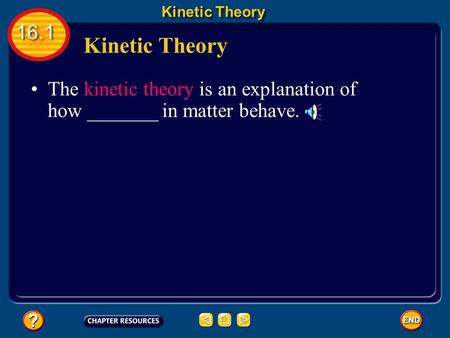 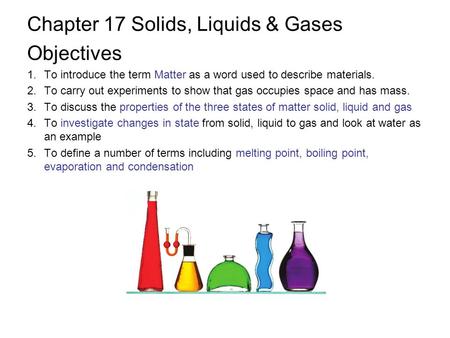 Chapter 17 Solids, Liquids & Gases Objectives 1.To introduce the term Matter as a word used to describe materials. 2.To carry out experiments to show that. 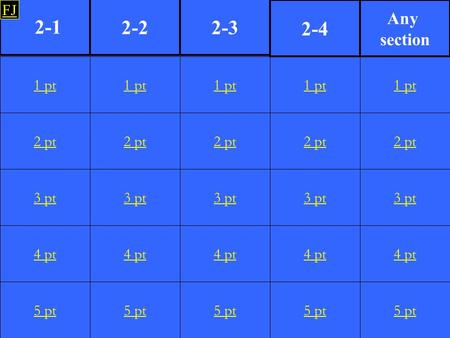 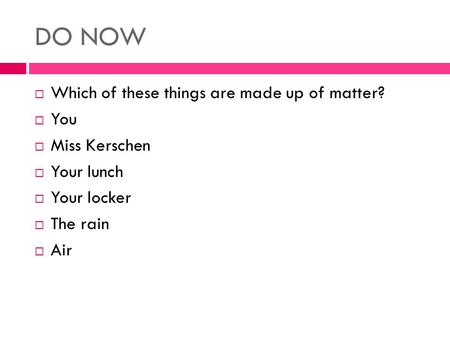 DO NOW  Which of these things are made up of matter?  You  Miss Kerschen  Your lunch  Your locker  The rain  Air. 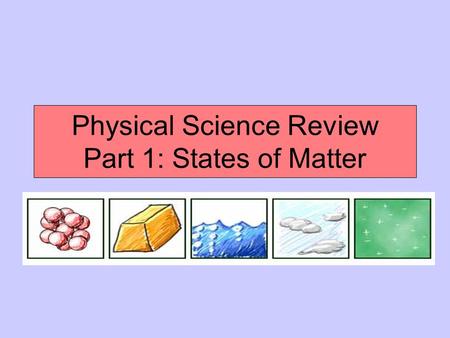 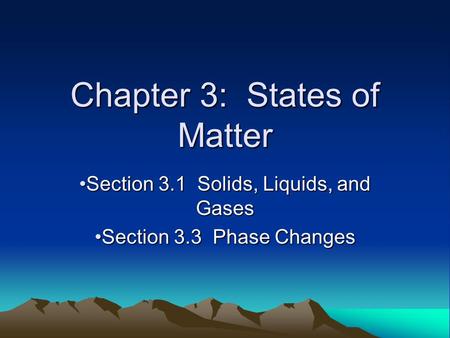 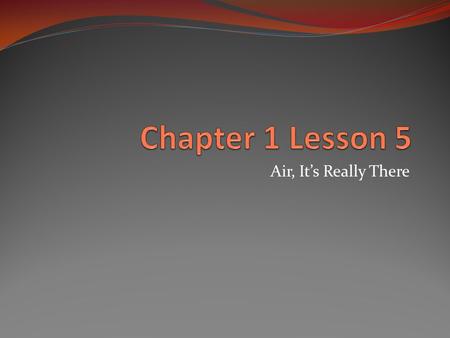 Air, It’s Really There. Are gases, such as the gases in air, matter? The air around you is made up of some different gases – nitrogen, oxygen, carbon. 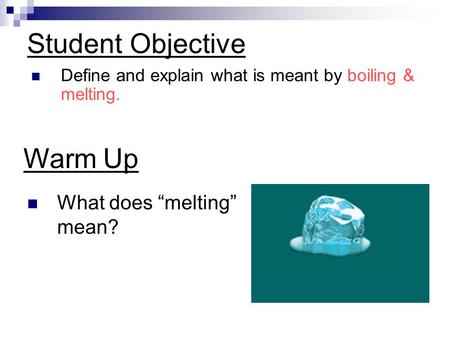 Student Objective Define and explain what is meant by boiling & melting. Warm Up What does “melting” mean?