Presentation on theme: "Chemical Bond  The attraction between atoms that holds them together and makes them function as a unit."— Presentation transcript:

2 Chemical Bond  The attraction between atoms that holds them together and makes them function as a unit.

5 Ionic Bonds  An ionic bond is a transfer of electrons between a metal and a nonmetal.  Electrons are completely transferred from one atom to another.  They either lose or gain electrons and form ions.  The atoms are bound together by the attraction between the opposite charges.

7 Writing Formulas 1. Write the symbols of each element. 2. Put their charge in their upper right corner. 3. Crisscross the numbers down (Not the charges). Example: Write the formula for Magnesium Chloride. Mg Cl Mg +2 Cl -1 Mg Cl

10 Covalent Bonds  A covalent bond is the sharing of electrons between 2 nonmetals.  example example  Both of the nonmetals want to gain electrons so they will share electrons to fill their orbitals. **A complete outer orbital has 8 electrons.**

13 Lewis Dot for Covalent Bonds  Can also be used to show bonding between atoms.  Electrons are placed between the atoms and are represented by a pair of dots or a dash.  Each dash represents one pair of electrons, or one bond. H2OH2O The structural formula shows a shared pair of electrons by a dashed line.

Download ppt "Chemical Bond  The attraction between atoms that holds them together and makes them function as a unit." 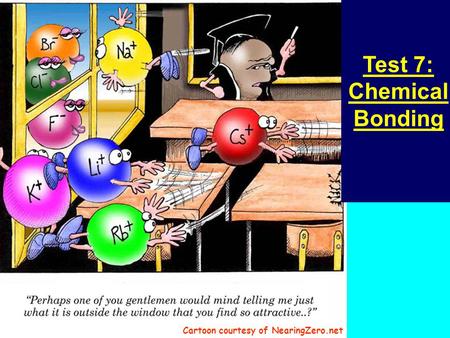 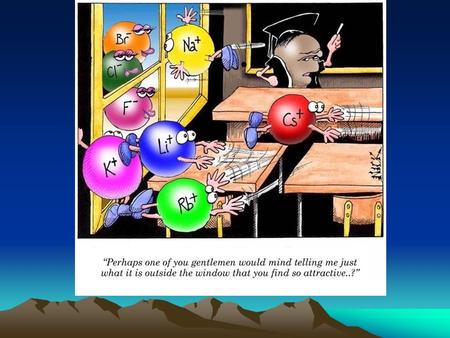 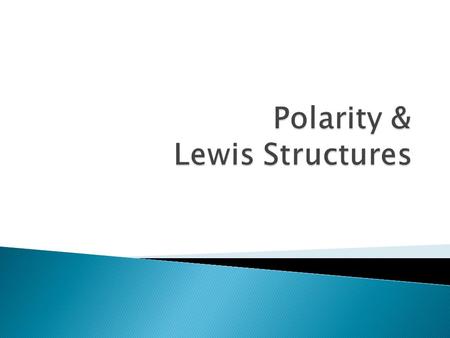 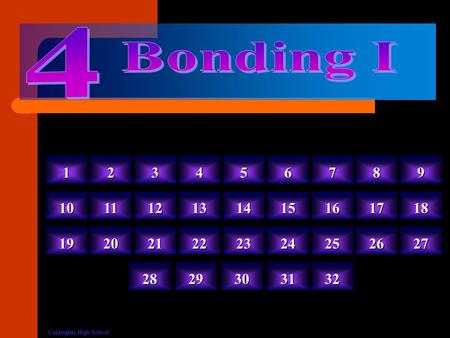 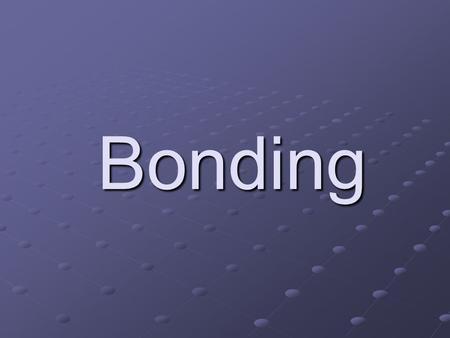 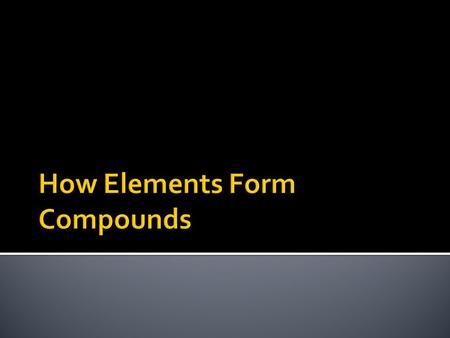