3 Covalent Bonding  The chemical bond formed when two atoms share electrons  Covalent means “share” Way to remember: “CO” – together like a couple or companion Way to remember: “VALENT”– valence electrons  What is the difference between a covalent bond and an ionic bond?  Electron sharing occurs when atoms such as Hydrogen bond to other nonmetals or with the same element

4 Covalent Bonding  By sharing electrons, each atom has a stable set of eight  The force that holds atoms together in a covalent bond is the attraction of each atom’s nucleus for the shared pair

9 Covalent Bonding: Molecular Compounds  What is unequal sharing of electrons?  Atoms of some elements pull more strongly on shared electrons than do atoms of other elements  As a result, the electrons are pulled more towards one atom, causing the bonded atoms to have slight electrical charges which are not as strong as the charges on ions

11 Covalent Bonding: Bonding in Metals  What is an alloy?  Mixture made of two or more elements that has the properties of a metal  In every alloy, at least one of the elements is a metal  Alloys are generally stronger and less likely to react with water than are the pure metals from which they are made 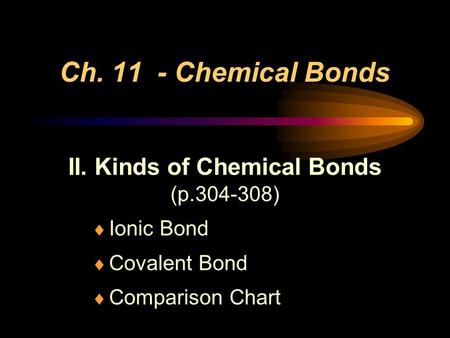 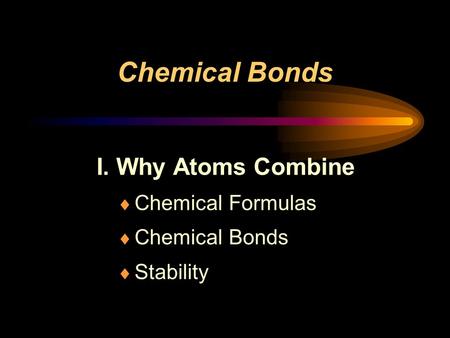 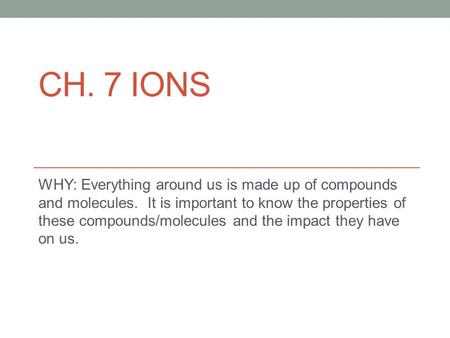