1 Ludwig van Beethoven “You will ask me where I get my IDEAs... That I cannot tell you… Keela O’ Brien

3 Older Beethoven On November 15th 1815, Kaspar Karl, Beethoven’s brother, died. He left behind his wife, whom the composer referred to as “The queen of the night” due to the pastimes of the window, as well as a son, Karl, who was 9. Here Beethoven’s life was to change dramatically. His brother had written that he wished Karl’s guardianship to be exercised by both his wife and Ludwig. In 1816, Carl Czerny (future teacher of Franz Liszt and once Beethoven’s student) became Karl’s music teacher, but didn’t find the talent in the boy who Beethoven hoped him to possess. Gioachino Rossini(Beethoven’s friend) triumphed in Vienna in 1822, where he met Beethoven again. The language barrier and Beethoven’s deafness meant that they could only exchange brief words. The Viennese composer tolerated Italian opera only in moderation—he found some of Beethoven’s music lacked seriousness.

4 Beethoven’s Music During Beethoven’s life he wrote 9 symphonies,7 concertos,17 string quartets,32 piano sonatas and 10 sonatas for violin. When he was deaf, Beethoven cut the legs off his piano to feel the vibrations of the music that he was playing. He wrote music when he was deaf by hearing music in his head! He wrote his most famous pieces while he was deaf!

5 Basic Beethoven Beethoven was born on the 17/12/1770 in Germany.
He died on the 26/03/1827. His mother died while he was in Vienna, visiting a friend. He was one of the most famous and influential composers of all time!

6 They come unsummoned, directly, indirectly…
Incited by moods which are translated by the poet into WORDS, By me into the TONES that sound, and roar and storm about me Until I have set them down in NOTES. - Beethoven, 1822

7 Early Life Beethoven was born on December, 17, 1770, in Bonn, Germany.
His father, a singer and instrumentalist, was Beethoven’s first teacher. His other teachers included Haydn and Salieri. His father treated him harshly. His first music was published when he was twelve years-old. Beethoven-haus, Bonn Now a museum

8 His Struggles and Works
In 1802, Beethoven realized that he was rapidly losing his hearing. As a result of this realization, he became increasingly reclusive. Nevertheless, he continued composing. Unlike Haydn and other previous composers who relied on patrons, Beethoven worked independently and earned a living from the sale of his works. Therefore, Beethoven was the first free-lance composer. 9th Symphony Manuscript

9 Later Life and Influence
Beethoven composed 9 complete symphonies, 32 piano sonatas, overtures, and numerous chamber works. His music lead the entire musical world into romanticism and influenced the way in which pianos were built. He was completely deaf while composing his 9th Symphony. He died in Vienna on March 26, Nearly 30,000 people attended his funeral.

10 “What I am, I am by myself. There are and will be a thousand princes…
There is only one Beethoven.” - Beethoven 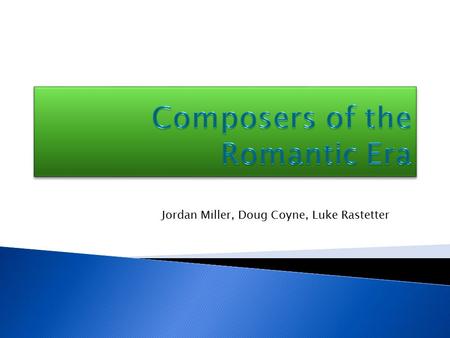