6 A Historic Meeting The Constitutional Convention chose George Washington as its president. Strength and character His leadership brought the Convention respect and legitimacy

12 The Great Compromise Connecticut delegates came up with a compromise for the Virginia and New Jersey Plans The legislature would be bicameral (2 houses) The Upper House, the Senate, would have two representatives from each state The Lower House, House of Representatives, representation would be based on states’ population

17 Compromises on Slavery
North and south did not include a ban on slavery in the Constitution, although some favored it They agreed to a clause allowing the slave trade to continue for 20 years Fugitive Slave Clause – stated that a slave who fled to another state had to be returned to his or her original state 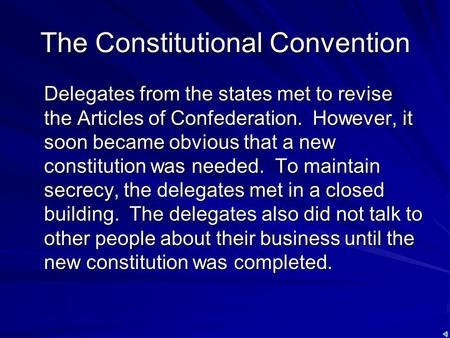 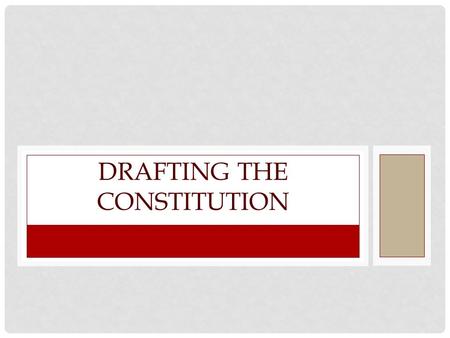 DRAFTING THE CONSTITUTION. Main Idea The Constitutional Convention tried to write a document that would address the weaknesses of the Articles of Confederation. 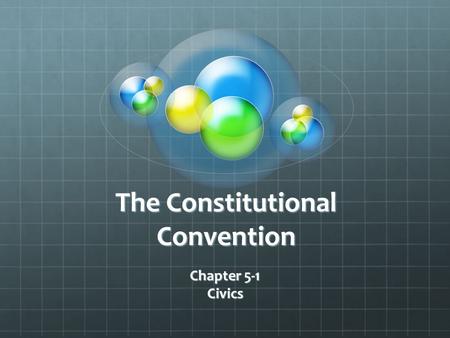 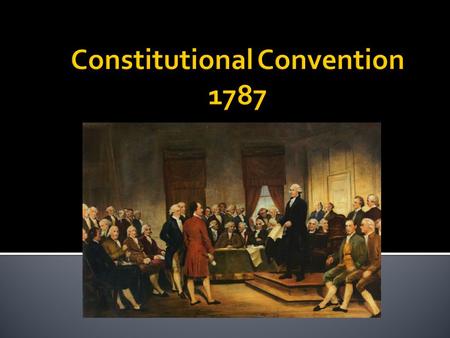