3 7 - 3 √ The idea was created by Simon Kuznets (1901-1985) beginning in 1930 shortly after the beginning of the Great Depression. He received the Nobel Prize in Economics in 1971 for his effort. √ The tools of collection of the data were developed by the team led by Dr. Kuznets. √ The Bureau of Economic Analysis (part of the Commerce Department) compiles the numbers (http://www.bea.gov/). National Income accounting: measuring overall performance of the economy

4 7 - 4 GROSS DOMESTIC PRODUCT Market Value of the total goods and services produced within the boundaries of the US whether by Americans or foreigners in one year. Defining…

17 7 - 17 Net Domestic Product By subtracting DEPRECIATION or Consumption of Fixed Capital from the GDP, a figure for the true amount of new goods and services can be determined.

18 7 - 18 Personal Income Subtracting losses to income (Social Security contribution, corporate profits and retained earnings) and adding a source of income (transfer payments) to the National Income, a figure is determined that shows the personal income available to the nation.

21 7 - 21 NOMINAL GDP vs. REAL GDP Nominal GDP … reflects the current price level of goods and services and ignores the effect of inflation on the growth of GDP. … this measure is called Current Dollar GDP.

22 7 - 22 Real GDP … measures the value of goods and services adjusted for change in the price level. It will reflect the real change in output. … This measure is called the Constant Dollar GDP. … indicates what the GDP would be if the purchasing power of the dollar has not changed from what it was in a base year. The government currently uses 2000 as its base year for Real GDP measurement. NOMINAL GDP vs. REAL GDP 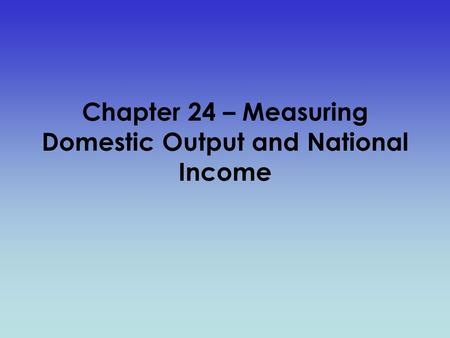 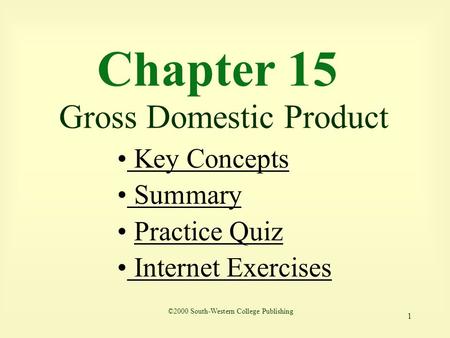 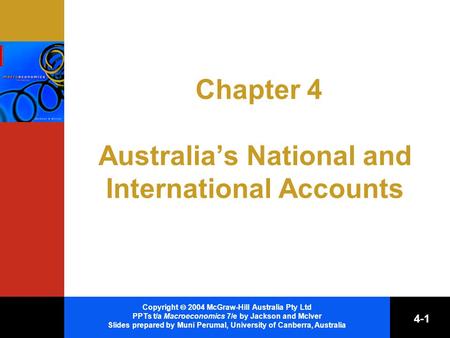 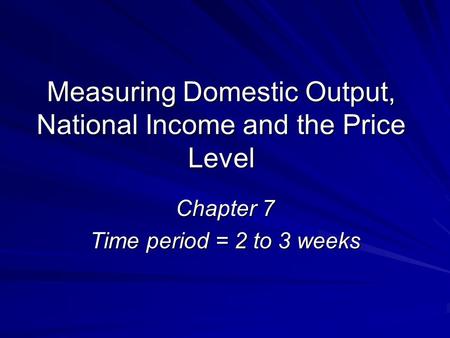