3 What are the Common Core State Standards? The Common Core State Standards set grade-by-grade learning expectations for students in grades K-12 for Mathematics and for English Language Arts and Literacy. While states have had standards for more than 15 years, this set of standards is more focused on preparing students for success in college and career. They set clear, consistent and high learning goals. They have been adopted by 45 states so far. 3

4 Why Now? Global competition Today’s jobs require different skills The Common Core State Standards grew out of an effort to develop a set of educational standards that are consistent across the country.

5 Common Core Across the Nation 5

6 Criteria for the Standards Fewer, clearer, and higher Aligned with college and work expectations Include rigorous content and application of knowledge through high-order skills Build upon strengths and lessons of current state standards Internationally benchmarked, so that all students are prepared to succeed in our global economy and society Based on evidence and research

7 In ELA, there are 3 major shifts or changes in instruction. Common Core State Standards in ELA 7

9 2. Evidence from the text will be used to support both reading and writing. 9 Common Core State Standards in ELA

10 3. There will be a much greater emphasis gaining knowledge from non-fiction text. 10 Common Core State Standards in ELA

11 How can you help your child in literacy? - Ask your child specific questions about what they read. - Encourage children to read, then write and speak about, nonfiction text such as newspapers, magazines, and biographies. - Encourage children to research topics of interest and read series that relate to a central topic. - Have your child follow step by step instructions or a set of directions in order to accomplish a task, such as building a sandcastle or operating a game.

12 There are 4 instructional shifts in Math. 12 Common Core State Standards in Math

13 1. The math curriculum is more focused so that fewer concepts, or topics, are covered at each level, but what is included is covered in much greater depth. 13 Common Core State Standards in Math

14 2. The order in which math topics are covered has been rearranged so that the overall progression of instruction is more coherent. 14 Common Core State Standards in Math

15 3. There is increased emphasis on understanding math. This includes being able to justify why an answer is correct and applying math to real-life problems. 15 Common Core State Standards in Math

16 4. Precision and fluency in math are also being stressed. 16 Common Core State Standards in Math

18 How can you help your child in math? - Help children practice their addition, subtraction, multiplication and division facts. - Encourage children not to give up while solving problems, to build stamina and develop their critical thinking skills. Don’t give them the answers - ask them to think of different ways they can solve problems. - Have children illustrate the math they were thinking in their head and discuss it out loud. - Have children apply their math knowledge to a real-world scenario at home, such as doubling a recipe or calculating the area of a room.

19 PARCC stands for Partnership for Assessment of Readiness for College and Careers. PARCC is a group of 23 states who are working together to design a set of common assessments for grades K-12 in English/Language Arts and Math. What is PARCC? 19

22 Texts used on the test will be more challenging. More academic language will be used. Students will need to cite evidence from the text they read to answer questions. Questions will be based on materials across the curriculum including science and social studies. 22 How are the PARCC tests going to be different from current tests in ELA? 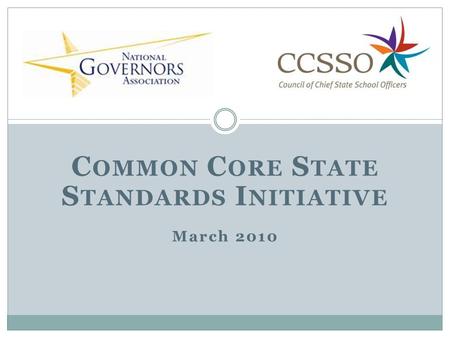 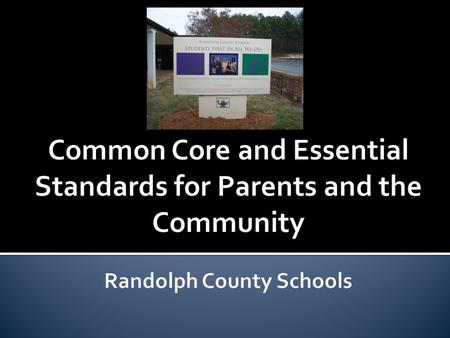 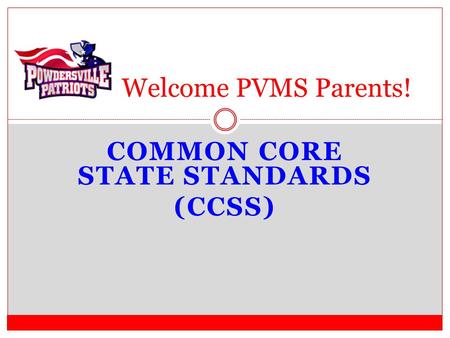 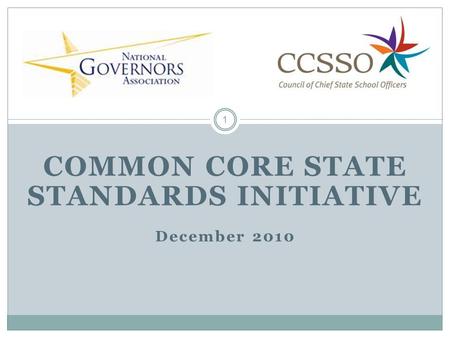 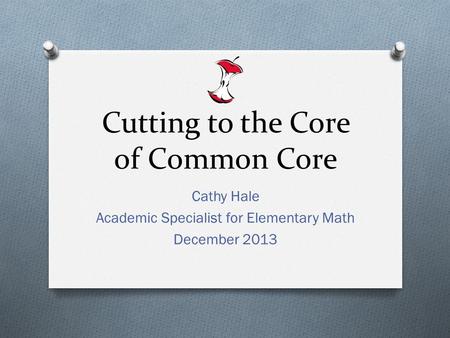 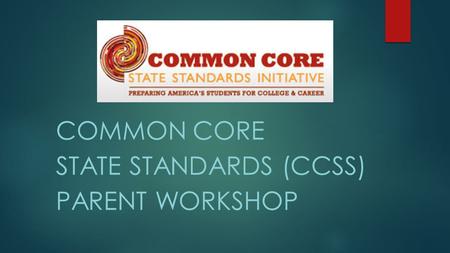 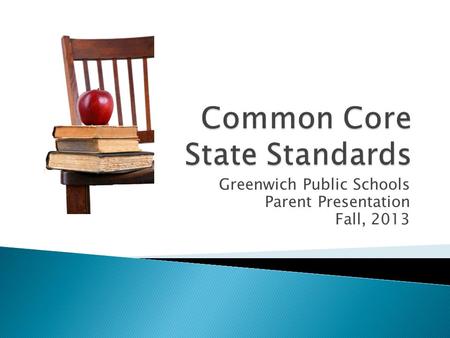 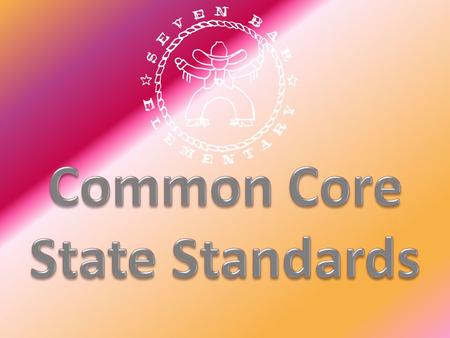 Standards help teachers ensure their students have the skills and knowledge they need by providing clear goals for student learning. Common standards. 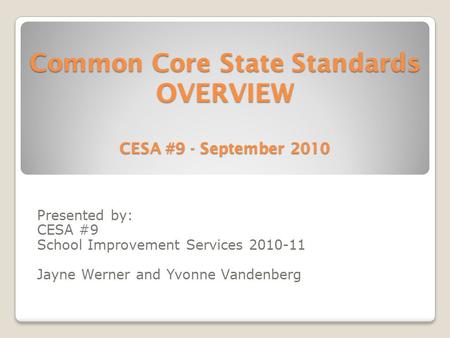 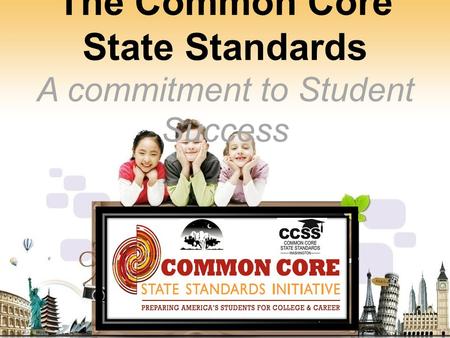 The Common Core State Standards A commitment to Student Success. 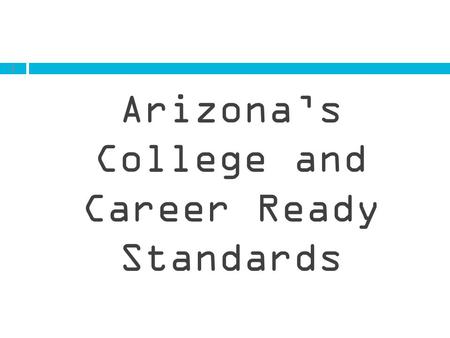 1 Arizona’s College and Career Ready Standards. WHAT ARE ACADEMIC STANDARDS? Standards are what students need to learn in each grade and subject area. 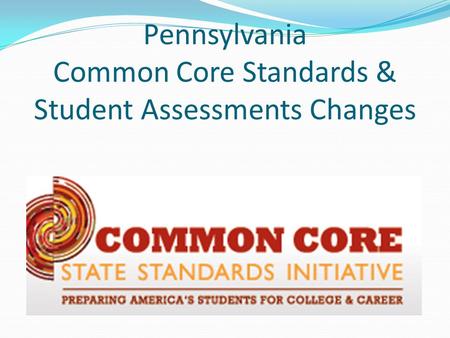 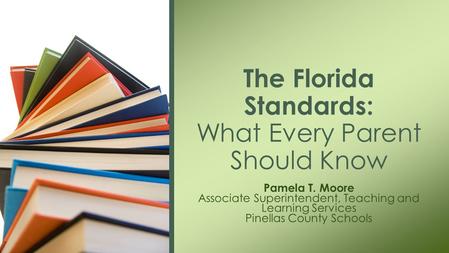 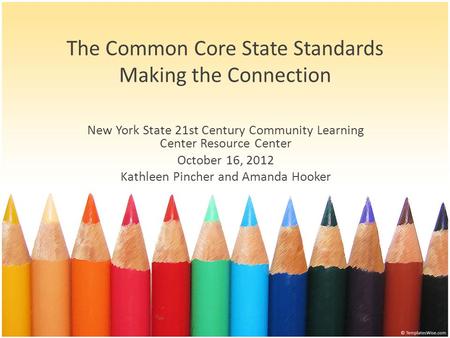 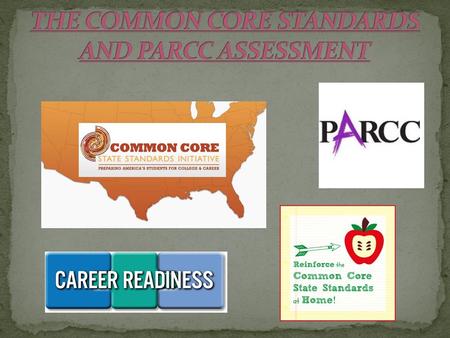 The Common Core State Standards (CCSS) are a set of sequential benchmarks that identify what a child needs to have learned and be able to do by the end. 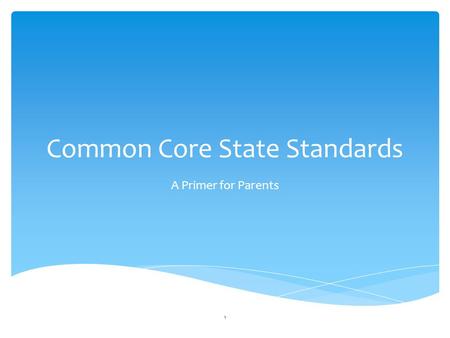 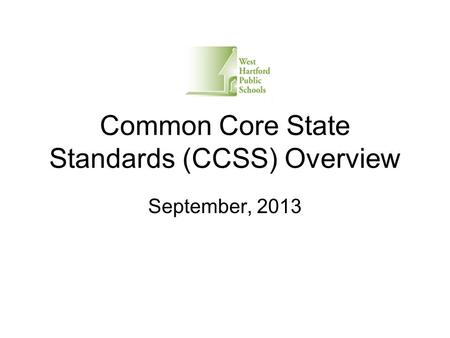 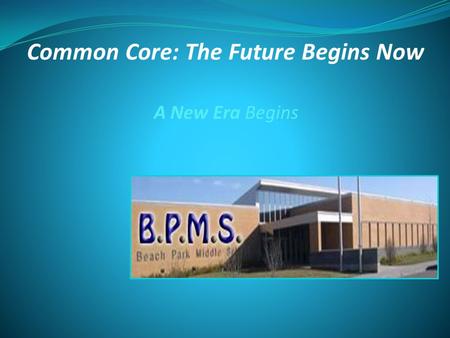 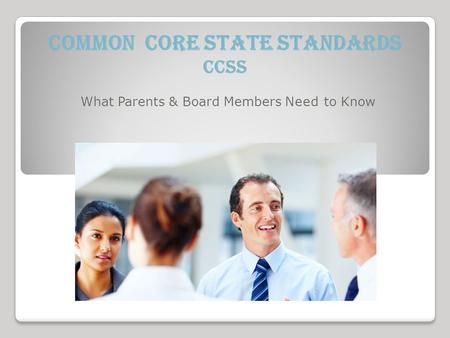 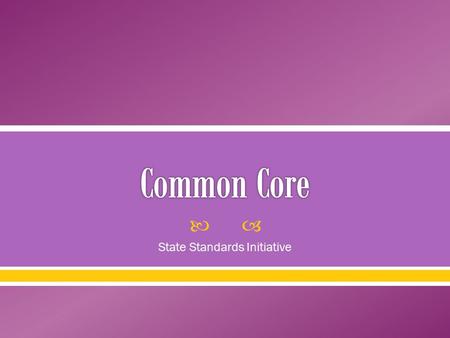  State Standards Initiative.  The standards are not intended to be a new name for old ways of doing business. They are a call to take the next step.