Presentation on theme: "7-2 Quiz Grab your clicker. 1.In Chinese society, _________ was the lowest class. 2.Building block of Chinese life 3.Children must respect their parents."— Presentation transcript:

4 Chinese Society Fill in the blank with the correct social class Aristocrats Peasant farmers Merchants Why was the wealthy merchant class on BOTTOM??

7 Life of a farmer 9/10 Chinese were farmers Lived in simple homes Farmers grew wheat, millet, and rice on aristocrat’s farmers Farmers grew food for their family on a small plot of land One month a year they helped with gov’t building projects In war time farmers became soldiers

8 Life of merchants Shopkeepers, traders, and bankers Lived in towns and provide goods and services Very rich Looked down on by other classes

11 CHINESE THINKERS Need for order and a peaceful society led to 3 major theories to create a peaceful society Confucianism- –Confucius – China’s first great thinker and teacher –Duty- was important above all else –“Golden Rule”- Do unto others … –Unpopular with aristocrats because Confucius felt ALL men with a talent to govern should be able to work in the government.

12 Daoism Laozi- “Old Master” founder Dao De Jing- written text Worldly desires- must give up these Nature- the force that guides all things Opposite of Confucianism because it called on people to give up their concerns about the world (working in gov’t) and seek inner peace.

Download ppt "7-2 Quiz Grab your clicker. 1.In Chinese society, _________ was the lowest class. 2.Building block of Chinese life 3.Children must respect their parents." 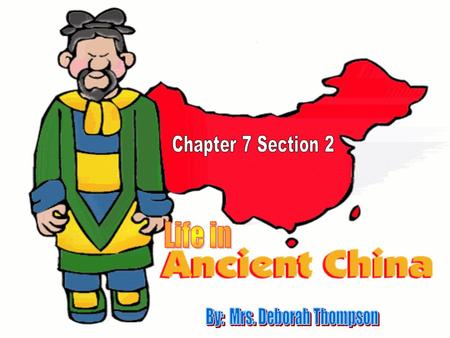 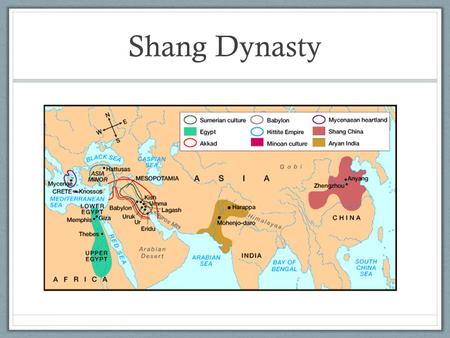 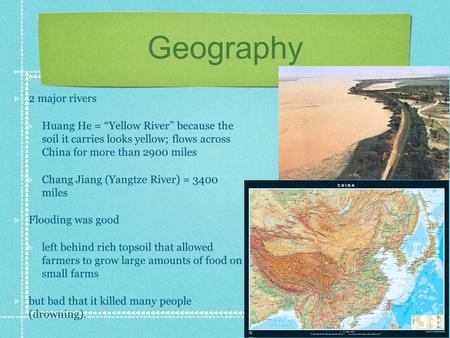 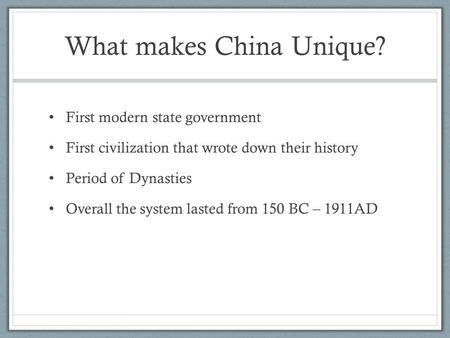 What makes China Unique? First modern state government First civilization that wrote down their history Period of Dynasties Overall the system lasted from.