Presentation on theme: "THE INFINITIVE The infinitive is used: to say why you do something"— Presentation transcript:

1 THE INFINITIVE The infinitive is used: to say why you do something
I’ve just gone running to get some exercise. He’s taken up tennis to make friends. to say why something exists There’s an example to help you. after too and enough It’s too cold to go swimming today. He isn’t good enough to make the national team.

3 VERB + -ING The verb + -ing is used: after prepositions:
He’s made a lot of friends by joining the tennis club. We watched a film about climbing in the mountains. as subjects or objects of a sentence: Climbing is safer than it looks. He decided to take up adventure racing.

4 The verb + -ing is used after these verbs:
admit, appreciate, avoid, celebrate, consider, delay, deny, dislike, enjoy, finish, imagine, involve, keep, mind, miss, postpone, practice, regret, risk, stop, suggest I really enjoyed winning that match. She suggested playing a game of squash after school. The verb + -ing is used after the following expressions: it’s no good it’s not worth it’s no use it’s a waste of time can’t stand can’t bear can’t help It’s not worth joining that sports club. It’s a waste of time entering the competition unless you’re really fit. I can’t bear watching my team when they play badly.

Download ppt "THE INFINITIVE The infinitive is used: to say why you do something" 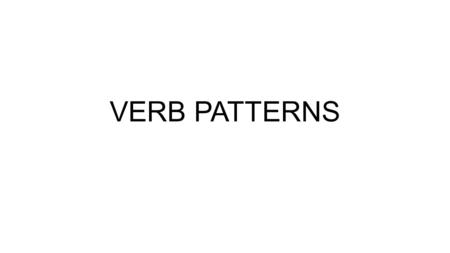 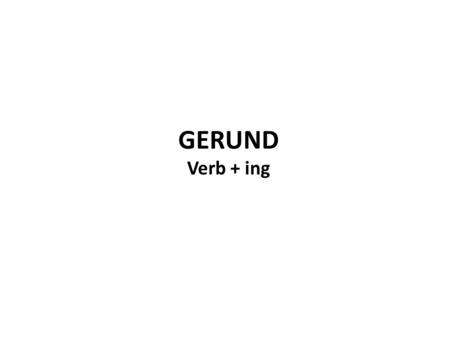 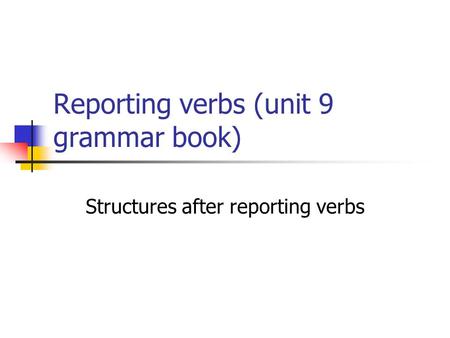