2 Research Issues in Organizations Approaches to collecting data Experimental Observational/correlational Data collection issues Sampling How should we select participants? What impact does it have on the results? Experimental design Controlling potential confounds Assigning participants to experimental conditions Measurement issues Describing and interpreting the results

4 Experiments: Pros and Cons Advantage: Allows conclusions about direct effects of one variable on another Disadvantages: Experimental conditions are artificial results may not “generalize” to the real world Some questions can’t be tested in an experiment Require control that is not always available in the “real” world

6 Internal Validity History Maturation Testing Instrumentation Statistical Regression Selection Mortality Selection-Maturation Diffusion of Treatment External Validity Sample Setting (e.g., culture) Time (e.g., 60s vs. 90s) Replication (lack of) Do the results of this experiment generalize (apply) to settings other than the experiment Is there another reason (other than the independent variable) that could explain the results of the experiment. Validity

7 How participants are selected for a study influences the extent to which the results can be applied to a larger group (external validity). A wide variety of techniques are available Two Main types of sampling  Probability  predetermined chance of any individual in the population being selected for the study  Nonprobability  Typically nonrandom sampling Sampling 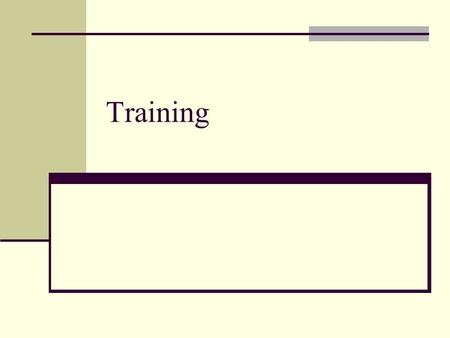 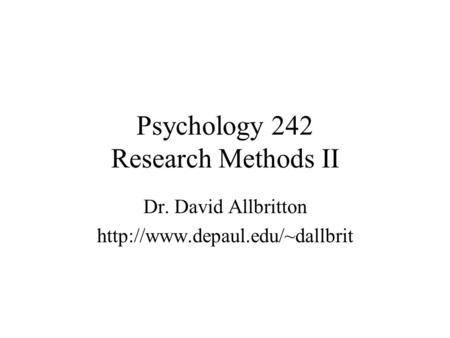