4 Making Space for Water Response  In March 2005 Defra published the first Government response to the consultation  It outlined how the new strategy was to be implemented over the next 20 years and beyond  It recognised the fact that there was further work required to implement the detail of the new strategy.  Acknowledged the need for continued consultation in order to assess options for the future.  Result was a programme of work consisting of 25 projects divided into 4 themes

8 Coastal Erosion (HA4b) Project Objectives  Map the coastline susceptible to erosion and instability from natural processes  Predict future coastline positions based on existing defences and management practices Consider ways in which both hazard and risk associated with coastal erosion can be generated for England Look at ways in which this can be graphically illustrated through mapping Develop policy, regulation, organisation responsibility and processes to support implementation of the above Contribute to a wider MSfW communications strategy

9 Risk Mapping: Coastal Erosion (HA4b) Project Scope  England and Wales  The assessment should cover the whole of the coastline (defended and undefended)  Not estuaries (as defined by SMP boundaries)  Erosion only  Not flooding (complement flood maps)  Nor flooding as a consequence of erosion 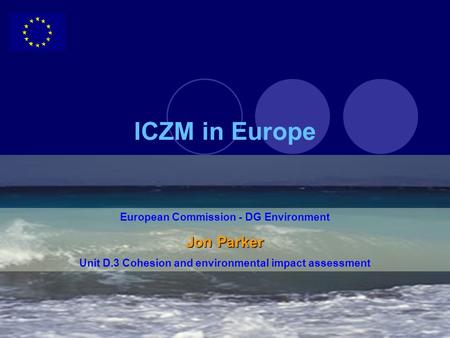 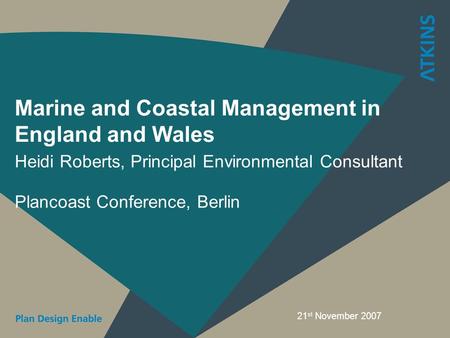 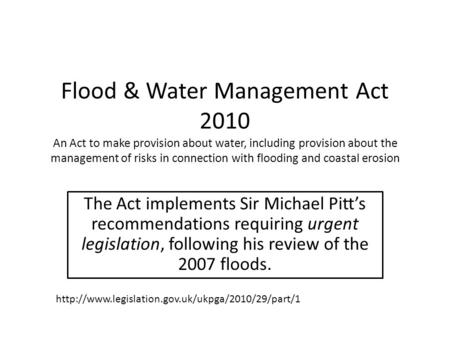 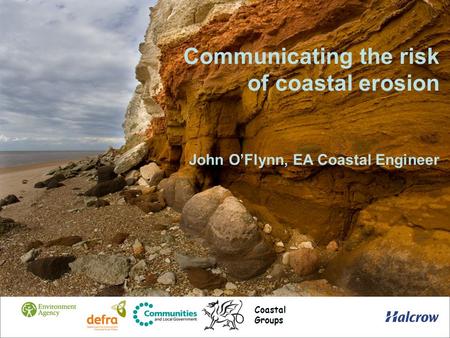 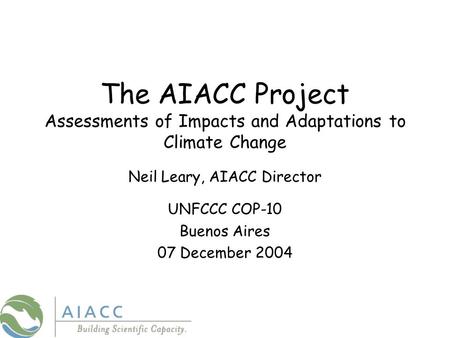 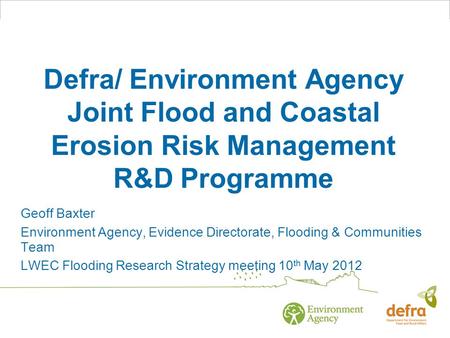 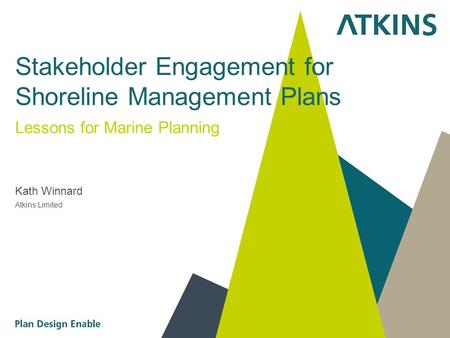 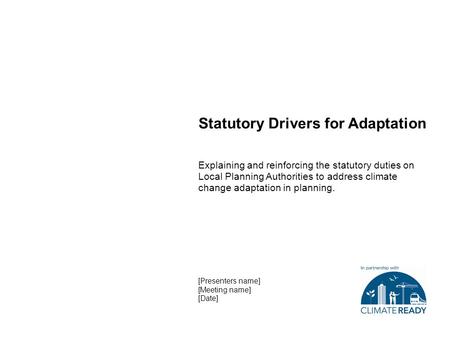 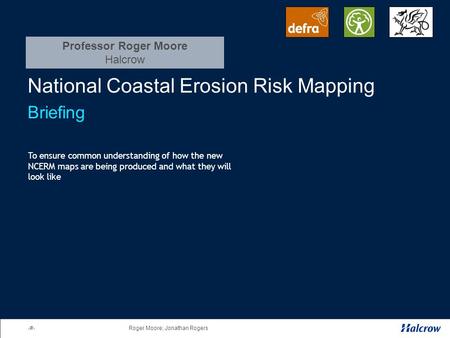 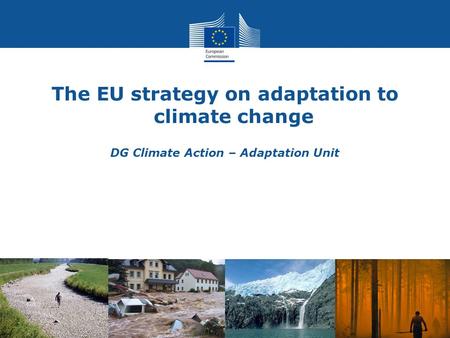 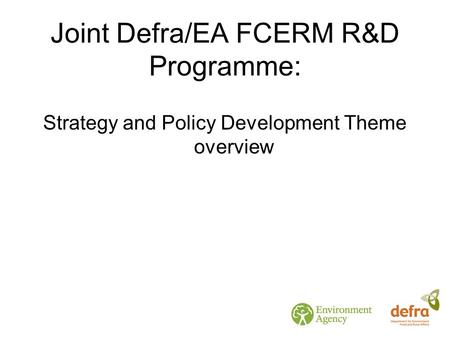 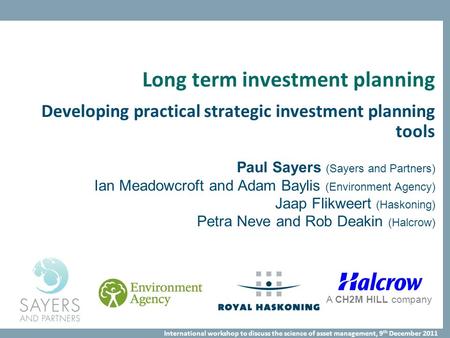 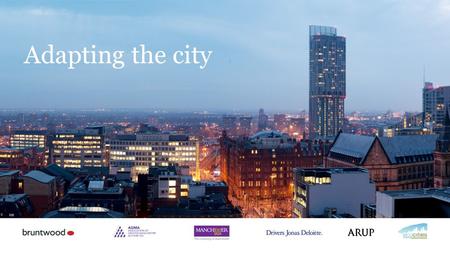 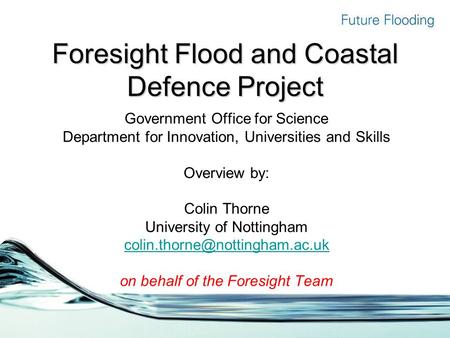 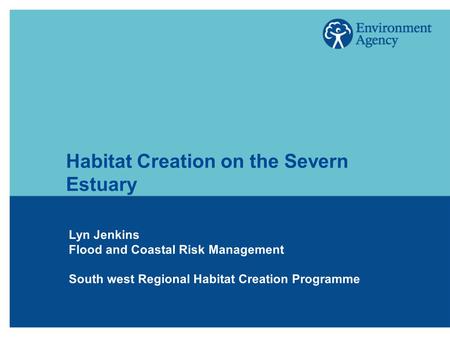 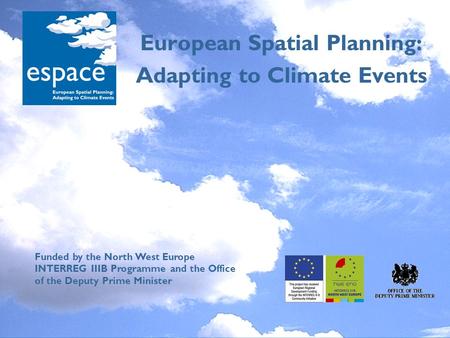 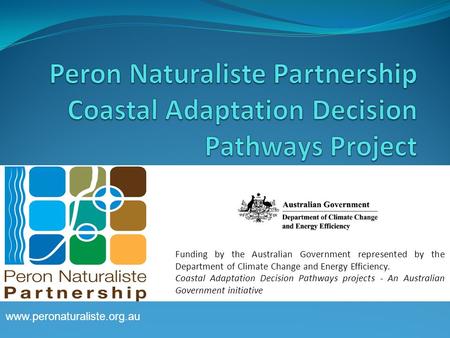 Funding by the Australian Government represented by the Department of Climate Change and Energy Efficiency. Coastal Adaptation. 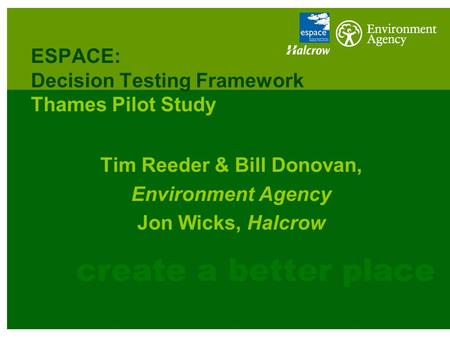 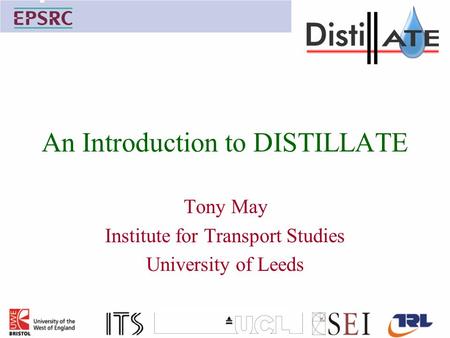 An Introduction to DISTILLATE Tony May Institute for Transport Studies University of Leeds.