2 Chemistry The study of the composition of matter and the changes that matter undergoes. Living and nonliving things are made of matter, chemistry affects all aspects of life and most natural events.

3 The reason why... creatures survive deep in the ocean where there is no light why some foods taste sweet some bitter even why there is different shampoos for dry or oily hair. chemical changes that occur in leaves can cause...?

6 Inorganic Chem the study of chemistry that does not contain carbon.
non-living example: inorganic chemist might explain how lacking calcium can affect the growth and repair of bones. NOTE: there are other ways of getting calcium than drinking milk

7 Biochem the study of the processes that take place in organisms.
example: how the energy used from the contraction of muscles is produced and stored.

8 Analytical chem the area of study that focuses on the composition of matter. example: measuring the level of lead in water

9 Physical chem area that deals with mechanism; rate and energy transfer that occur when matter undergoes a change. example: breathing during exercise.

10 Everything is a chemical

14 Identifying Substances
Substance: matter that has a uniform and definite composition. Gold and copper are examples of pure substances.

15 Identifying Substances
physical properties: a quality or condition of a substance that can be observed or measured without changing the substance’s composition. State, color, melting point, boiling point are all physical properties.

18 Liquids Indefinite shape Definite volume Not easily compressed
particles are close together, but free to flow past one another.

21 Plasma is a state of matter similar to gas in which a certain portion of the particles are ionized. Heating a gas may ionize its molecules or atoms (reduce or increase the number of electrons in them), thus turning it into a plasma, which contains charged particles: positive ions and negative electrons or ions. Lighting is an example of plasma present on the Earth’s surface

23 2.2 Mixtures How can mixtures be classified?

24 Mixture: is a physical blend of two or more components.
examples: chicken noodle soup, liquid salad dressing and air are all types of mixtures.

26 Heterogeneous Mixture
Think about chicken noodle soup... the ingredients are not evenly distributed throughout the mixture. More chicken or noodles in one spoon full than the next. Heterogeneous mixture: A mixture in which the composition is not uniform throughout.

28 Solutions Many solutions are liquids. Some gases, like air.
Some solids, like stainless steel- a mixture of iron, chromium and nickel.

30 Separating Mixtures On a piece of paper write down how you would separate these mixtures: In a salad In a olive oil and vinegar mixture and what might be a helpful tool?

31 In a salad you can remove ingredients you do not like (solid mixture).
In a olive oil and vinegar mixture- decant, or pour off, the oil layer- oil floats on water. cool liquids till oil turns solid- oil freezes before vinegar. taking advantage of the differences in physical properties to separate mixtures.

32 Filtration Filtration: is a process that separates a solid from the liquid in a heterogenous mixture. A colander can separate cooked pasta from the cooking water. The holes, or pours, in a coffee filter are small enough so the coffee can not go through but not small enough to retain the particles of water.

33 Distillation Distillation: a liquid is boiled to produce a vapor that is then condensed into a liquid. tap water is a homogeneous mixture of water and substances that dissolved in the water. One way to separate water from the other components in tap water is through distillation.

35 Elements and Compounds
Element: the simplest form of matter that has a unique set of properties. Examples: Oxygen and hydrogen

37 Can compounds can be broken down into simpler substances?
Can elements?

38 Yes, compounds can be broken down into simpler substances by chemical means.
Elements cannot!

39 Breaking down compounds
Chemical change: is a change that produces matter with a different composition than the original matter. example: heating is one of the processes used to break down compounds into simpler substances.

40 Properties of Compounds
Properties of compounds are quite different from those of their component elements. Example: Sugar is a sweet-tasting, white solid. Carbon is black, tasteless solid. Hydrogen is a gas that burns in the presence of oxygen- a colorless gas that supports burning. The product hydrogen and oxygen is water, which stops materials from burning.

43 What is the key difference between a substance and a solution?

45 Symbols Symbols are used to represent elements, and chemical formulas to represent compounds. Each element is represented by a one- or two-letter chemical symbol. The first letter- always capitalized. Second letter- is lowercase.

47 Each element: is identified by its symbol placed in a square.
listed in order from left to right and top to bottom by atomic number, a number that is unique to each element. Shown centered above the symbol. the lightest element hydrogen (H), is in the top left corner.

49 Each vertical column of the periodic table is called a group or family.
Elements within a group have similar chemical and physical properties. Each group is identified by a number and the letter A or B.

50 On a piece of paper, answer the following:
How many elements are in period 2? In group 2A?

51 How many? How many elements are in period 2? 8 elements
In group 2A? elements 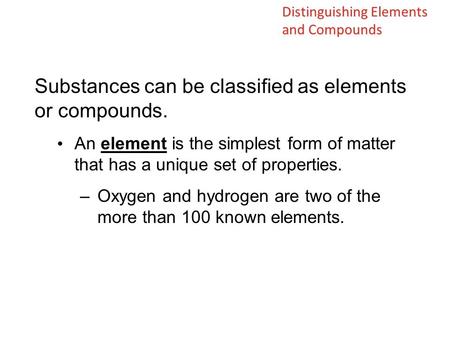 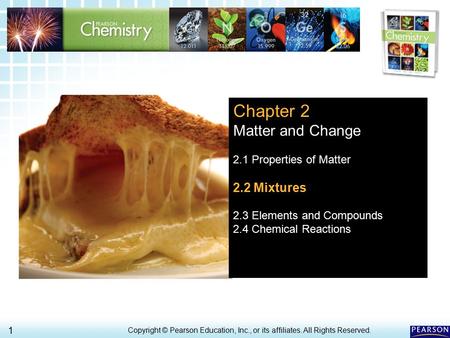 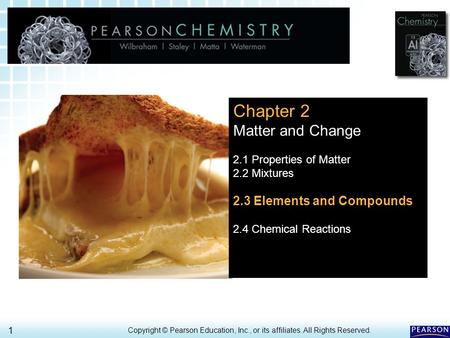 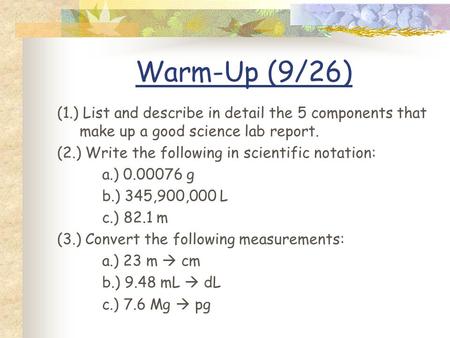 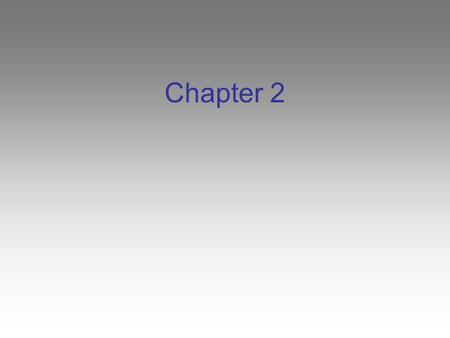 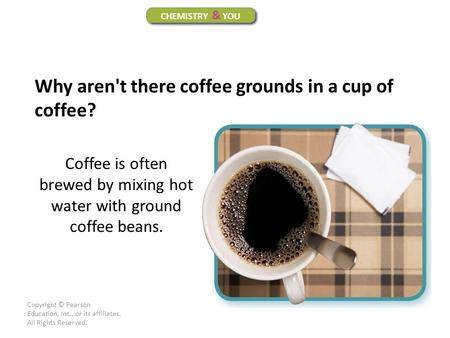 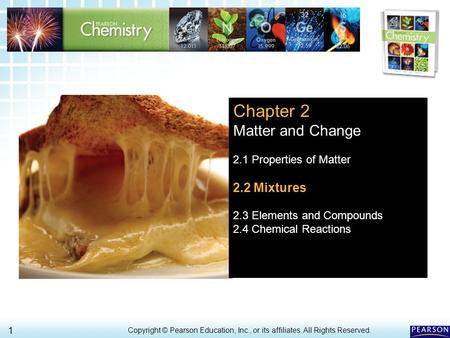 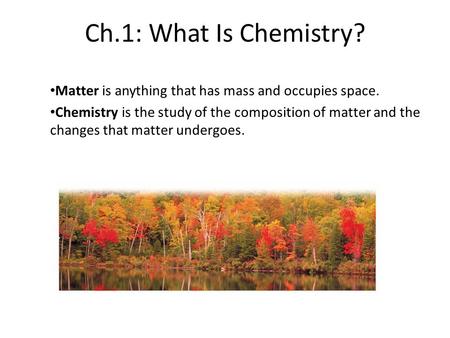