1 Physics, Measurements and System of Units

2 What is Physics? Physics is a fundamental science that seeks to explain our physical environment (the universe). Physicists aim to formulate a few laws (statements) that apply to the whole universe and explain all observable phenomena. Physics is both experimental and theoretical. All theories are tested by experiments or observations.

4 Physics is an experimental science
It is based on observations with our senses or instruments. Physicists measure quantities (quantitative) as precisely as possible for comparison with theory and other experiments. Requires universal, accessible standards of measurement for reproducibility, comparability and accuracy of results.

5 Standards: Definitions of Fundamental or Base Quantities
Fundamental quantities are agreed upon by convention. The minimum number of base quantities and their corresponding units are defined for simplicity and maintainability. Choice and definitions of standards and their corresponding units are based on accessibility, accuracy and universality. Example: time (second)

7 System of Units A collection of fundamental quantities and their associated units is called a system of units. The SI (Système International) is now used throughout the world except for the USA. Other system of units are the CGS, Imperial, and customary American systems.

11 Dimension The term “dimension” has two meanings in physics.
It is used to describe the nature of space (3D space with length, width, height). It is also used to mean the “quality” or “type” of the physical quantity. (length, time, mass, force, etc.) We use the second meaning when we speak of dimensional consistency of physical equations.

12 Physics Equations Have Consistent Dimensions or Units
Left and right side terms of equations must agree in terms of dimension (or units after conversion to common units) Algebraic operations also apply to units. Quantities to be added or subtracted must have the same units. Unit consistency or conversion of units follow the rules of algebra.

17 Significant Figures cont ...
In this course we will not strictly enforce the rounding rules for addition. Usually, physics problems usually involve a series of calculations requiring additions, subtractions, multiplications, divisions, raising to a power, exponentiation, trigonometric functions, etc. Please keep the full number of decimal places of intermediate steps in your calculator and round only the answers to specific questions. There should not be any ‘calculator answers’ 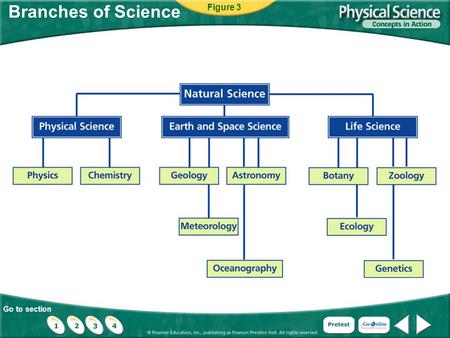 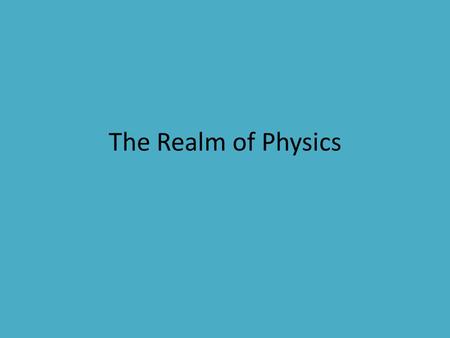 The Realm of Physics. 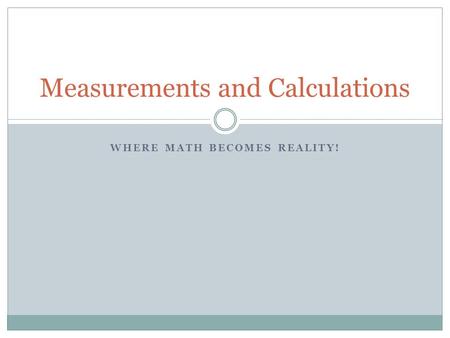 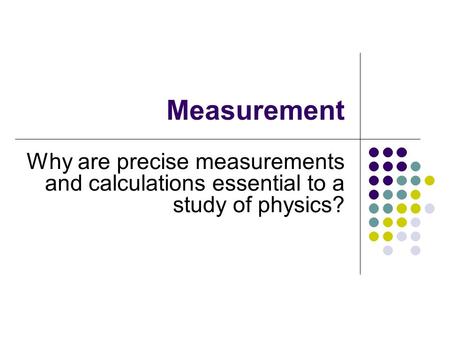 Measurement Why are precise measurements and calculations essential to a study of physics? 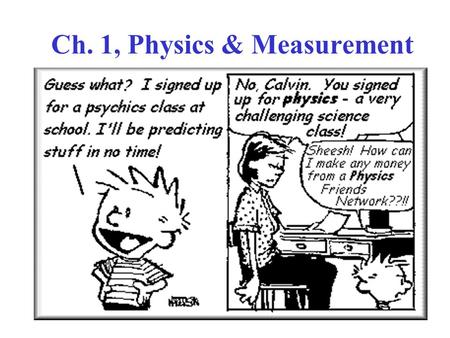 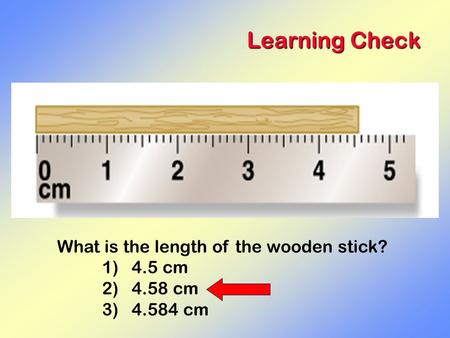 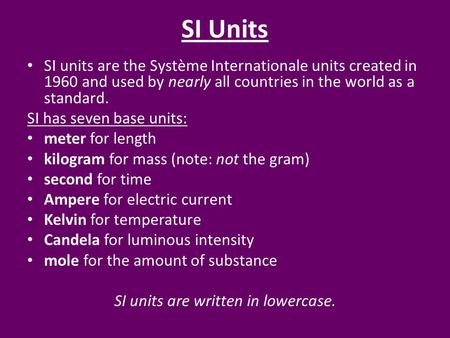 SI Units SI units are the Système Internationale units created in 1960 and used by nearly all countries in the world as a standard. SI has seven base units: 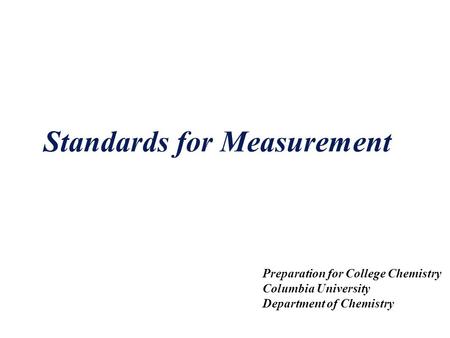 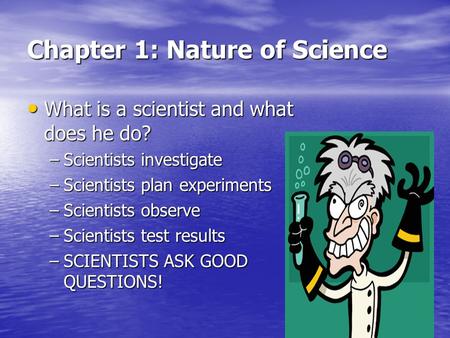 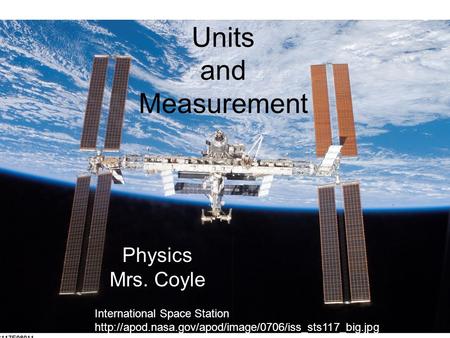 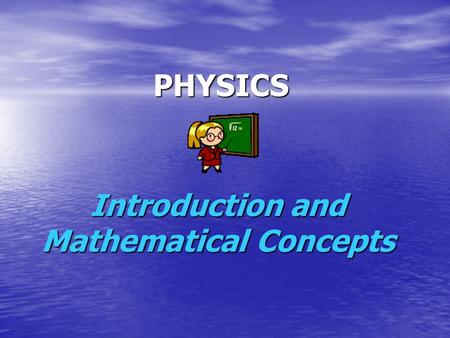 Introduction and Mathematical Concepts PHYSICS. Physics predicts how nature will behave in one situation based on the results of experimental data obtained. 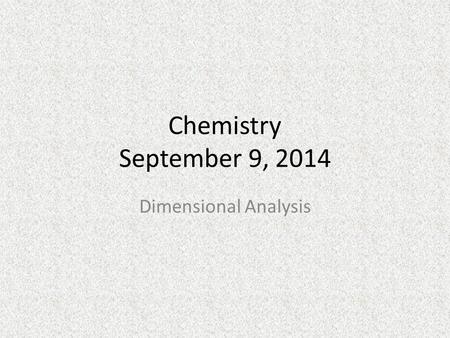 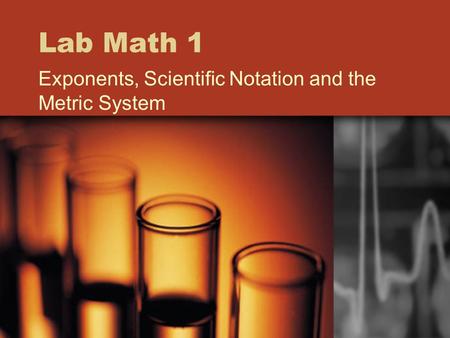 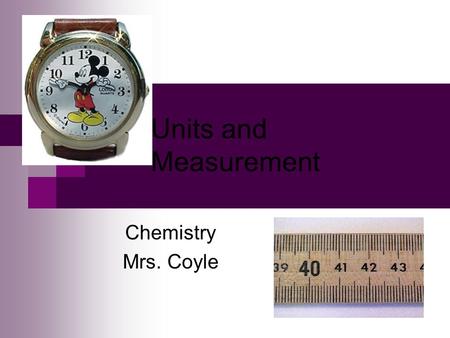 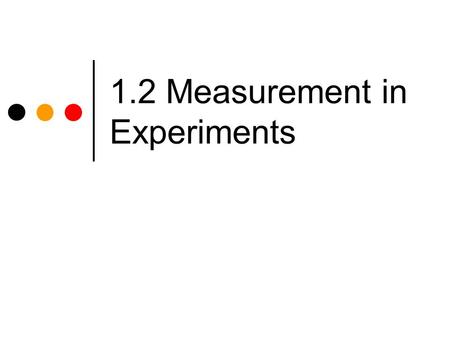 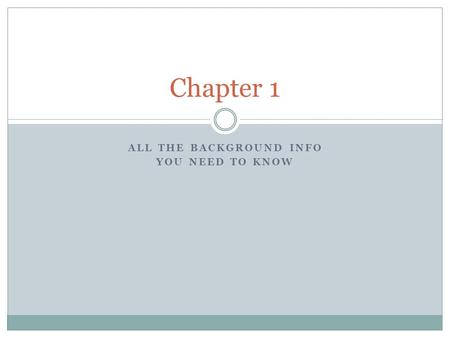 ALL THE BACKGROUND INFO YOU NEED TO KNOW Chapter 1. 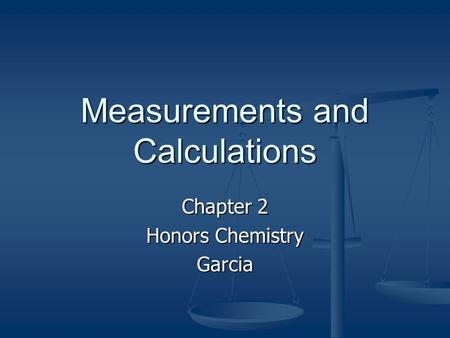