5 Air masses that originate over the ocean are called maritime.

6 Air masses that originate over land are called continental.

7 Continental Polar air masses are dry and cold.
Fros lab Why analyze Fronts? -         Remember that in order to get clouds and precipitation, one of the major things we need is a lifting mechanism -         Fronts do just this�and they do it very well -         Therefore, they are a focus for significant weather and they help us identify weather systems What are Fronts? -         Fronts are boundaries between two (or more) air masses -         They form as a result of a density gradient o      Remember that warm air and moist air are less dense than cold air and dry air -         Therefore, as these two air masses meet, their different densities cause the warm moist air to rise over the cold dry air, which is a lifting mechanism and focus for significant weather. Types of fronts: -         Cold Front (general case) o      Cold, dense continental polar (cP) air from the north meets warm moist maritime tropical (mT) air from the SE o      Usually a hot spot for severe weather because the mT air is generally unstable and moist and the front acts as the lifting mechanism to complete the ingredients needed for thunderstorm development o      Symbol: Blue triangles pointing in the direction the front is moving o       See diagram below for typical cloud types -         Warm front (general case) o      Warm moist air (mT) from the south pushes north and raises over a cool and moist air mass (mP) that sitting to the north and east of the warm front. This type of atmosphere is generally stable because the region of lift corresponds to a region that has cool temps at the surface and warmer temps aloft (a stable, inversion-like, sounding) o      The cloudy region is usually much broader due to the much more gentle lifting. o       Symbol: red half circles pointing in the direction the front is moving -           ������������������� Continental Polar air masses are dry and cold. They move toward the south. Tight temp gradient with cold temps behind moving SE. Take note of the wind direction from the station obs as well as the temps Cool moist air with E and NE direction collides with S and SE winds along the warms front (which is marked on the leading edge of the warm air L Warm air pushing up from the S and SE bringing with it a lot of moisture

8 Maritime polar air masses are humid
and cold. In the Atlantic they move across the Northeastern states. In the summer it brings rain and cooler weather. In the winter it brings snow.

12 When it is farther north, say in Canada, the weather to its south tends to be mild or at least less cold. When the stream, which meanders, swings south until well within the U.S., especially in winter,very cold, often harsh weather prevails This diagram shows two typical positions at the height of Summer and of Winter.

13 Prevailing winds generally blow from one region having high pressure to another which has low pressure.

14 Lake effect snow is caused when very cold air flows over
the relatively warmer water of a large lake.

15 Tight temp gradient with cold temps behind moving SE. Take note of the wind direction from the station obs as well as the temps Cool moist air with E and NE direction collides with S and SE winds along the warms front (which is marked on the leading edge of the warm air L Warm air pushing up from the S and SE bringing with it a lot of moisture

16 The southern and eastern shores of the Great Lakes of North America are notorious for the heavy snowfall they receive each winter especially from late November to early January. 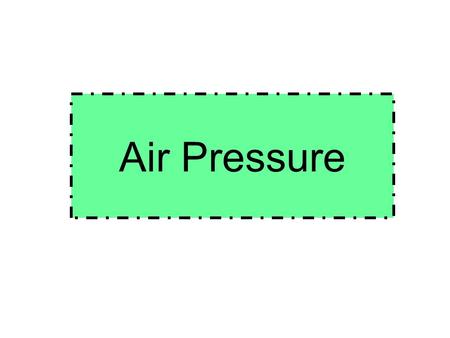 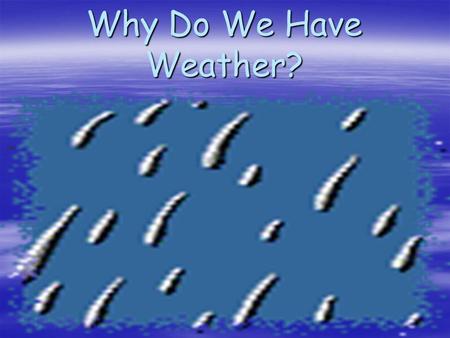 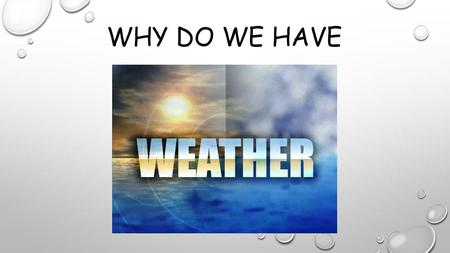 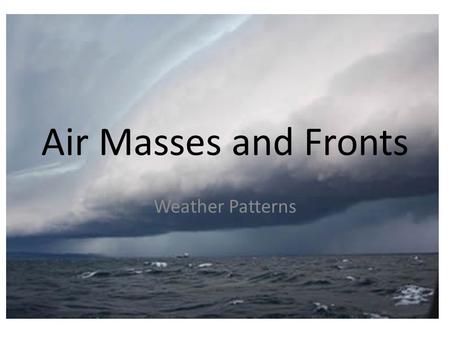 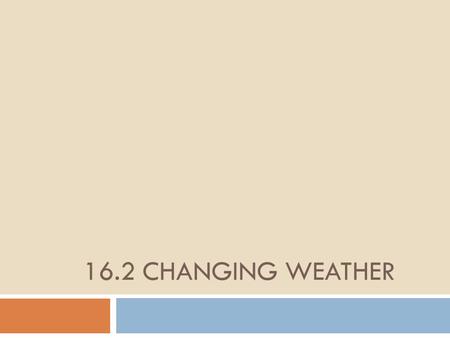 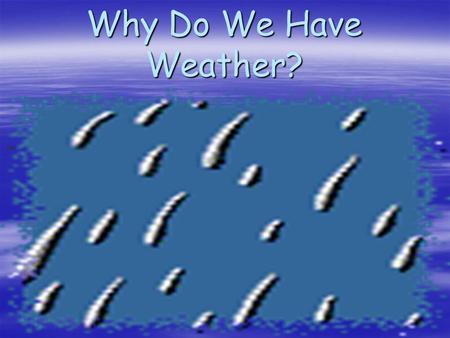 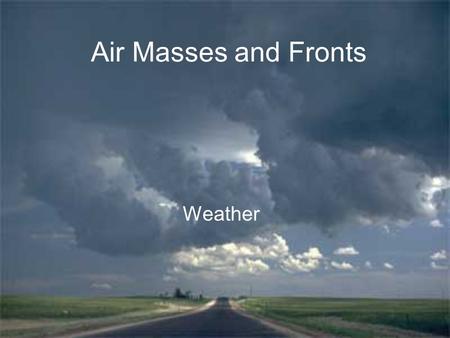 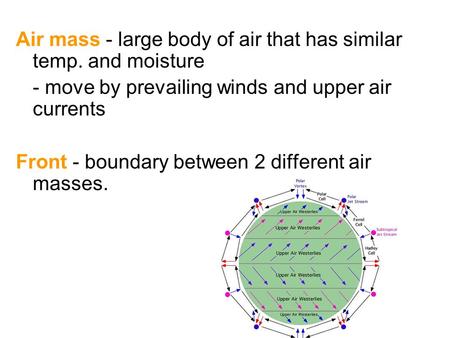 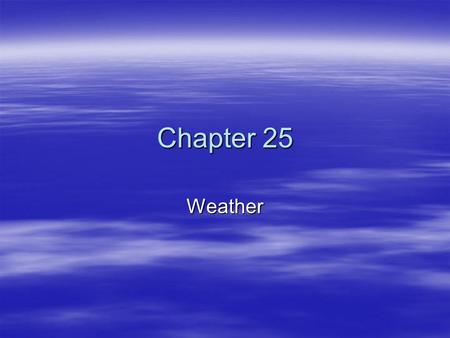 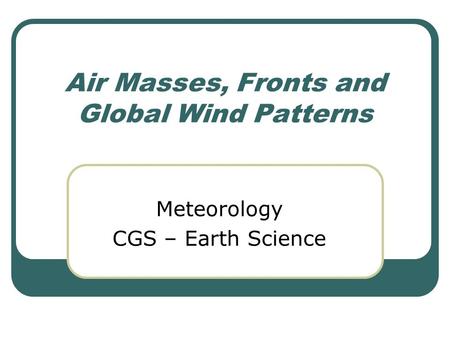 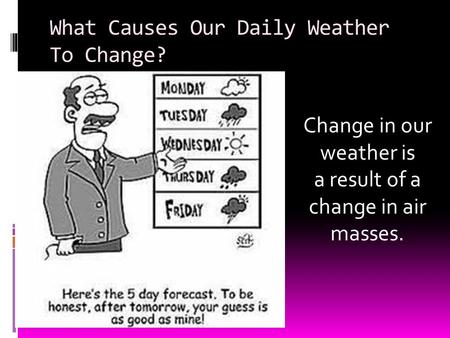 What Causes Our Daily Weather To Change? Change in our weather is a result of a change in air masses.