8 Patient location 13 patients
9 referred to NUTH with ? MSCC from another hospital GP referral was direct to N/Surgeons. The 2 NCCC patients: 1 patient had contacted their Oncology consultant directly and was seen in clinic with back pain that day and the other was an emergency admission for other symptoms and subsequently developed leg weakness/ investigated for MSCC.

10 Did the patient exhibit signs and/or symptoms suggestive of spinal metastases?
Number of patients Percentage Pain in thoracic or cervical spine 7 54% Progressive lumbar spinal pain 3 23% Severe unremitting lower spinal pain 1 8% Spinal pain aggravated by straining 0% Localised spinal tenderness 4 31% Nocturnal pain preventing sleep Neurological symptoms 13 92% Neurological signs 9 69% These are standards taken directly from NICE guidance, and the symptoms we need to be asking about. Neurological symptoms including radicular pain, any limb weakness, difficulty in walking, sensory loss or bladder or bowel dysfunction. If experiencing pain suggestive of MSCC should discuss with coordinator within 24hrs; if there are focal neurological signs/symptoms should discuss immediately.

11 MSCC Coordinator Neurosurgery = 5 patients Oncology = 8 patients
none had the old NCCC pathway document one NCCC ward no longer has copies (!) Difficult to know when the coordinator was contacted, especially for patients being transferred from a peripheral hospital ranges from same day to 5 days telephone/ / MDT MSCC Coordinator being the specialty patient initally discussed with, not necessarily the department they were admitted to first. N/S may have reviewed MRI images and suggested referral straight to Oncology, vice versaContact the MSCC coordinator urgently (within 24 hours) to discuss the care of patients with cancer and any of the following symptoms suggestive of spinal metastases: − pain in the middle (thoracic) or upper (cervical) spine − progressive lower (lumbar) spinal pain − severe unremitting lower spinal pain − spinal pain aggravated by straining (for example, at stool, or when coughing or sneezing) − localised spinal tenderness − nocturnal spinal pain preventing sleep. • Contact the MSCC coordinator immediately to discuss the care of patients with cancer and symptoms suggestive of spinal metastases who have any of the following neurological symptoms or signs suggestive of MSCC, and view them as an oncological emergency

12 MRI scanning Whole spine imaging is the gold standard
Should be done to allow definitive treatment planning within 1 week of suspected MSCC for spinal pain or 24hours for neurological signs/symptoms suggestive of MSCC 92 % (12 patients) had whole spines done remaining patient underwent CT Gold standard inx for MSCC. The other 1 had had CT because they were already unwell and were going to be for limited radiotherapy. Perform MRI of the whole spine in patients with suspected MSCC, unless there is a specific contraindication. This should be done in time to allow definitive treatment to be planned within 1 week of the suspected diagnosis in the case of spinal pain suggestive of spinal metastases, and within 24 hours in the case of spinal pain suggestive of spinal metastases and neurological symptoms or signs suggestive of MSCC, and occasionally sooner if there is a pressing clinical need for emergency surgery.

14 Once MSCC confirmed… All patients documented as receiving steroids but varying doses VTE assessments documented in 53% (7 patients) No documentation about being nursed flat/ stability of spine Mobility on discharge not documented Discussions between Neurosurgery and Oncology commented on in 46% (6 patients) Everyone one on some, varied from dose not being documented, 4mg bd, 8mg bd. Need to mention erecord …people not documenting in notes because documented on erecord. 8 of 13 patients apparently mobile on admission but mobility at dischaarge not documented. Discussions between N/S and Onc can include documentation of the fact that discssusion with N/S not approriate ie multi-level disease, comorbidity, fitness for surgery etc.

15 Definitive Treatment One surgical candidate (subsequent radiotherapy)
everyone else treated with radiotherapy ? why delay from diagnosis to DXT treatment times 2 sets of notes not been able to audit=had surgery; radiotherapy should be offered urgently within 24hrs unless patient already has tetraplegia/paaraplegia and pain well controlled >48hrs

17 Limitations Retrospective for March
Unable to include 3 sets of patients 2 of these were surgical candidates Number of patients that had surgery suspiciously low ? not capturing all patients Referring hospital notes not always available 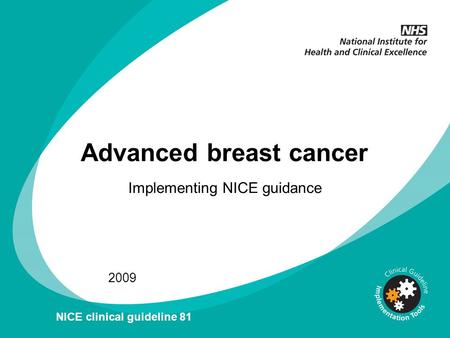 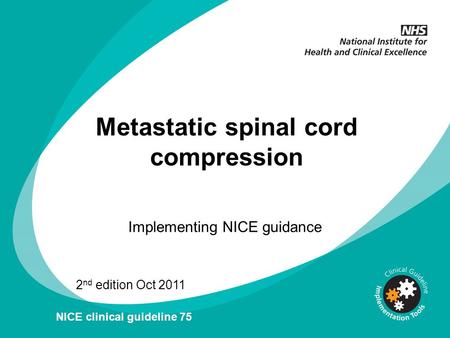 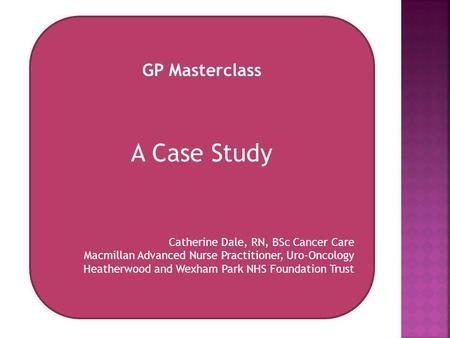 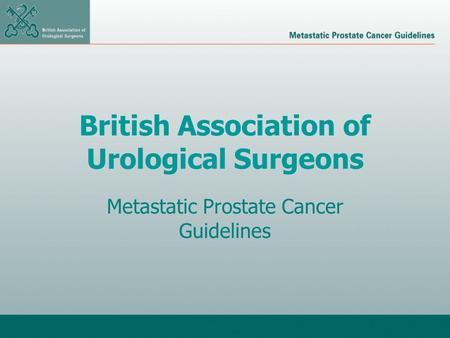 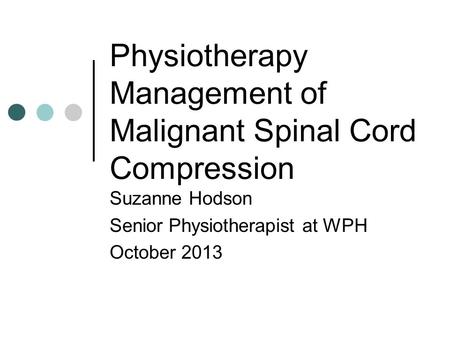 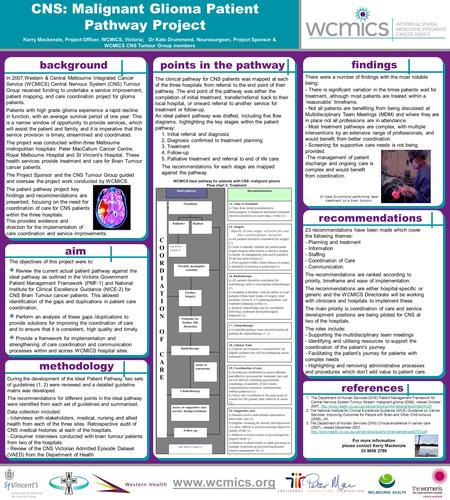 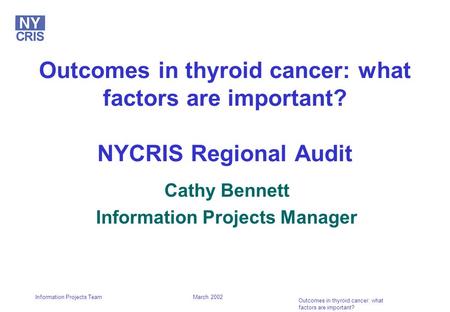 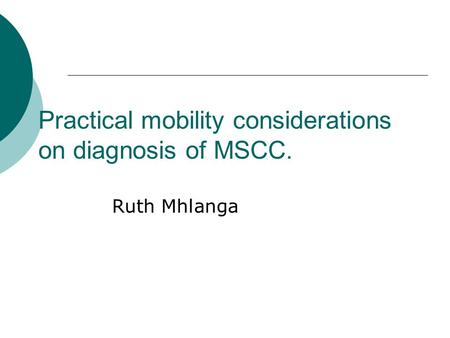 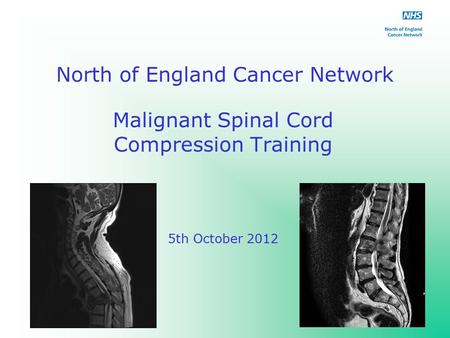 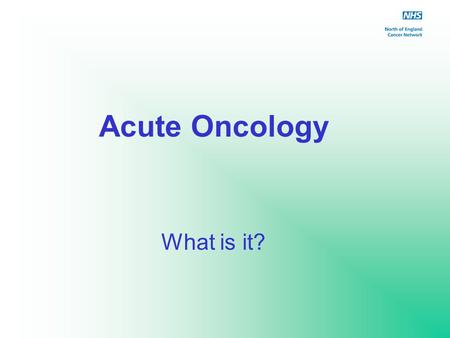 Acute Oncology What is it?. Overview of Acute Oncology Encompasses management of patients with severe complications following the treatment of, or as. 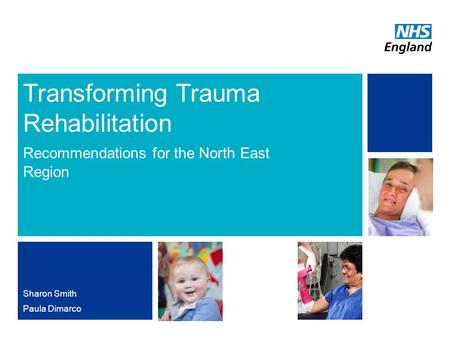 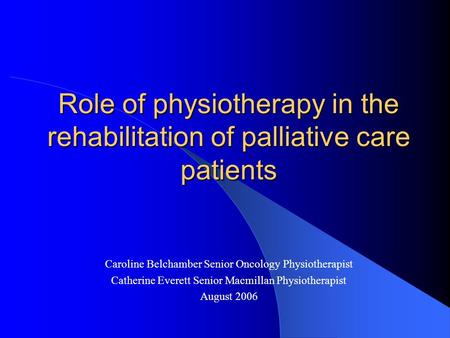 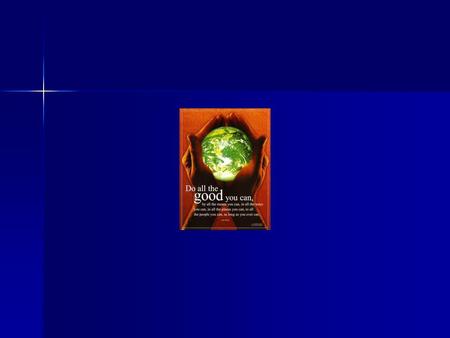 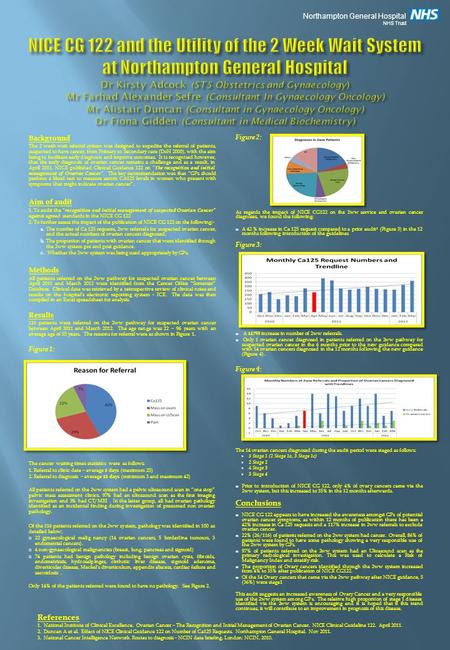 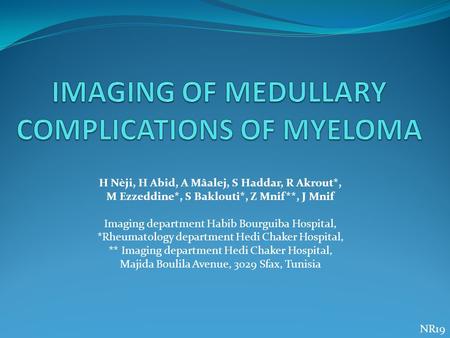 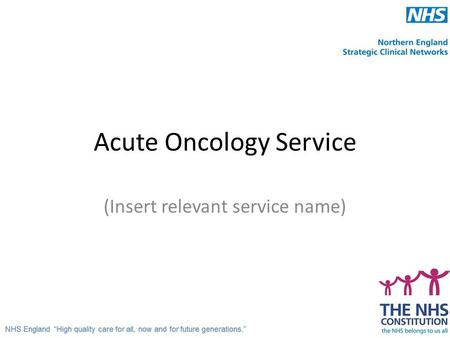 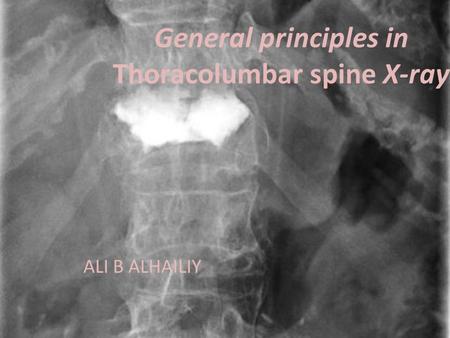 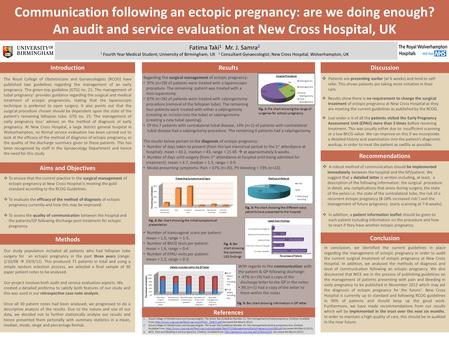 1.Royal College of Obstetricians and Gynaecologists. The Green Top Guidelines Number 21: The management of tubal pregnancy. (Online). Available from: 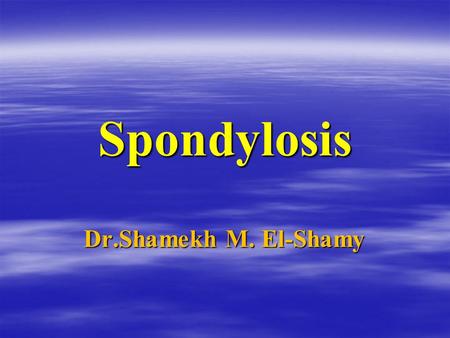