3 What term means seeking to influence legislators to introduce or vote for or against a bill? A. Participating B. Joining C. Lobbying D. Expressing

5 The requirements for a majority vote to win in the electoral college favors a -- ? A. Two-party system B. Multi-party system C. One-party system D. The most experienced candidate

9 Individuals can express opinions in influencing public policy by doing all of the following EXCEPT: A. Lobbying B. Demonstrating C. Sharing control D. Writing letters

11 Which of the following is NOT a function of political parties? A. Monitors the actions of officeholders B. Educating the electorate about campaign issues C. Paying people to vote for a particular candidate D. Help candidates win elections

12 C. Paying people to vote for a particular candidate

13 What type of system characterizes the American political process? A. One-party system B. Two-party system C. Multi-party system D. The most experienced candidate

15 What is required before a citizen may vote? A. Voter registration B. 15 years of age by day of general election C. Lobbying D. Expressing an interest

17 All of the following are qualifications to register and vote in Virginia EXCEPT: A. Citizen of the United States B. Resident of Virginia and precinct C. Hold a job in Virginia D. 18 years of age by day of general election

21 What is a basic responsibility of citizenship? A. Voting B. Obeying the law C. Lobbying D. Expressing

23 Why have campaign finance laws been reformed? A. Charities donate to their favorite candidates B. Rising costs limit who can afford to run for office C. Individuals refused to donate money D. Candidates could not afford the application fee

24 B. Rising costs limit who can afford to run for office

29 In the electoral college process, the slate of electors for each state is chosen by what? A. Poplar vote B. Number of cities in the state C. State’s Congressional representation D. Is the same for every state

31 Which is NOT a similarity between political parties? A. Both organize to win elections B. Both influence public policies C. Both develop the same platforms D. Both define themselves in a way that wins majority support by appealing to center

33 Which of the following is true of third parties? A. They introduce new ideas or press for a particular issue B. They appeal to all voters C. They never have extremist ideas D. They win a majority of elections, because they involve a political personality

34 A. They introduce new ideas and press for a particular issue

35 Which of the following is NOT a strategy informed citizens use to make choices in elections? A. Identifying propaganda B. Evaluating sources C. Confusing fact with opinion D. Detecting bias

39 All of the following are ways the media plays an important role in setting the public agenda EXCEPT: A. Focusing public attention on selected issues B. Offering a forum in which opposing viewpoints are communicated C. Holding government officials accountable to the public D. Gathering petitions

44 A. Has central ownership of property and resources

45 In a mixed economy the government -- A. Makes decisions for the public sector B. Adjusts supply and demand C. Limits individual choice D. Centrally plans the economy

49 The following are characteristics of the United States economy EXCEPT: A. Free market B. Private party C. profit D. Central ownership

51 What economic system is based on private ownership of property, profit and individual choice? A. traditional B. free market C. command D. subsistence

53 What is given up when a choice is made---the highest valued alternative forgone? A. Opportunity cost B. Price C. Competition D. Demand

55 What are things that incite or motivate and are used to change economic behavior? A. competition B. incentives C. markets D. costs

57 What is the combining of human, natural, capital and entrepreneurship resources to make goods or provide services? A. consumption B. production C. regulation D. promotion

59 All of the following are resources EXCEPT: A. natural B. entrepreneurship C. capital D. Supply and demand

61 What is the using of goods and services? A. Consumption B. Production C. Regulation D. Promotion

63 What consists of earnings after all expenses have been paid? A. profit B. Competition C. price D. Consumer soverignty

65 Consumers determine through purchases what goods and services will be produced. This is – A. Consumer sovereignty B. Supply and demand C. Economic flow D. Financial capital

67 What is rivalry between producers and sellers of a good or service resulting in better quality of goods and services at a lower price? A. partnership B. corporation C. competition D. lobbying

69 What is the amount of a good or service that consumers are willing and able to buy at a certain price? A. demand B. supply C. price D. profit

71 What is the amount of a good or service that consumers are willing and able to sell at a certain price? A. demand B. supply C. price D. profit

74 B. Because they are limited

75 Available resources and consumer preferences determine what is A. consumed B. produced C. promoted D. regulated

77 Consumer preferences and price determine what is A. consumed B. produced C. purchased D. regulated

80 A. Paying interest on deposits

83 What is a form of business organization with one owner who takes all the risks and all the profits? A. partnership B. proprietorship C. entrepreneur D. corporation

85 What is a form of business organization with two or more owners who share the risks and the profits? A. partnership B. proprietorship C. entrepreneur D. corporation

87 What is a form of business organization that is authorized by law to act as a legal person regardless of the number of owners and where owners share profits? A. partnership B. proprietorship C. entrepreneur D. corporation

89 Who can take risk to produce goods and services in search of profit and may establish any one of the three types of business structures? A. partnership B. proprietorship C. entrepreneur D. corporation

91 Who buys resources, makes products that are sold to individuals, other businesses and the government, and used the profits to buy more resources? A. Businesses (producers) B. services C. goods D. Individuals (households)

93 Who owns the resources used in production, sells the resources and uses the income to purchase products? A. Businesses (producers) B. services C. goods D. Individuals (households)

97 The government regulates business by using agencies to oversee business practices. All of the following are agencies EXCEPT: A. FCC B. EPA C. FTC D. CIA

99 What does EPA stand for?

105 Interstate highways, postal service and national defense are all examples of A. Supply and demand B. Public goods and services C. Economic activity D. businesses

106 B. Public goods and services

107 Banks, savings and loans, credit unions and securities brokerages are all examples of a A. Private financial institute B. government C. Consumer sovereignty D. Public good and service

111 What determines price? A. Interaction of supply and demand B. Who acquires goods and services C. The value of what is given up D. Resources available

112 A. Interaction of supply and demand

113 What does price determine? A. Interaction of supply and demand B. Who acquires goods and services C. The value of what is given up D. Resources available

114 B. Who acquires goods and services

115 Which is NOT a type of business ownership? A. partnership B. corporation C. proprietorship D. entrepreneurs

117 Who plays an important role in all three business organizations? A. partnership B. corporation C. proprietorship D. entrepreneurs

119 What is selecting an item or action from a set of possible alternatives? A. choice B. incentive C. price D. demand

121 What is the amount of money exchanged for a good or service? A. choice B. incentive C. price D. demand

123 Name the economy where markets are allowed to operate without undue interference from the government. A. enterprise B. Free market C. Mixed economy D. Command economy 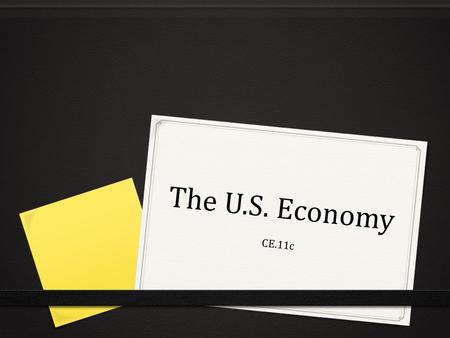 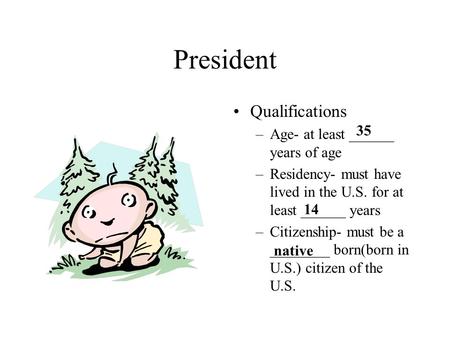 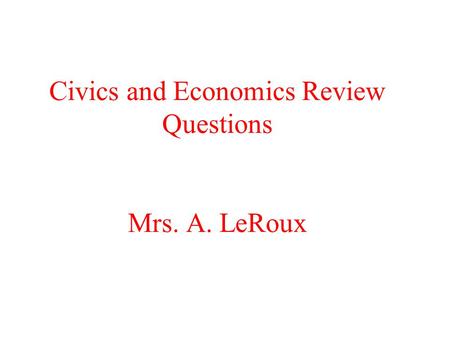 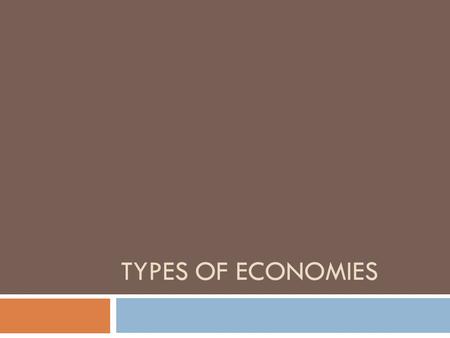 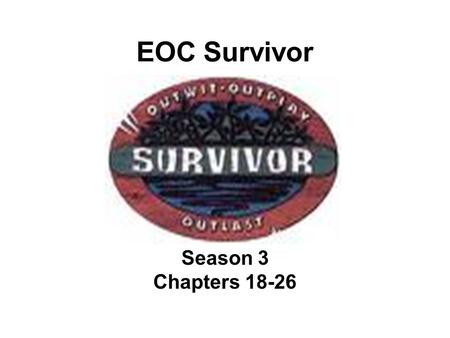 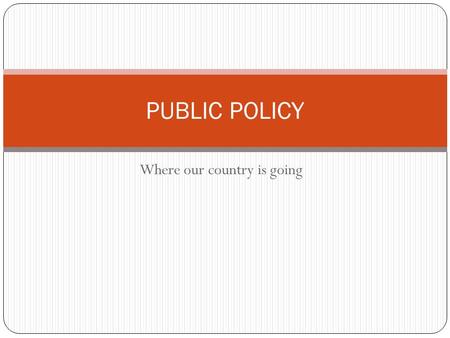 Where our country is going PUBLIC POLICY. Public policy What is public policy? The things our country focuses on. These decisions are made by the government. 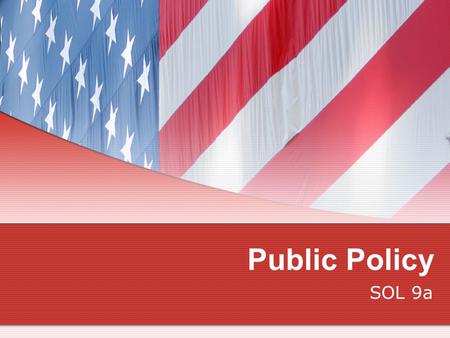 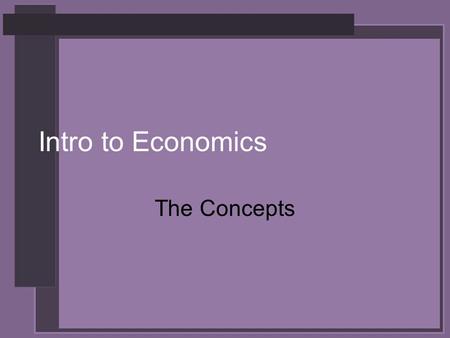 Intro to Economics The Concepts. Economics The study of how we make decisions in a world where resources are limited (the science of decision making) 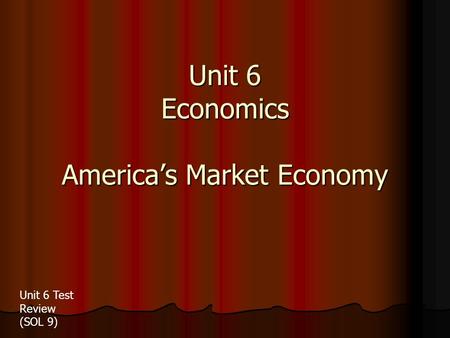 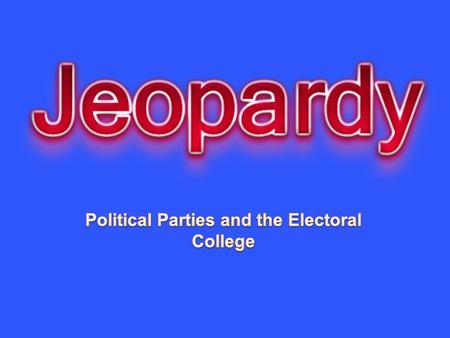 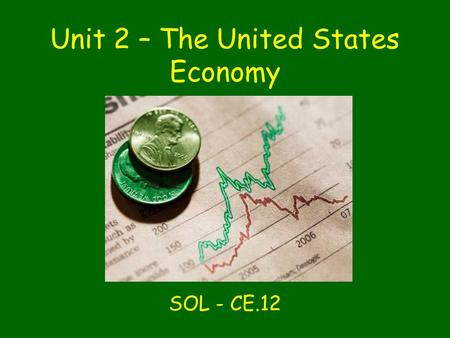 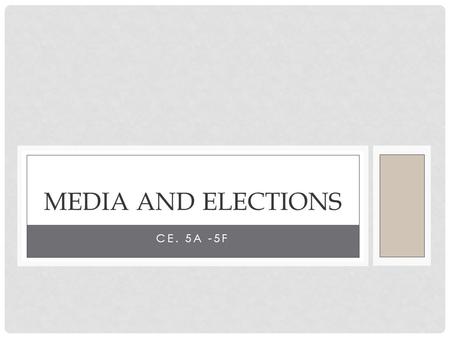