2 GPS S8P4 You will explore the wave nature of sound and electromagnetic radiation. a. Identify the characteristics of electromagnetic and mechanical waves. f. Diagram the parts of the wave and explain how the parts are affected by changes in amplitude and pitch.

3 EQ Unit: How do waves of energy produce light and sound? Lesson: How does changing one part of a wave affect the total wave in terms of frequency and amplitude?

5 What are Waves? A repeating disturbance or movement that transfers energy through matter or space.(place to place) Energy is the ability to do work.

6 Ocean waves carry energy along the surface of the water. Where does the energy come from? Wind moving over the water.

7 During earthquakes, energy is transferred in powerful waves that travel through earth. Light is a type of wave that can travel through empty space to transfer energy from one place to another, such as from the sun to earth.

8 What Carries Waves? Any substance through which waves can travel is a medium. Examples: solids (rope), gases (air), liquids(water)

9 Waves that require a medium through which to travel are called Mechanical waves Even though waves travel through a medium, they do not carry the medium with them.

10 Example: Think of a cork floating on water. What happens as a wave moves past the cork? The cork moves up and down, It does not move in the same direction as the wave. The wave moves through the water.

12 What Causes Waves? Waves occur when a source of energy causes a medium to vibrate. Vibration is a repeated back-and- forth or up-and-down motion. Motion=wave

15 In a transverse wave, the medium vibrates in a direction at right angles to the direction the wave travels.

17 Longitudinal Waves In a longitudinal wave, the medium vibrates parallel to the direction the wave travels.

20 An example of a surface wave is a type of seismic wave formed as a result of an earthquake.

21 Slinky Lab With a partner, make two different kinds of waves. Create a T chart and list how they are similar and different What are the characteristics of the waves?

Download ppt "TOPICS IN GENETICS WEBSITES. GPS S8P4 You will explore the wave nature of sound and electromagnetic radiation. a. Identify the characteristics of electromagnetic." 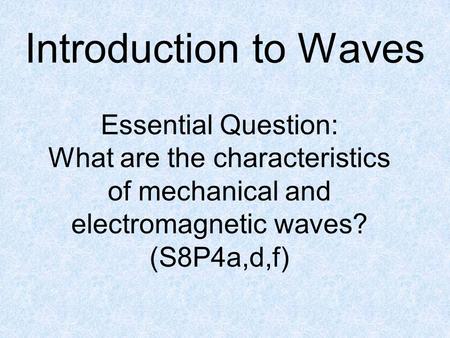 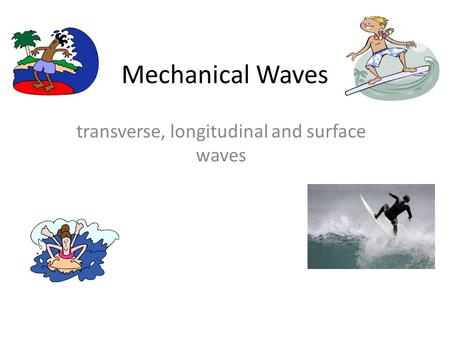 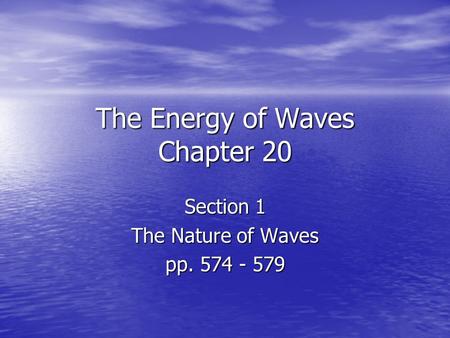 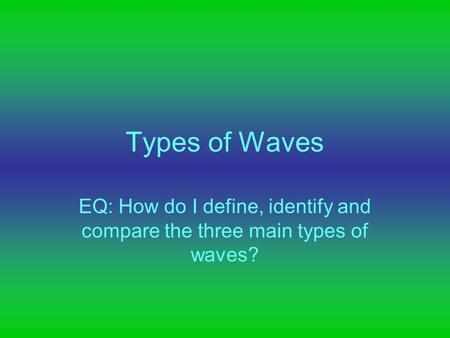 Types of Waves EQ: How do I define, identify and compare the three main types of waves? 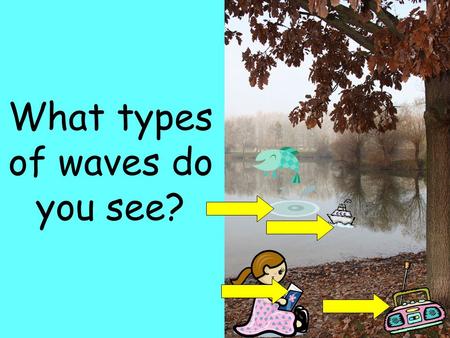 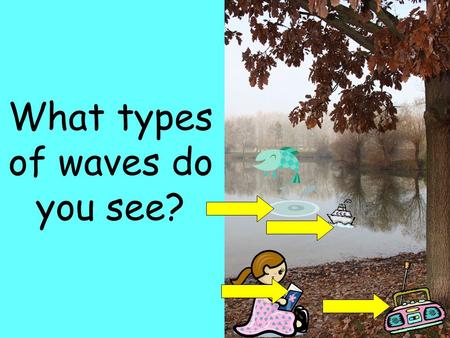 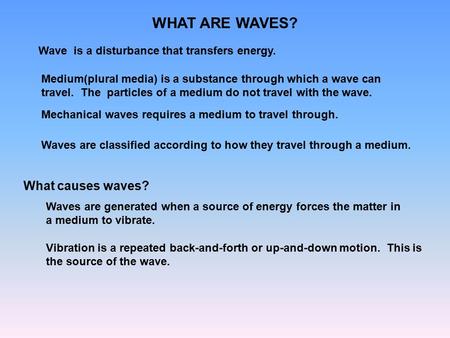 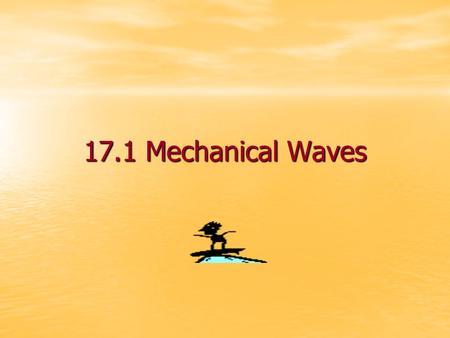 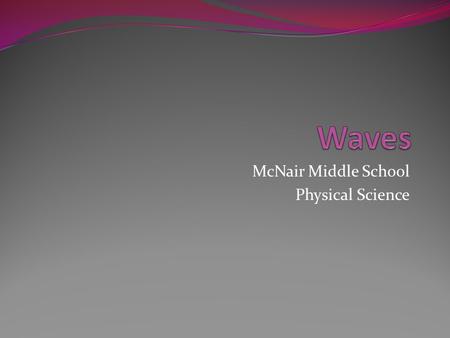 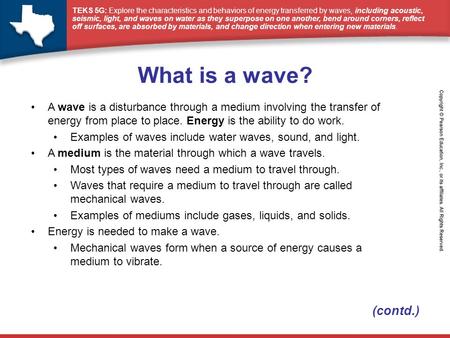 TEKS 5G: Explore the characteristics and behaviors of energy transferred by waves, including acoustic, seismic, light, and waves on water as they superpose.