2 Intersectionality: Our experiences of race, class, gender, sexuality, and nationality intersect to produce a social location that is equal to more than just the sum of its parts. Any individual within the social order experiences different forms of privilege and subordination, depending on their race, class, gender, sexuality, and nationality. Because each of these constructs is hierarchical, intersecting forms of domination produce both oppression and opportunity

3 Kimberle Williams Crenshaw used “intersectionality” as a metaphor to explain how race oppression and gender oppression interact in Black women’s lives Court case: Black women claimed discrimination yet dismissed since legal concepts of discrimination saw it in terms of “gender” only or “race” only – rendering the category Black women as invisible

4 Sojourner Truth (1797-1883): Ain't I A Woman
Sojourner Truth ( ): Ain't I A Woman? Delivered 1851 Women's Convention, Akron, Ohio That man over there says that women need to be helped into carriages, and lifted over ditches, and to have the best place everywhere. Nobody ever helps me into carriages, or over mud-puddles, or gives me any best place! And ain't I a woman? Look at me! Look at my arm! I have ploughed and planted, and gathered into barns, and no man could head me! And ain't I a woman? I could work as much and eat as much as a man - when I could get it - and bear the lash as well! And ain't I a woman? I have borne thirteen children, and seen most all sold off to slavery, and when I cried out with my mother's grief, none but Jesus heard me! And ain't I a woman? (Truth’s response to Black women’s exclusion from a Women’s convention – How was “women” defined?)

5 Historically feminism was based on middle class white women’s experience
Three Examples: Reproduction: reproductive rights to abortion and contraception fought for as “choice” yet forced sterilization of Black women, indigenous women, & women with disabilities was ignored (or supported – M. Sanger 1920’s & 30’s supported the sterilization of ‘unfit’ mothers – contraception was also promoted as a way to control the population. "...human weeds,' 'reckless breeders,' 'spawning... human beings who never should have been born."  Margaret Sanger, Pivot of Civilization, referring to immigrants and poor people

6 2. Work right to work – Women moving into the workforce in 60’s and 70’s is misleading as women of colour, immigrant women, poor women have always been in the workforce. Problem of “double shift” – gov’t policy to use migrant workers rather than address sharing domestic labour or reduced work week “Live in care provider” policy “good enough to work, but not good enough to stay”

7 3. The state Political representation – focus on women
“Getting women in government” does not address the fact that government was organized based white, western, men’s experiences. (e.g., Ignores indigenous women’s claims with the legitimacy of this government)

8 Race & feminism When race is discussed in sociology, it tends to be analyzed in terms of the problem of racism and its effects on African Americans and not in terms of how Whites are socialized to see themselves as raceless. This lack of sophistication around the social construction of race has had consequences for the nature of feminist sociology because it has led feminist scholars to assume a race-neutral "femininity" that, in a society where whiteness is the norm, be­ comes a White femininity.

9 3rd wave feminism Much of 3rd wave feminism is based on the critique (see previous slides) that differences between women exist. There an acknowledgement that not all women “suffer equally” – class, race, etc. intersect to impact women’s lives 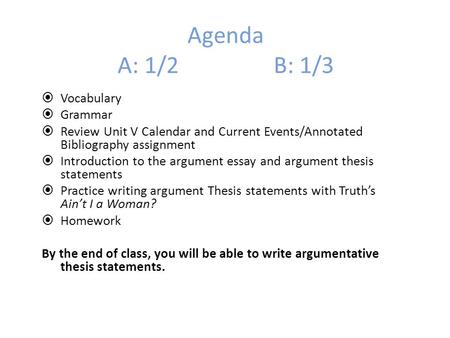 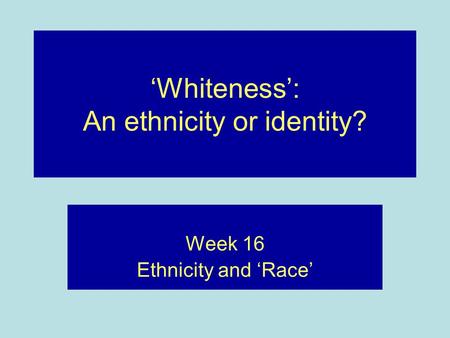 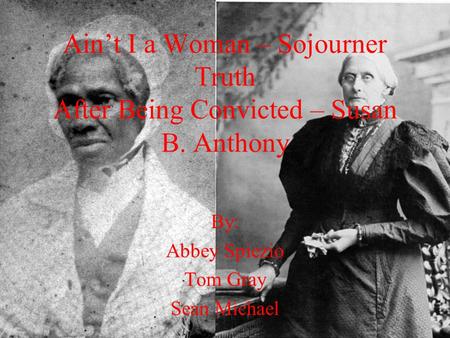 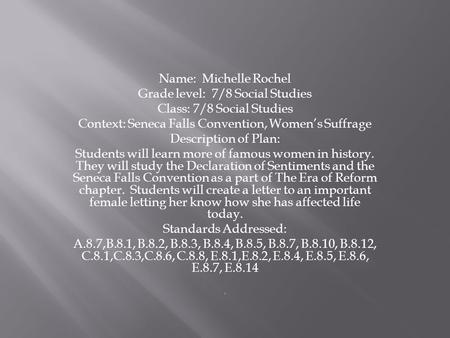 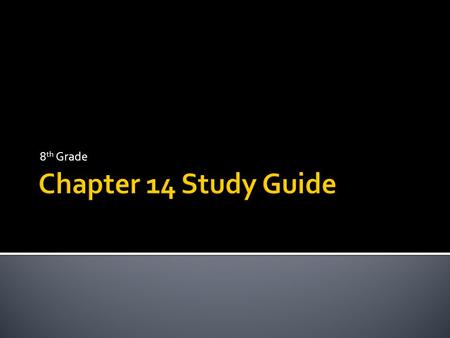 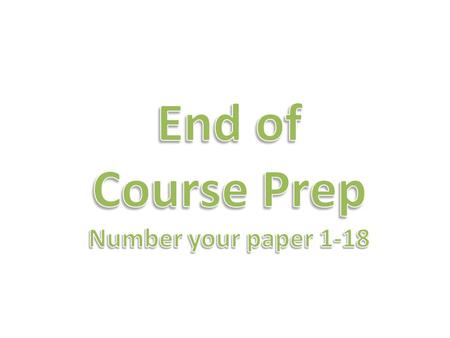 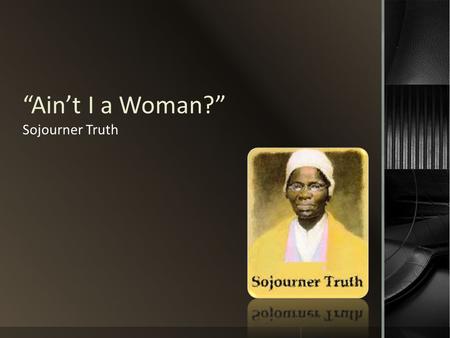 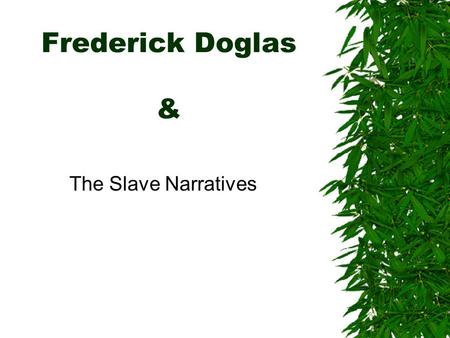 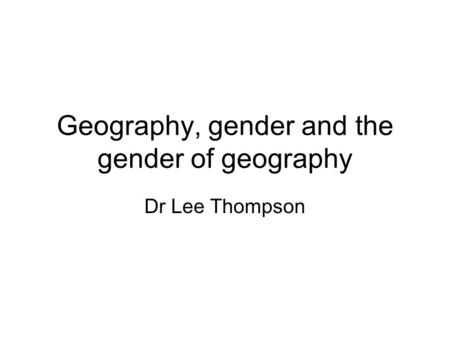 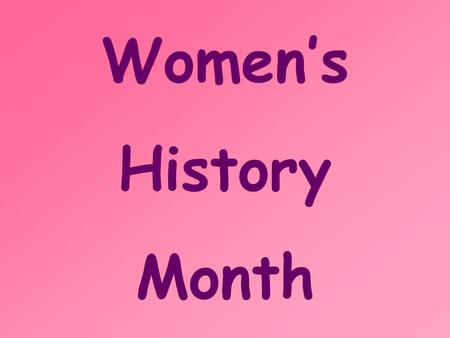 Women’s History Month Mary Kies becomes the first woman to be granted a patent. It was for weaving straw with silk. 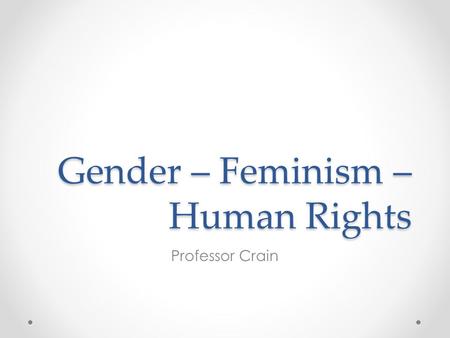 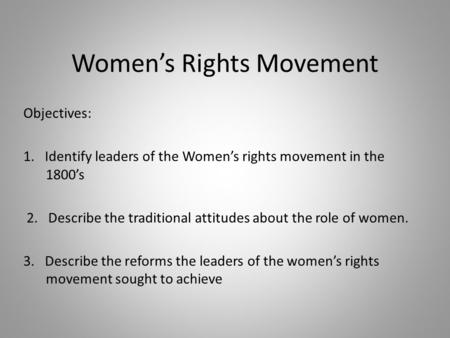 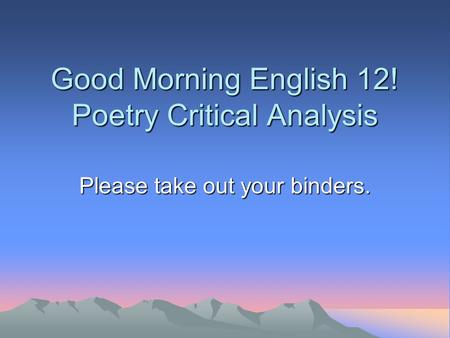