4 Cont ….. None of these areas has as much space or birth. nurturing tissue as a uterus for a pregnancy to develop. As the fetus grows, it will eventually burst the organ that contains it. This can cause severe bleeding and endanger the mother's life. A classical ectopic pregnancy does not develop into a live.

6 Signs and Symptoms Ectopic pregnancy can be difficult to diagnose because symptoms often mirror those of a normal early pregnancy. These can include missed periods, breast tenderness, nausea, vomiting, or frequent urination.

7 Cont ……… The first warning signs of an ectopic pregnancy are often pain or vaginal bleeding. they might feel pain in the pelvis, abdomen, or, in extreme cases, even in shoulder or neck (if blood from a ruptured ectopic pregnancy builds up and irritates certain nerves). Most women describe the pain as sharp and stabbing. It may concentrate on one side of the pelvis and come and go or vary in intensity.

9 What Causes an Ectopic Pregnancy? An ectopic pregnancy results from a fertilized egg's inability to work its way quickly enough down the fallopian tube into the uterus. An infection or inflammation of the tube might have partially or entirely blocked it

11 Cont …… Endometriosis (when cells from the lining of the uterus implant and grow elsewhere in the body) or scar tissue from previous abdominal or fallopian surgeries can also cause blockages.

12 Diagnosis When the pt arrive in the emergency department complaining of abdominal pain, they will likely be given a urine pregnancy test. Although these tests aren't sophisticated, they are fast — and speed can be crucial in treating ectopic pregnancy.

13 Cont …. If they already know the pt is pregnant, or if the urine test comes back positive, they will probably be given a quantitative hCG test.

14 Cont …. they probably also get an ultrasound examination, which can show whether the uterus contains a developing fetus or if masses are present elsewhere in the abdominal area. But the ultrasound might not be able to detect every ectopic pregnancy. The doctor may also give a pelvic exam to locate the areas causing pain, to check for an enlarged, pregnant uterus, or to find any masses.

15 Cont …. Even with the best equipment, it's hard to see a pregnancy less than 5 weeks after the last menstrual period. If the doctor can't diagnose ectopic pregnancy but can't rule it out, he or she may ask the pt to return every 2 or 3 days to measure your hCG levels. If these levels don't rise as quickly as they should, the doctor will continue to monitor the pt carefully until an ultrasound can show where the pregnancy is.

16 Options for Treatment Treatment of an ectopic pregnancy varies, depending on how medically stable the woman is and the size and location of the pregnancy. An early ectopic pregnancy can sometimes be treated with an injection of methotrexate, which stops the growth of the embryo

17 Cont …. If the pregnancy is further along, they will likely need surgery to remove the abnormal pregnancy. In the past, this was a major operation, requiring a large incision across the pelvic area. This might still be necessary in cases of emergency or extensive internal injury

18 Cont …… However, the pregnancy may sometimes be removed using laparoscopy, a less invasive surgical procedure. The surgeon makes small incisions in the lower abdomen and then inserts a tiny video camera and instruments through these incisions.

19 Cont …. The image from the camera is shown on a screen in the operating room, allowing the surgeon to see what's going on inside the body without making large incisions. The ectopic pregnancy is then surgically removed and any damaged organs are repaired or removed.

20 Cont ….. Whatever about treatment, the doctor will want to see the pt regularly afterward to make sure hCG levels return to zero. This may take several weeks. An elevated hCG could mean that some ectopic tissue was missed. This tissue may have to be removed using methotrexate or additional surgery

23 Who's at Risk for an Ectopic Pregnancy? While any woman can have an ectopic pregnancy, the risk is highest for women who are over 35 and have had PID. a previous ectopic pregnancy surgery on a fallopian tube infertility problems or medication to stimulate ovulation 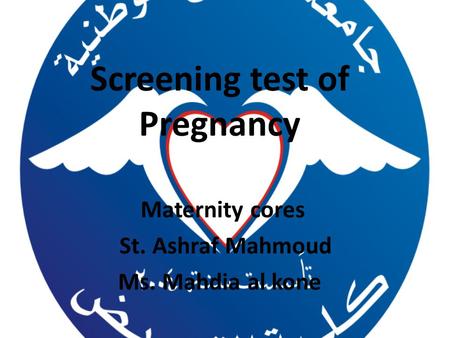 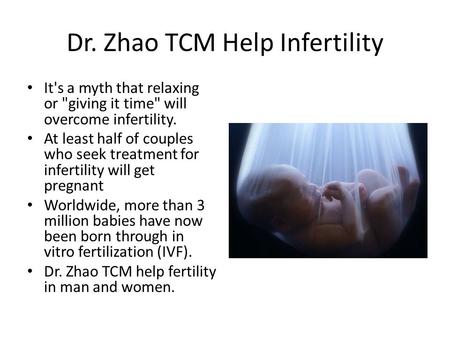 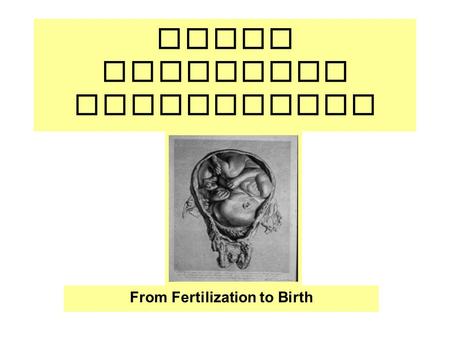 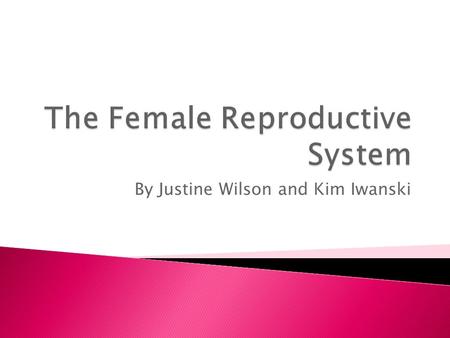 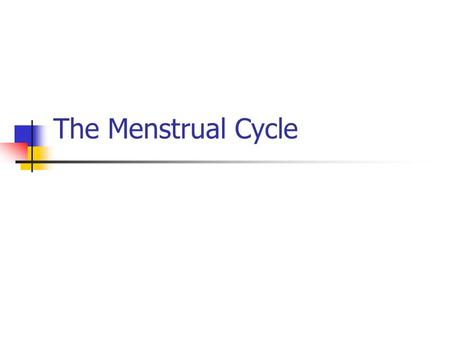 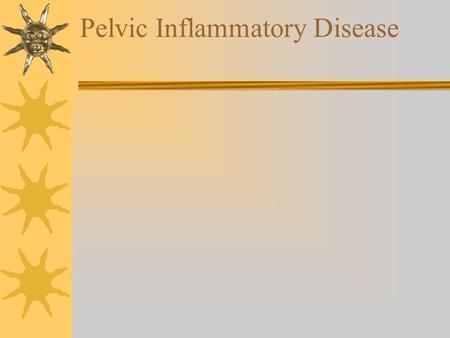 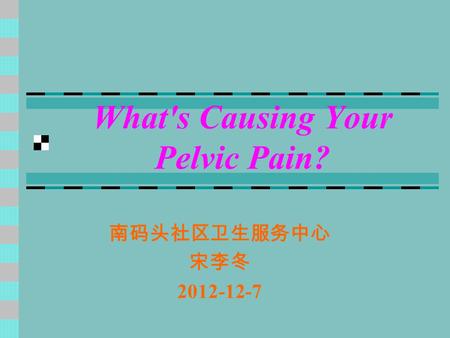 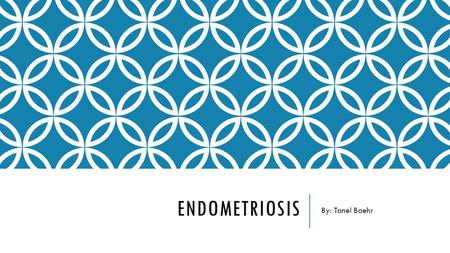 ENDOMETRIOSIS By: Tanel Baehr. WHAT IS IT? o An often painful disorder in which the tissue that normally lines the inside of the uterus (the endometrium) 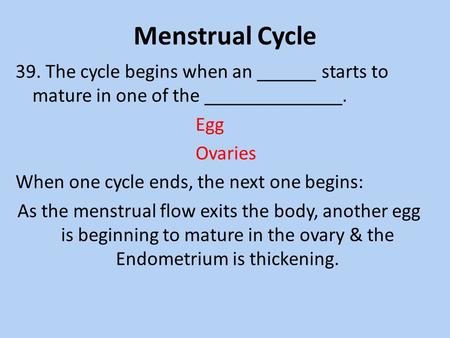 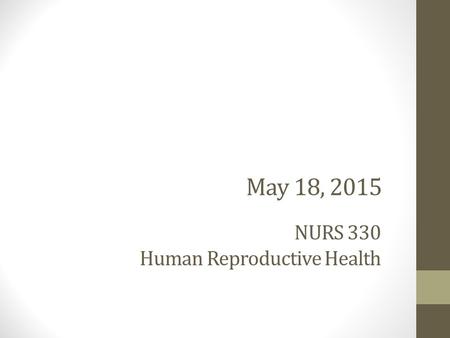 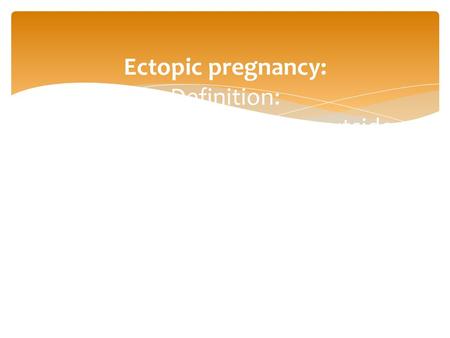 Ectopic pregnancy: Definition: Any pregnancy accruing outside the uterine cavity incidence 1/100 one cause of maternal death. 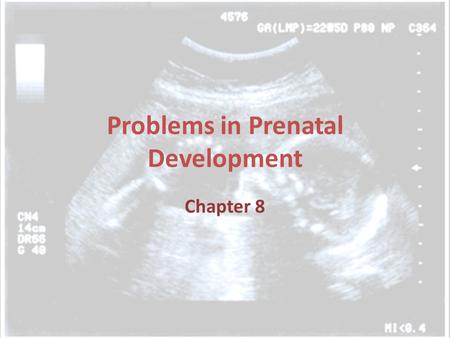 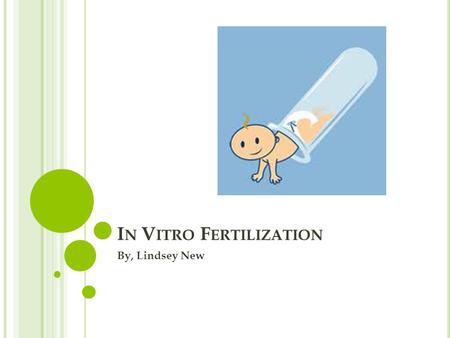 I N V ITRO F ERTILIZATION By, Lindsey New. In Vitro Fertilization or IVF is when eggs and sperm are combined outside the body in a laboratory and then. 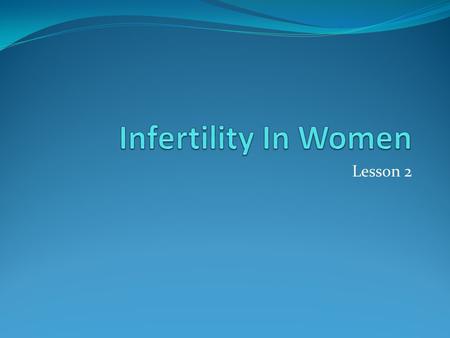 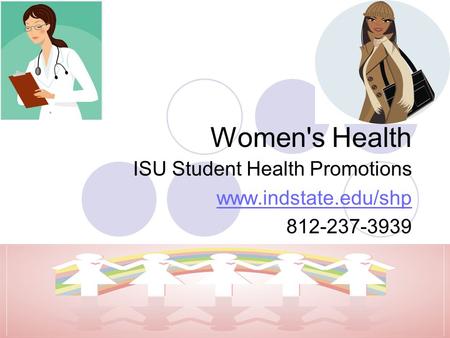 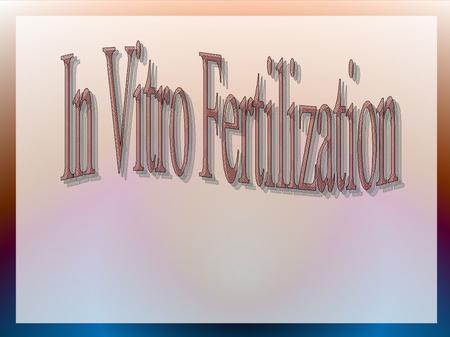 WHAT IS IVF? In vitro fertilization (IVF) is a process by which egg cells are manually fertilized by sperm outside of the womb. IVF is a major treatment. 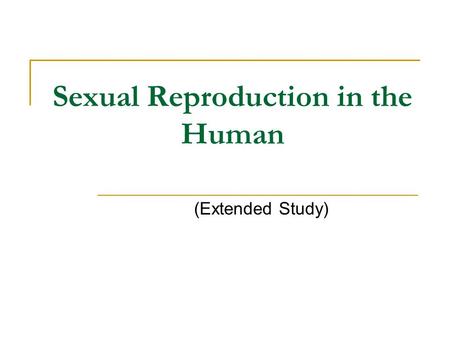 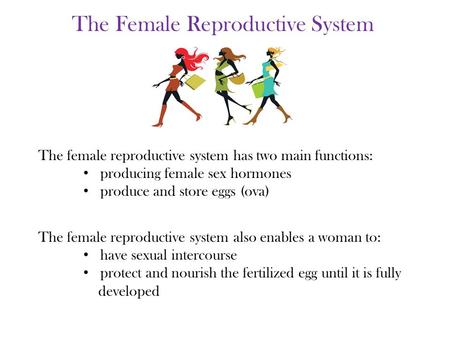 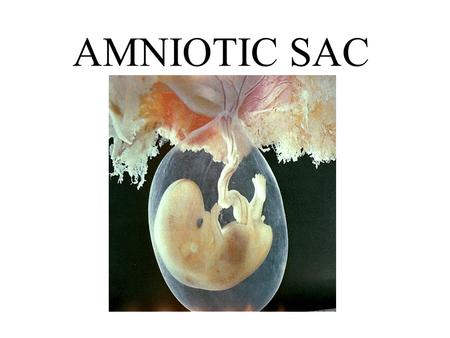 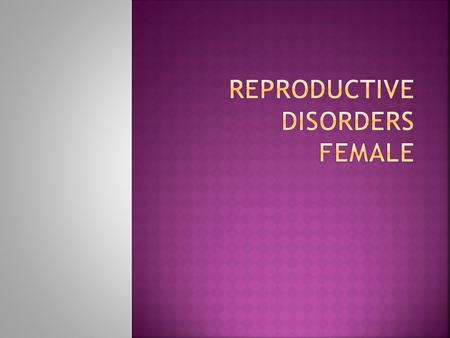