5 Uncle Tom’s Cabin-1852 Book describing the moral struggle of slave life in the South Written by Harriet Beecher Stowe ( who had never been in the South) Read by the general public who had their first glimpse of slave life, fired up the abolitionists

6 Bleeding Kansas-1855 Missouri Compromise made slavery illegal in Kansas and Nebraska Compromise of 1850-by introducing concept of popular sovereignty, Congress forced to make an agreement (Kansas-Nebraska Act) that Nebraska would be kept free, Kansas could decide for itself Both slave and free men fled to Kansas to vote; violence broke out Two rival governments set up, one slave, the other free

8 Dred Scott Decision-1857 Dred Scott-slave whose owner took him into free territory (Wisconsin and Illinois) then back to Missouri Sued for freedom because he had been in a free territory Decision: Could not sue in federal court because he was not a citizen (he was property) Being in a free state does not make a slave free because slaves are property and property is protected under the Fifth Amendment

11 Election of 1860 Four candidates; Democratic Party split over slavery
Abraham Lincoln wins with 39.9% of the votes Lincoln’s victory seen as vote against the South Seven states secede from the Union and form the Confederate States of America. The Confederacy with Jefferson Davis as president 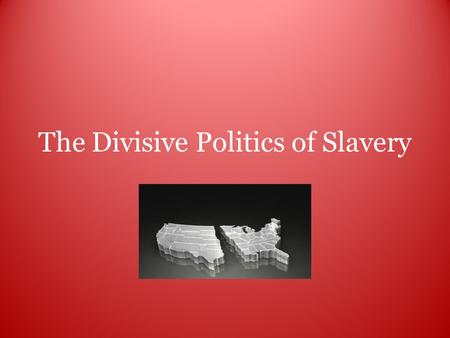 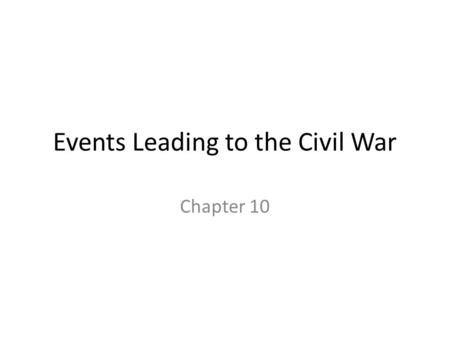 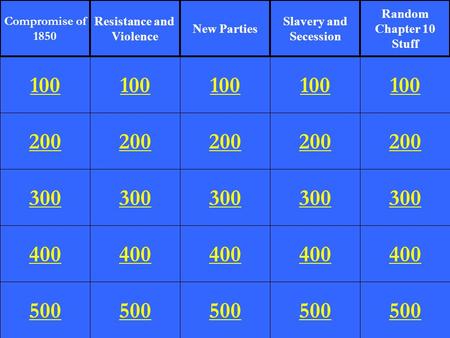 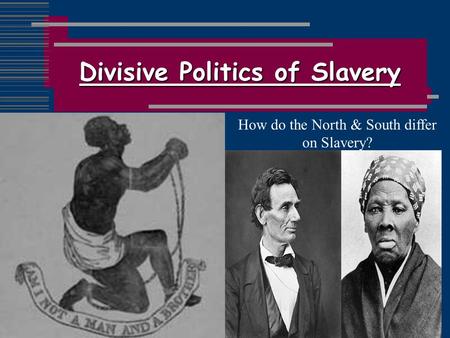 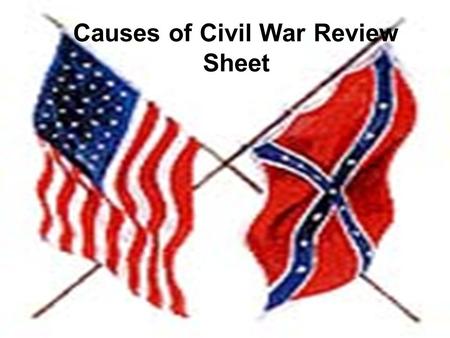 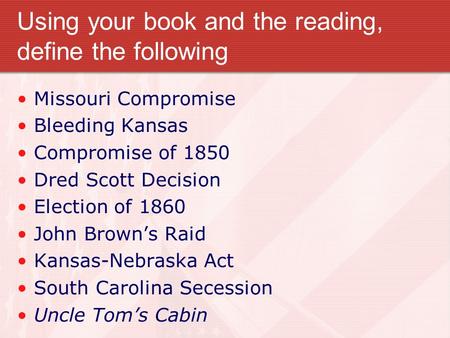