1 Unit 4: Periodic Table & Periodic Trends
EQ: How does the organization of the periodic table allow us to make predictions or determine the behavior & properties of elements?

5 J. W. Dobereiner ( ) Observed that several elements could be classified into sets of three a.k.a. Triads His Triads included…. Lithium, Sodium, and Potassium Calcium, Strontium, and Barium Chlorine, Bromine, and Iodine

8 J.A.R. Newlands ( ) Presented the idea that when the elements were arranged in order of increasing atomic mass, the properties of every eighth element was like that of the first in the set:1st-8th, 2nd-9th, and so on Called the pattern the law of octaves

12 The Periodic Law when elements are arranged in order of increasing atomic number, their physical and chemical properties show a periodic pattern

13 A. Periodic Law When elements are arranged in order of increasing atomic #, elements with similar properties appear at regular intervals.

14 Reading the Table Groups/Families are elements with similar properties and run up and down. There are 18 families. Periods run left to right on the table. There are 7 periods. Groups to remember (1)- Alkali Metals (2)- Alkaline-earth Metals (3-12)- Transition Metals; d-block Inner transition Metals (bottom); f-block (17)-Halogens (18)- Nobel Gases

15 Reading the Table (Cont.)
Metals Have luster (a shine) Good conductors (of heat & electricity) Solids usually Malleable (can be pounded into sheets) Ductile (pulled into a wire) Nonmetals No luster Poor conductors Many are Gases Big variation in physical properties Metalloids/ semi-metals --Have properties of metals and nonmetals -form the steps; except Al. 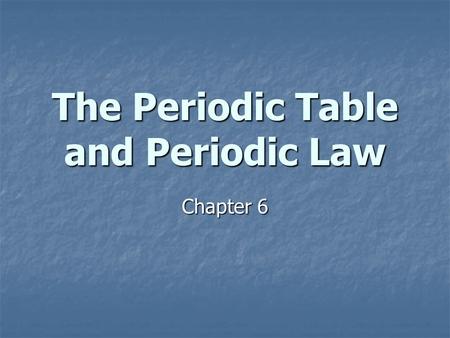 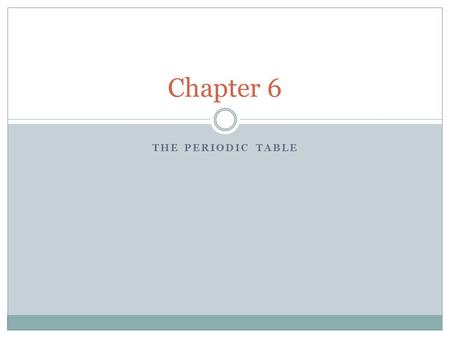 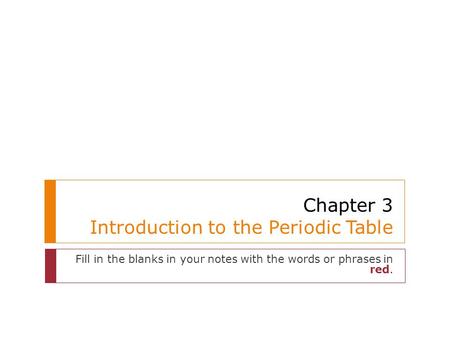 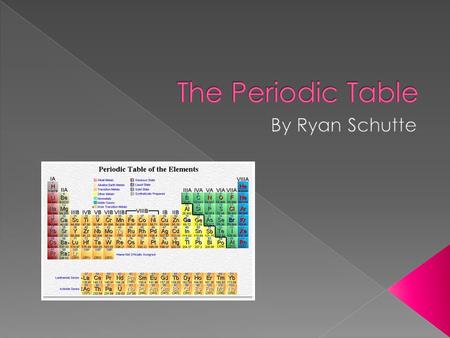 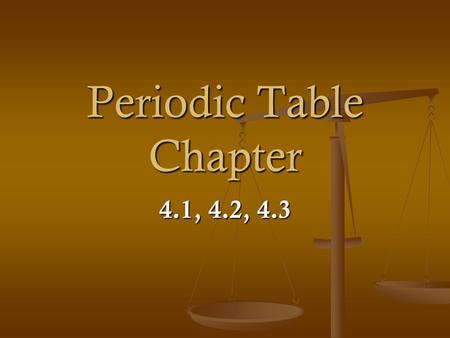 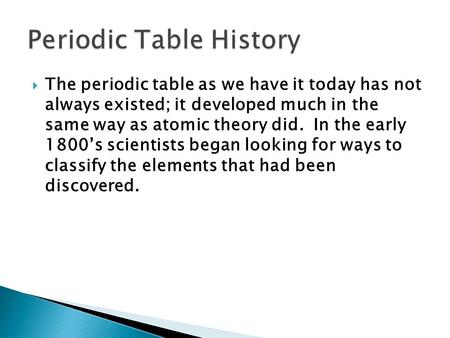 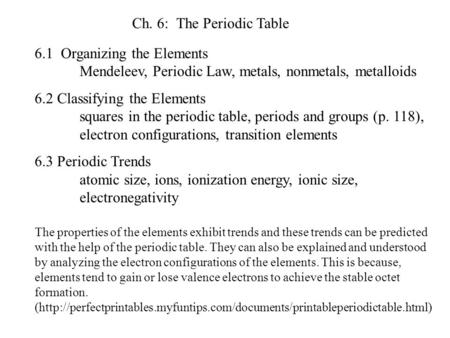 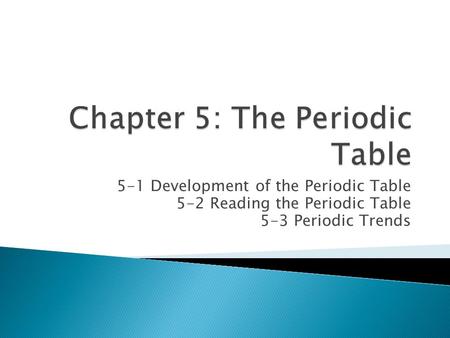 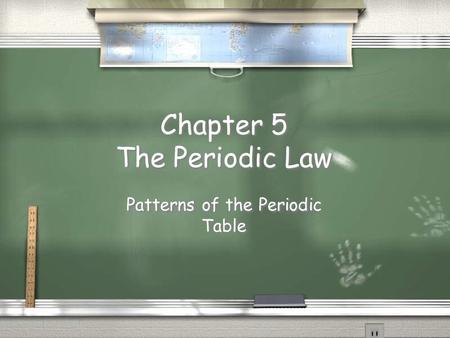 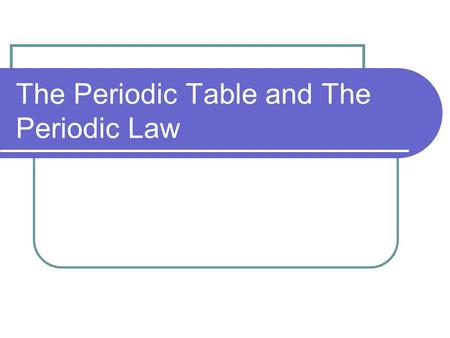 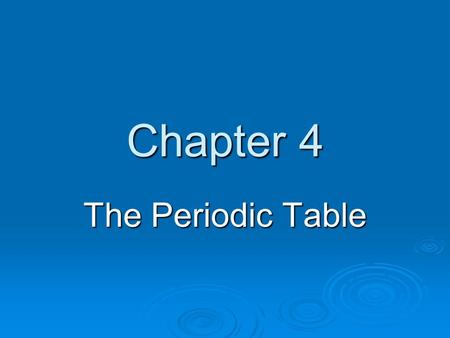 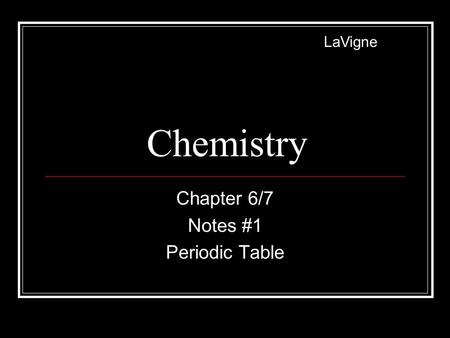 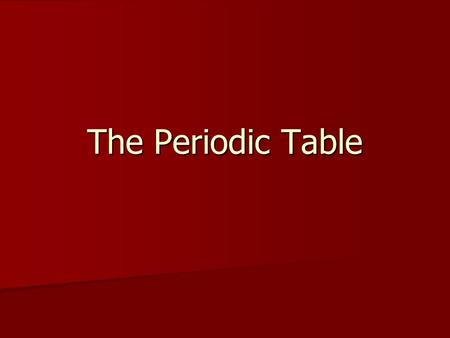 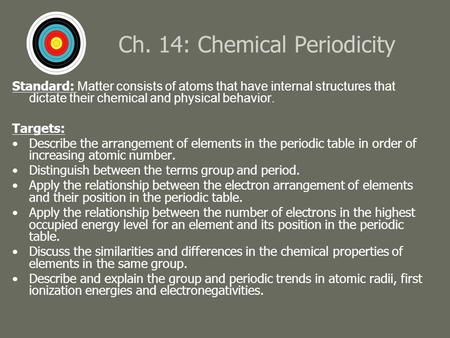 Ch. 14: Chemical Periodicity Standard: Matter consists of atoms that have internal structures that dictate their chemical and physical behavior. Targets: 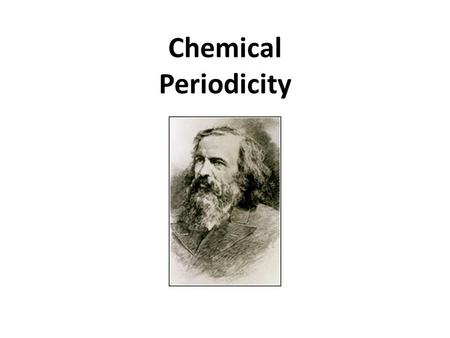 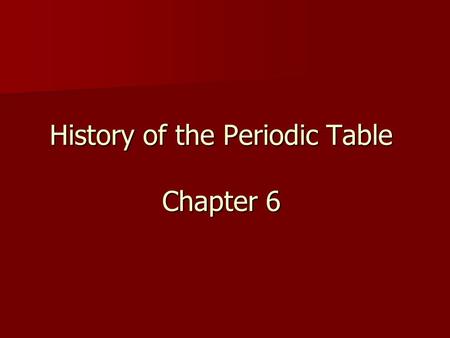 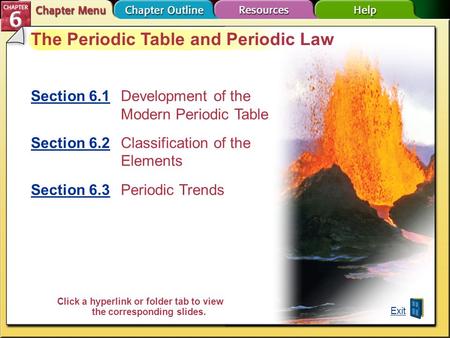