3 Created from the remains of ancient organisms over millions of years. Includes coal, oil, natural gas Supply is limited Obtaining and using them results in pollution Need to find alternatives

4  How do we determine what fuel to use? ◦ Cost ◦ Availability ◦ Safety ◦ Byproducts

5 ◦ The cost of all goods reflects in part the amount of energy required to make and transport it. ◦ In US, more energy is used per person than any other country, except Canada and UAE  27% transportation  Japan & Switz have rail systems, and they are small countries – so this cost is low  US & Canada – low gas taxes  This leads to little incentive to conserve gas  Japan & Switz: supplement with other forms of energy

9 Most of reserves are in Middle East Others in US, Venezuela, North Sea, Siberia, Nigeria Exploration wells drilled in areas believed to have oil Determines availability and volume Once oil is removed, it is transported to a refinery which converts it to fuels & other petroleum products

11  Burning petroleum releases pollutants  Contribute to formation of smog  Pollution may be reduced by technology like catalytic converters  In developing countries, these technologies are not available, or not used  Oil spills

20 1. In a nuclear reactor, fuel rods full of uranium pellets are placed in water. 2. Inside the fuel rods, uranium atoms split, releasing energy. 3. This energy heats water, creating steam. 4. The steam moves through a turbine, which turns a generator to create electricity. 5. The steam cools back into water, which can then be used over again. At some nuclear power plants, extra heat is released from a cooling tower. Finding the fuel. One square mile of earth, one foot deep, typically contains over a ton of uranium http://www.youtube.com/watch?v=VJfIbBD R3e8 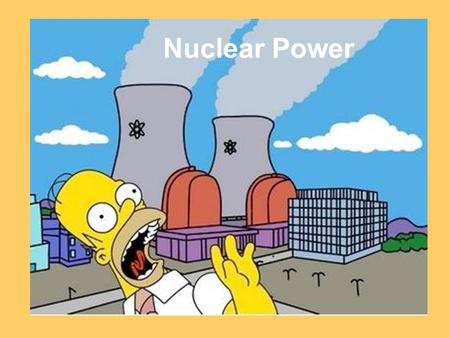 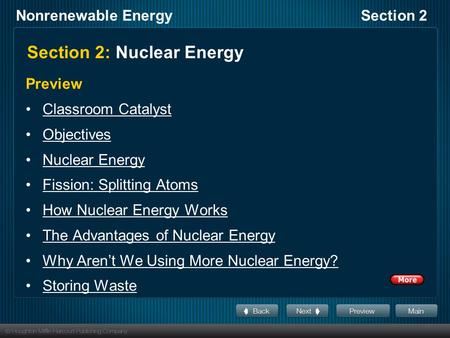 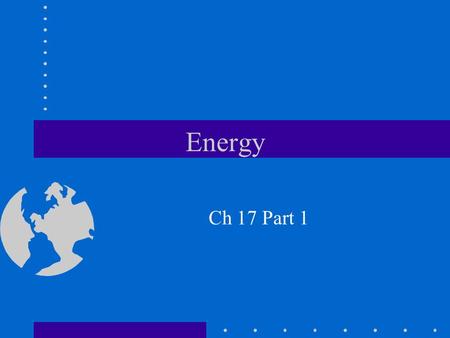 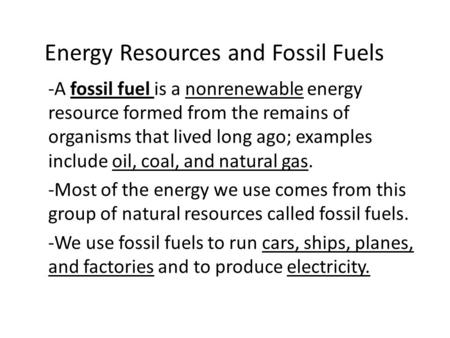 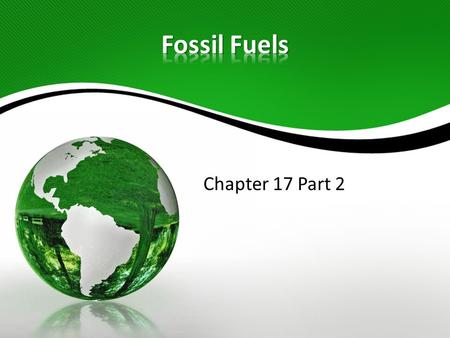 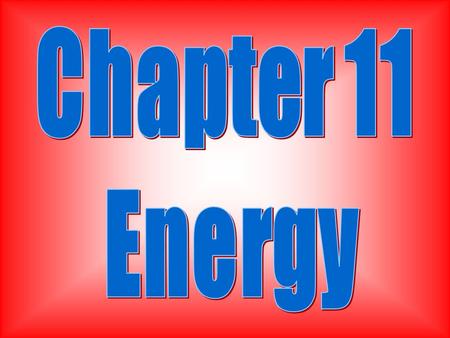 The law of conservation of Energy tells us that we can’t Get something for nothing, But we refuse to believe it. 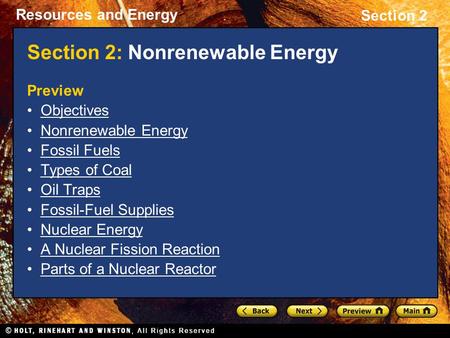