2 Synopses Okonkwo is a wealthy and respected warrior of the Umuofia clan, a Nigerian tribe that is part of nine interconnected villages. He is haunted by the actions of Unoka, his cowardly father, who died in disgrace, leaving many village debts unsettled. In response, Okonkwo became a clansman, warrior, farmer, and family provider. Okonkwo lives his life normally until he is exiled after a accident at the funeral of a clan leader.

3 Theme Self Image- Okonkwo didn’t want to be seen as a weak man. He wanted his village good memories of him and he didn’t want to perceived the same way his father was.

4 Symbols The Kola Nut- the Kola nut is offered as a sign of peace and respect. They are also used as sacrificial items to the Gods. Fire- fire represents Okonkwo’s rage and aggression towards other villagers

7 1990- Visiting back into Nigeria Got into a trauma car accident Left him paralyzed from the waist down Wheelchair for the rest of his life Ten years later Became a professor at Brown University in Provence, Rhode Island Died in March of 2013 at the age of 82, in Boston, Massachusetts

8 Sales Pitch Come to Africa for our outstanding yams and our great entertainment, in the book Things Fall Apart, you feel as if you went through all of their traditions and lives.

9 Quotes “The best book I ever read” Oprah
“The author of this book, Chinua Achebe, shows the world of Okonkwo and how he changes throughout the book.” Betty White “His top seller is the best, he brings the theme of self image to life for Okonkwo towards not wanting to be like his father and checking himself.” Nelson Mandela An amazing imagination of Chinua that helps you see the life of all his characters and what Africa was really like in the 1920’s” Barack Obama

10 Oknokwo An influential clan leader in Umuofia. Okonkwo’s hard work and prowess in war have earned him a position of high status in his clan, and he attains wealth sufficient to support three wives and their children. Okonkwo’s tragic flaw is that he is terrified of looking weak like his father. As a result, he behaves impulsively, bringing trouble and sorrow upon himself and his family. Actor: Denzel Washington Award: Biggest A**hole

11 Nowye Okonkwo’s oldest son, whom Okonkwo believes is weak and lazy. Okonkwo constantly beats Nwoye, hoping to correct the faults that he sees in him. Actor: Marc John Jefferies Award: Most Lazy

12 Ekwefi Okonkwo’s second wife, Ekwefi ran away from her first husband to live with Okonkwo. Ezinma is her only surviving child, her other nine having died in infancy, and Ekwefi constantly fears that she will lose Ezinma as well. Actresses: Gabourey Sidibe Award: Most Beaten

13 Mr. Brown The first white missionary to travel to Umuofia. He becomes friends with prominent clansmen and builds a school and a hospital in Umuofia. Actor: Kevin Spacey Award: Most Intrusive

14 Unoka Okonkwo’s father, of whom Okonkwo has been ashamed since childhood. By the standards of the clan, Unoka was a coward and a spendthrift. He motivates Okonkwo to be the man he is. Actor: Samuel Jackson Award: The Town Drunk

15 Obierika Okonkwo’s close friend, Obierika looks out for his friend, selling Okonkwo’s yams to ensure that Okonkwo won’t suffer financial ruin while in exile and comforting Okonkwo when he is depressed. Actor: Jamie Foxx Award: Most Respectable

16 Questions Who is the Author of the book? Barrack Obama Okonkwo
Chinua Achebe Nelson Mandela

22 Questions Who motivates Oknokwo to be a beter man. His Mother
His Father His Children His God

24 Questions How long was Okonkwo exiled for? 2 months 1 year 10 years

25 Questions What did the Kola nut represent? War and Poverty
Peace and Respect Love and Happiness Hate and Despair 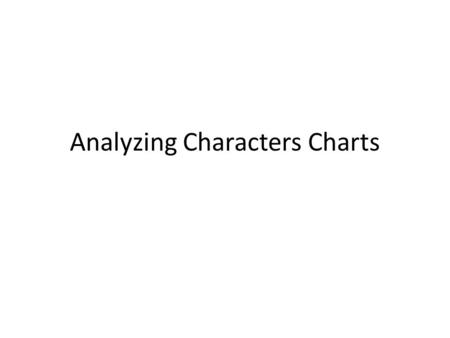 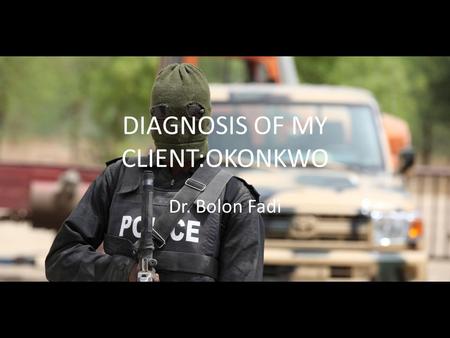