Presentation on theme: "Rules Apostrophes Examples 1. Use an apostrophe to replace"— Presentation transcript:

3 Quotation Marks Titles of Short Works Direct Quote
(Someone's exact words) title of book chapter The student said, "I'll not be here tomorrow." title of magazine article "If I am elected," the candidate declared, "spending will be significantly reduced." title of song title of short story "Mikey said, 'Put the frog in the refrigerator' and so I did," explained my little sister. title of an essay title of a short poem title of one-act play Frank asked, "Who is that man?" title of TV episode Did Mr. Smith say, "Your assignments are due now"? title of radio episode Indirect quote: re-wording or summarizing someone's words Do not use quotation marks with indirect quotes. Refer to p GW

4 Hyphen Tree Map Rules Examples
I have thirty-six students in this class. 1. Use a hyphen to form a compound word. 2. Use a hyphen to join two or more words that work together and serve as a single descriptive word before a noun. I need an up-to-date calendar. 3. Use a hyphen between prefixes and words such as self-, all-, and ex-. Her ex-boyfriend sent her a text  message.

5 Dash Tree Map type two hyphens = dash ex. --
handwritten: draw dash as unbroken line, at  least twice as long as a hyphen Dash Tree Map Rules Examples 1. Use a dash at the beginning or end of a sentence to set off added explanation or illustration and to add emphasis or clarity. Her acting added an extra touch of humor to the play -- an added sparkle. 2. Use a dash as an interrupter to  mark a sudden break in thought, an abrupt change or  surprise, or a deliberate pause and to show in a dialogue  that the speaker has been interrupted. Of course, Everett was  willing to work hard to get  good grades -- but not too hard. Hilda always finds interesting  restaurants -- such as  Outback, that steakhouse,  and Monte de Rey --to take  us to after a movie. 3. Use dashes to set off a whole word group when a phrase/clause already has commas within it.

Download ppt "Rules Apostrophes Examples 1. Use an apostrophe to replace" 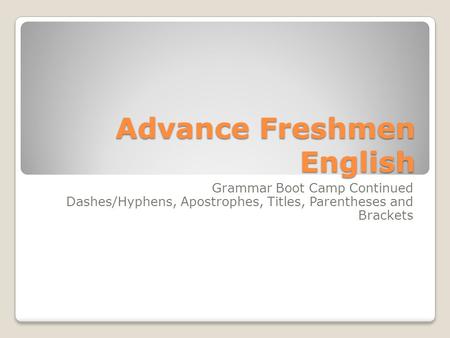 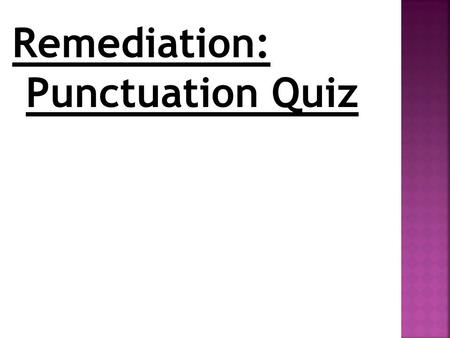