1 McGraw-Hill/Irwin Copyright © 2012 by The McGraw-Hill Companies, Inc. All rights reserved.

5 5-5 Contracts - Definition  A contract is a voluntary agreement between two or more parties for which the law will provide remedies for nonperformance (breach).

7 5-7 Remedies  If one party fails to perform as promised, the other party can use the court system to enforce the contract and recover damages or other property.  Remedies put the non-breaching party in the position he or she would have been in had there been no breach.  Legal Damages o Money damages o Punitive damages  Equitable Damages

8 5-8 Sources of Contract Law  Two sources of Contract Law:  Restatement of Contracts (Common Law)  Compilation of the most common approaches to states’ common law of contracts, but is not, in and of itself, law.  Uniform Commercial Code (UCC)  Addresses contracts for the sale of goods, defined as tangible, movable, personal property.  Article 2 of the UCC deals with buying and selling goods.

13 5-13 Acceptance  Intent to accept  Communication to offeror  “Mirror Image Rule” (Common Law):  Offer must be unequivocal and a mirror image of the offer. If it is not, and any terms are changed by the offeree, it is considered to be a counteroffer which terminates the original offer.  Note: UCC Art. 2: any means of acceptance reasonable under the circumstances is effective as an acceptance and creates a contract

20 5-20 Enforceable Contracts  Statute of Frauds  Certain contracts must be in writing to be enforceable in court: Marriage (contracts made in consideration of marriage) Y ear (Contracts incapable of being performed within a year from the time they are made) Land (Contracts for an interest in land) Executor (Executor’s promise to be personally liable for decedent’s debts) Goods (Contracts for goods of $500 or more) Surety (Contract of a surety to be bound for the debts of debtor if debtor does not pay)

24 5-24 Conditions to Contract Performance  Conditions Precedent  An event that must occur before a party is obligated to perform under a contract.  Conditions Subsequent  Performance is not due until and unless a condition is met.  Concurrent Conditions  Parties to a contract must perform at the same time. 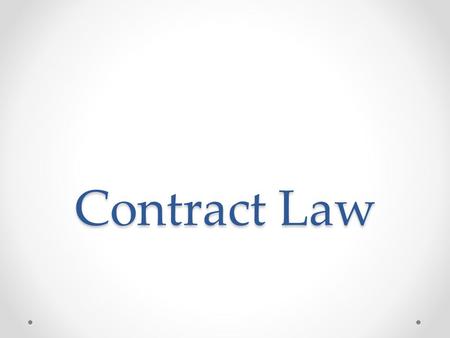 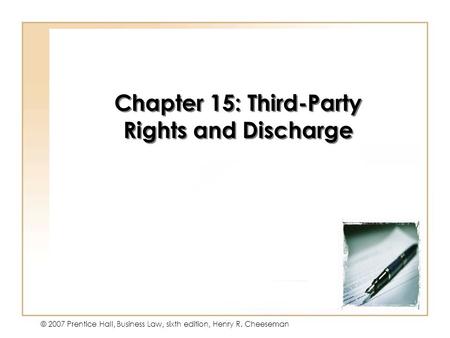 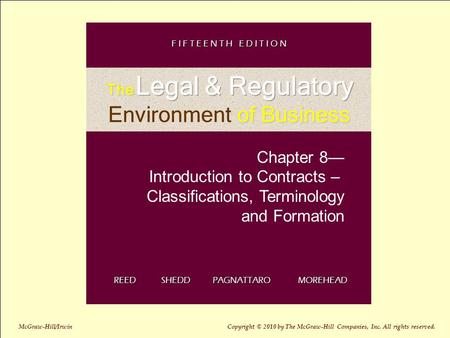 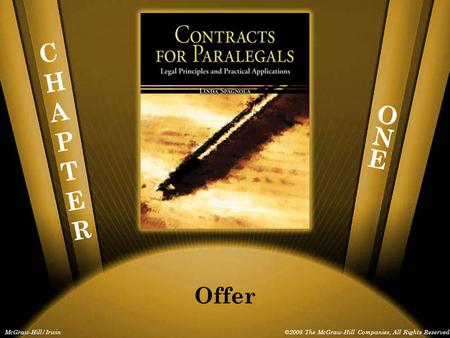 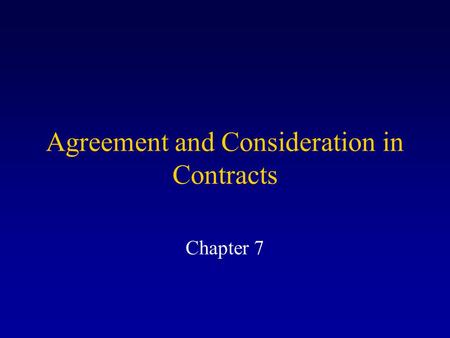 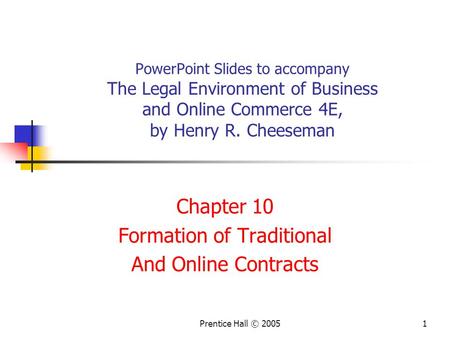 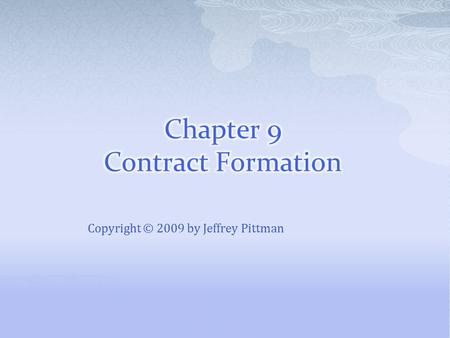 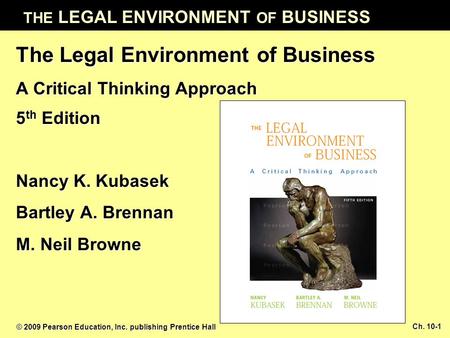 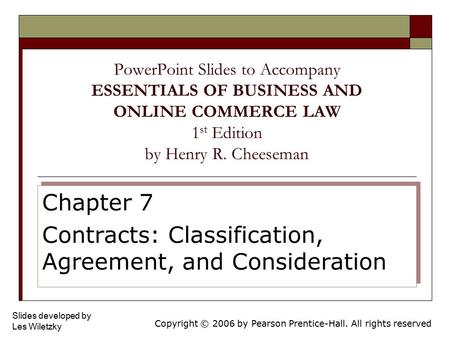 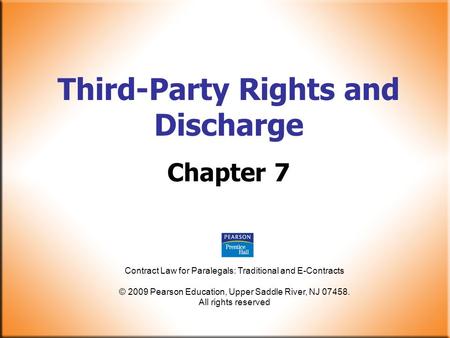 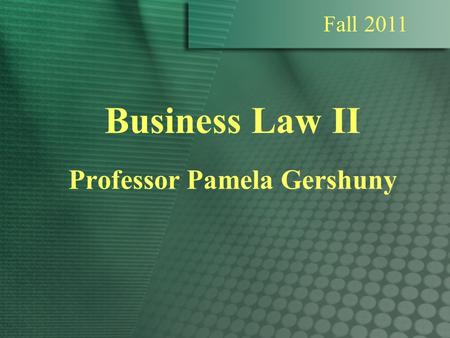 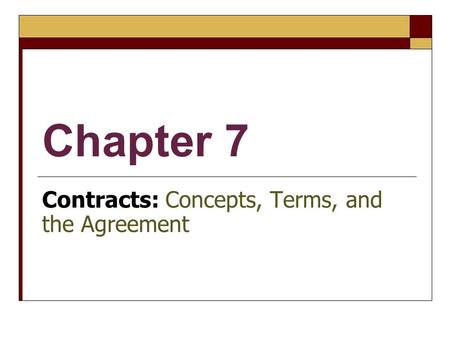 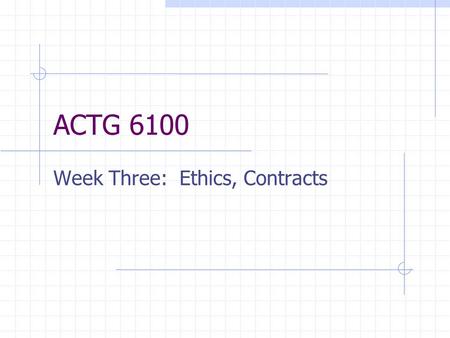 ACTG 6100 Week Three: Ethics, Contracts. Law and Ethics In some cases, law sets the moral minimum Sometimes, the law does not address the ethical problems.