Presentation on theme: "By: McKala Robinson EMILY DICKINSON.  Emily Dickinson is well know for her powerful and unique writing and also her unusually life and self imposed social."— Presentation transcript:

2  Emily Dickinson is well know for her powerful and unique writing and also her unusually life and self imposed social seclusion.  She expressed far-reaching ideas; in the middle of contradiction and uncertainty, her poetry has an actual capacity to move and provoke readers  Emily Dickinson's was the most wholly private literary career of any major American writer. Many of her poems have been published by her sister after Emily died.  Seven of her poems were actually published in her lifetime.  A complete and mostly unaltered collection of her poetry became available for the first time in 1955, after her death, when The Poems of Emily Dickinson was published.  During her career Emily wrote nearly eighteen hundred poems. PROFESSIONAL LIFE

3  Emily Elizabeth Dickinson was born in Amherst, Massachusetts, on December 10, 1830, into a prominent, but not wealthy family.  Emily’s Father was a warm and loving person, but her mother was cold and remote.  Her father made sure that Emily was well educated and very well behaved.  Dickinson was traumatized from a young age by the "deepening menace" of death, after a second cousin grew ill and died. PERSONAL LIFE

4  The initial criticism of Emily’s work, following the 1890 publication of Poems of Emily Dickinson was unfavorable, but her work also received a popular expression of approval.  Willis Buckingham has noted that her readers often adored Dickinson's "inspired" thoughts and emotions rather than her poetic technique.  Critics have established Dickinson's esteemed reputation as an American poet. CRITICISM OF DICKINSON

5 This is my letter to the world, That never wrote to me,-- The simple news that Nature told, With tender majesty. Her message is committed To hands I cannot see; For love of her, sweet countrymen, Judge tenderly of me! THIS IS MY LETTER By: Emily Dickinson One sound device used in this poem is alliteration, which is the "th" sound in "This is my letter to the World". Another sound device stated would be consonance, which is the ending "t" sound in "That never wrote to Me".

6  Emily’s poem, This is My Letter, is not literally about a letter. She wants to tell people things she has learned in her life, that she wished someone would have told her. THIS IS MY LETTER

Download ppt "By: McKala Robinson EMILY DICKINSON.  Emily Dickinson is well know for her powerful and unique writing and also her unusually life and self imposed social." 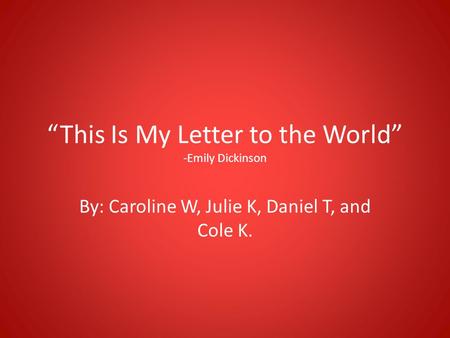 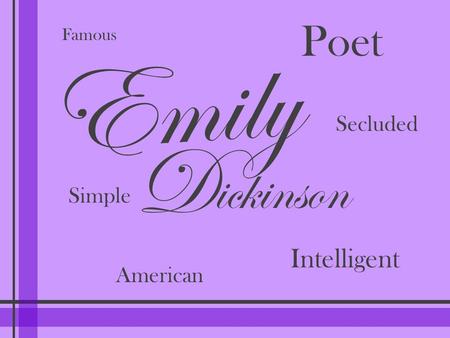 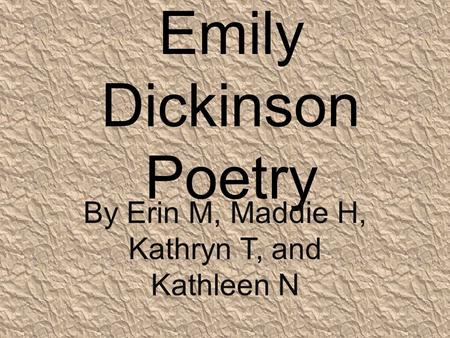 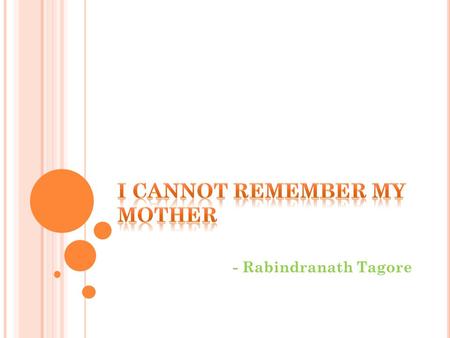 I CANNOT REMEMBER MY MOTHER 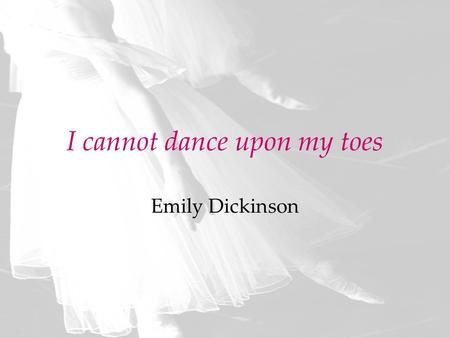 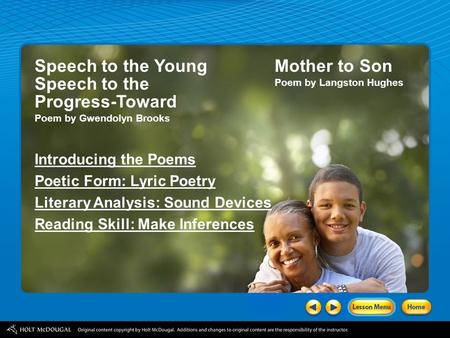 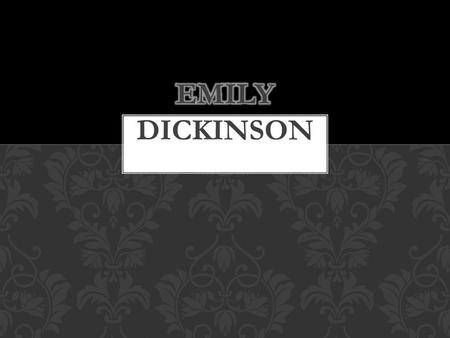 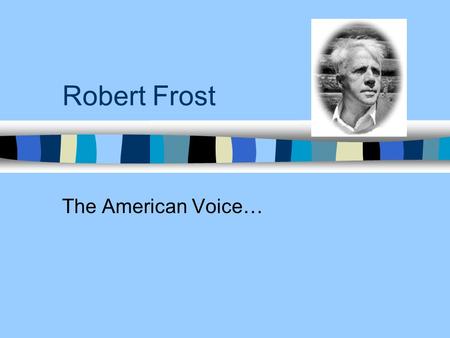