Presentation on theme: "A quadratic equation is a second degree polynomial, usually written in general form: The a, b, and c terms are called the coefficients of the equation,"— Presentation transcript:

3 A solution to a quadratic equation is an x value such that the following equation is true: Such an x is called a root of the polynomial. Fortunately, there’s a formula, cleverly referred to as the quadratic formula, that allows us to find these roots. Here it is:

4 The most difficult part about solving quadratic equations is remembering the quadratic formula; from there, it’s just a matter of plugging in numbers into it. Here it is again! (Even though it doesn’t explicitly say “1 x 2 + …” in the equation, the 1 is understood; it’s just like in grammar, when commands such as “get out” have an understood “you” in front: “(You) get out”). Let’s plug in our a, b, and c values:

5 Time to simplify! If we choose + in our ± part: This will give us two answers, since the ± symbol means we have a choice between + and –. We can check that these are indeed the roots by plugging them back into our equation:

9 Factor the quadratic equation: 2 x 2 – 4 x – 6 = 0 In order to factor this guy, we need to find out what its roots are. That’s not bad; we just have to plug all the numbers into the quadratic formula and we’re done! But, all the coefficients of the equation are divisible by 2. In this case, it’s much easier to divide both sides of the equation by 2, and then plug in what’s left into the quadratic equation. 2 x 2 – 4 x – 6 = 0 2 Great! Now that we have this quadratic as a monic polynomial, we can solve for the x values that make this equation true.

12 When we’re out to complete the square, we have to look at the middle b term. That number will tell us everything we need to know about what the last number will be in order to complete the square. Example: Say we want to complete the square for x 2 + 4 x + 3. Our middle coefficient is 4. So, the number we’re looking for must be half that, so we want a 2: ( x – 2) 2 But, the last term in our equation is 3. We know it’s supposed to be 2 squared, which is 4. What do we do about this? There’s a nifty trick people like to use, where essentially we’re adding 0 to our expression (which of course is a perfectly legal move; adding zero to anything doesn’t change the expression at all). But, instead of just adding 0, which won’t help much, we can rewrite 0 as 1 – 1.

Download ppt "A quadratic equation is a second degree polynomial, usually written in general form: The a, b, and c terms are called the coefficients of the equation," 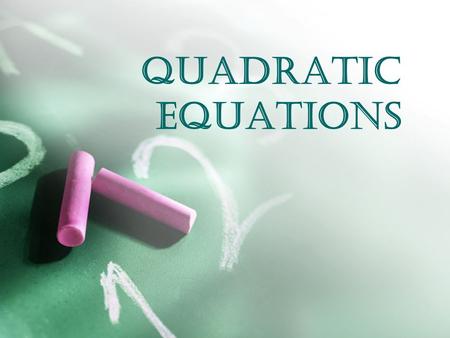 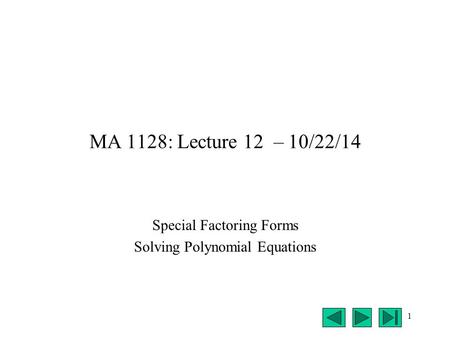 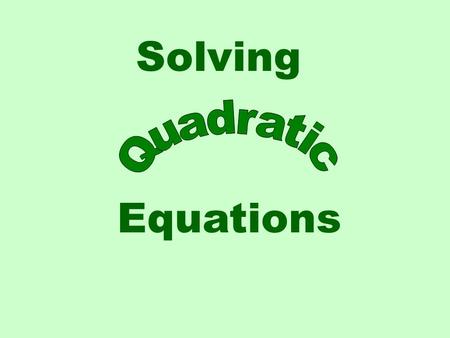 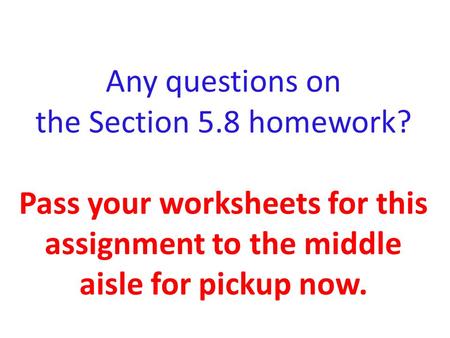 Any questions on the Section 5. 8 homework 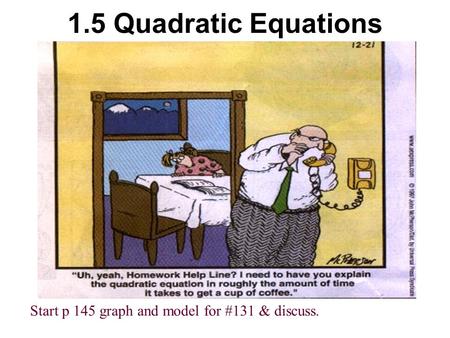 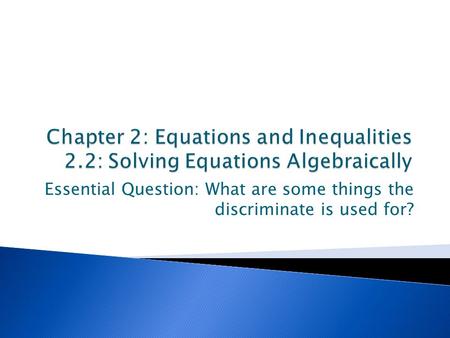 Essential Question: What are some things the discriminate is used for? 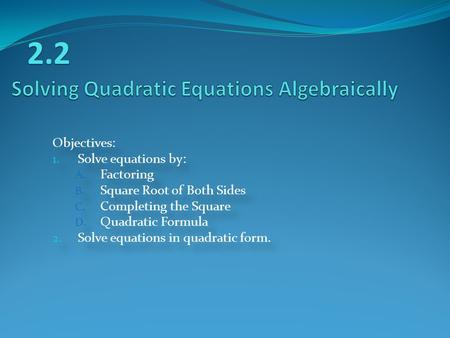 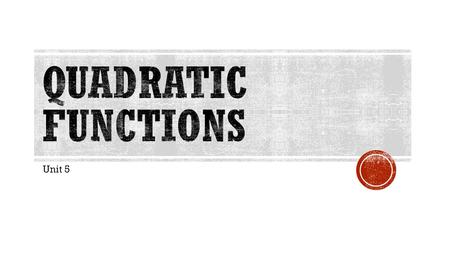 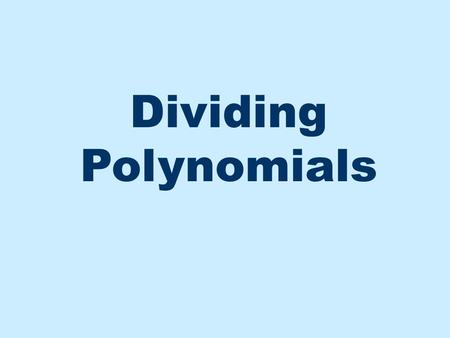 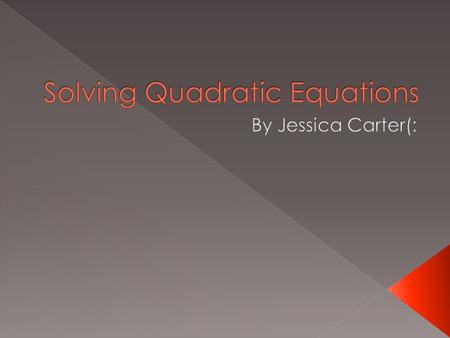 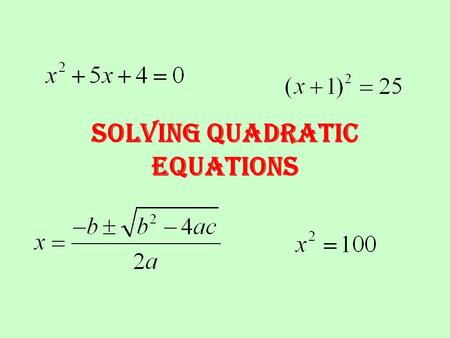 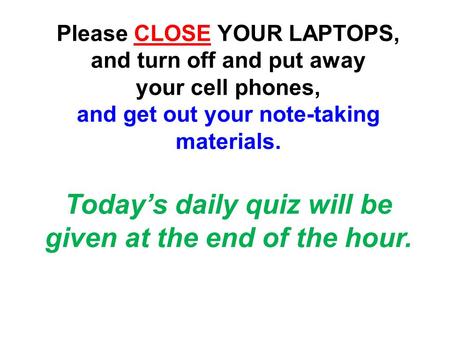 Please CLOSE YOUR LAPTOPS, and turn off and put away your cell phones, and get out your note-taking materials. Today’s daily quiz will be given at the. 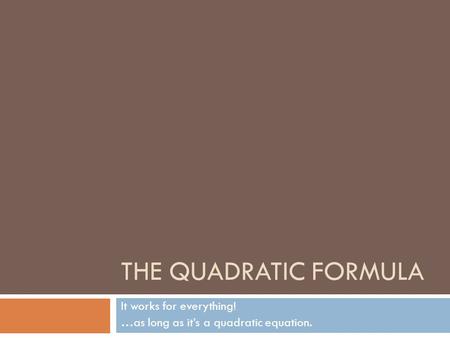 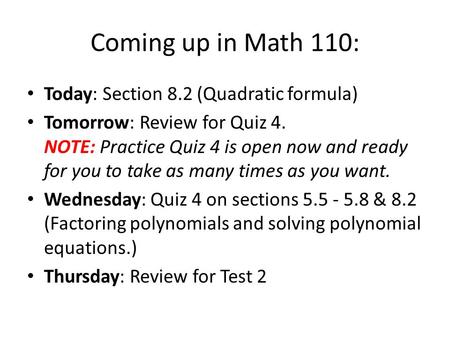 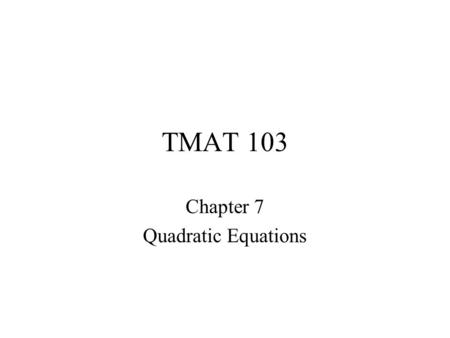 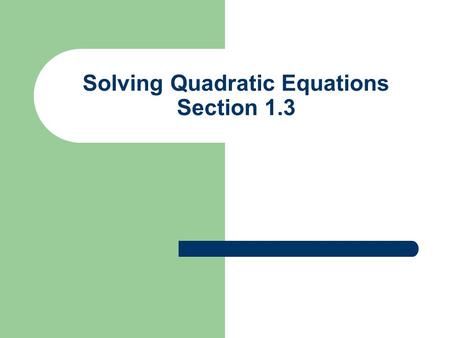 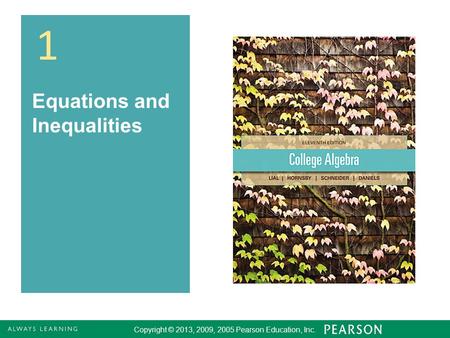 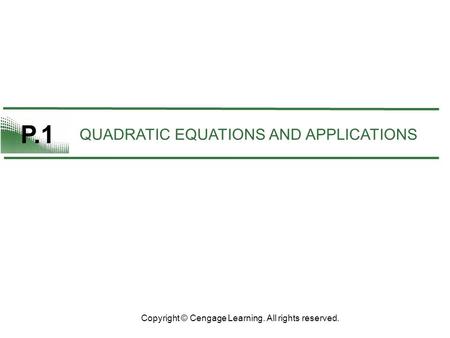 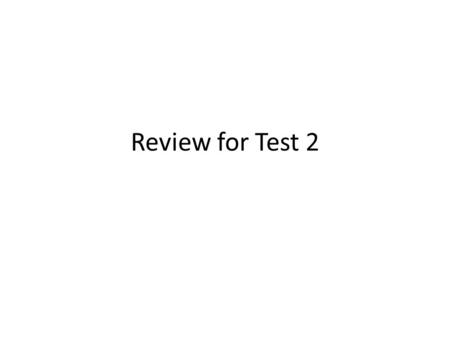 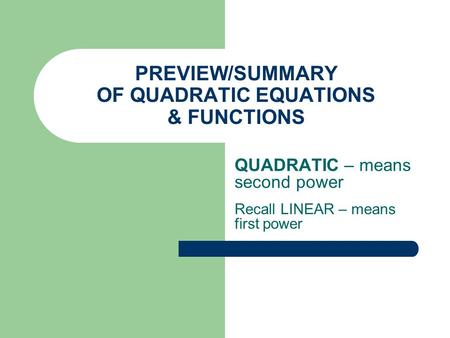