Presentation on theme: "Legality, Consent, and Writing. “A verbal contract isn’t worth the paper it’s written on.” Samuel Goldwyn, Hollywood producer “I am not young enough to."— Presentation transcript:

2 “A verbal contract isn’t worth the paper it’s written on.” Samuel Goldwyn, Hollywood producer “I am not young enough to know everything.” J.M. Barrie, British playwright

4 ◦ The California exception - In California, noncompete agreements are not enforceable in employment contracts ◦ A noncompete is valid only if:  The employee signs it at the same time she is selling her share of a company  It is reasonable in time, activity, and territory

6  Unenforceable: ◦ When it attempts to exclude an intentional tort or gross negligence ◦ When the affected activity is in the public interest, such as medical care, public transportation, or some essential service ◦ When the parties have greatly unequal bargaining power ◦ Unless the clause is clearly written and readily visible

7  A contract that a court refuses to enforce because of fundamental unfairness  The two factors that most often led a court to find unconscionability were: ◦ Oppression: One party uses its superior power to force a contract on the weaker party ◦ Surprise: The weaker party did not fully understand the consequences of its agreement

8  Capacity: Concerns the legal ability of a party to enter a contract in the first place ◦ Someone may lack capacity because of his young age or mental infirmity

9  Consent: Refers to whether a contracting party truly understood what she was getting into and whether she made the agreement voluntarily ◦ Consent issues arise in cases of:  Fraud  Mistake  Duress  Undue influence

11  In contract law, a minor is someone under the age of 18 ◦ A minor normally can create only a voidable contract  Because a minor lacks legal capacity ◦ A voidable contract may be canceled by the party who lacks capacity

12  Disaffirm: To give notice of refusal to be bound by an agreement ◦ A minor who wishes to escape from a contract generally may disaffirm it  Rescind: To cancel a contract ◦ A minor can undo a contract that has already been completed by filing a suit to rescind the contract

13  Restitution: Restoring an injured party to its original position ◦ A minor who disaffirms a contract must return the consideration he has received, to the extent he is able

14  Parties can make three claims in an effort to rescind a contract based on lack of valid consent: ◦ Fraud ◦ Mistake ◦ Duress

15  Begins when a party to a contract says something that is factually wrong  An injured person must show the following: ◦ The defendant knew that his statement was false, or that he made the statement recklessly and without knowledge of whether it was false  Opinions and “puffery” do not amount to fraud ◦ The false statement was material ◦ The injured party justifiably relied on the statement

16  Plaintiff’s remedies for fraud - The injured party generally has a choice of: ◦ Rescinding the contract ◦ Suing for damages ◦ In some cases, doing both

17  Bilateral mistake: Occurs when both parties negotiate based on the same factual error ◦ If the parties contract based on an important factual error, the contract is voidable by the injured party

18  Unilateral mistake: Occurs when only one party enters a contract under a mistaken assumption ◦ To rescind, a party must demonstrate that she entered the contract because of a basic factual error and that either:  Enforcing the contract would be unconscionable or  The nonmistaken party knew of the error

19  An improper threat made to force another party to enter into a contract  In analyzing a claim of economic duress, courts look at these factors: ◦ Acts that have no legitimate business purpose ◦ Greatly unequal bargaining power ◦ An unnaturally large gain for one party ◦ Financial distress to one party

20  A plaintiff may not enforce any of the following agreements unless the agreement, is in writing and signed by the defendant ◦ For any interest in land ◦ That cannot be performed within one year ◦ To pay the debt of another ◦ Made by an executor of an estate ◦ Made in consideration of marriage ◦ For the sale of goods worth $500 or more  Once a contract is fully executed, it makes no difference that it was unwritten

23  Must be signed by the defendant  Must state with reasonable certainty: ◦ The name of each party ◦ The subject matter of the agreement ◦ All of the essential terms and promises  Electronic Signatures in Global and National Commerce Act (E-SIGN): Declares that contracts cannot be denied enforcement simply because they are in electronic form, or signed electronically

25  Refers to anything, apart from the written contract itself, that was said, done, or written before the parties signed the agreement or as they signed it  Integrated contract: A writing that the parties intend as the final, complete expression of their agreement

26 The Parol Evidence Rule When two parties make an integrated contract, neither one may use parol evidence to contradict, vary, or add to its terms

27 “No matter how profitable a particular contract clause may appear to be, it is worthless if it is illegal. Make sure your agreement is lawful.”

Download ppt "Legality, Consent, and Writing. “A verbal contract isn’t worth the paper it’s written on.” Samuel Goldwyn, Hollywood producer “I am not young enough to." 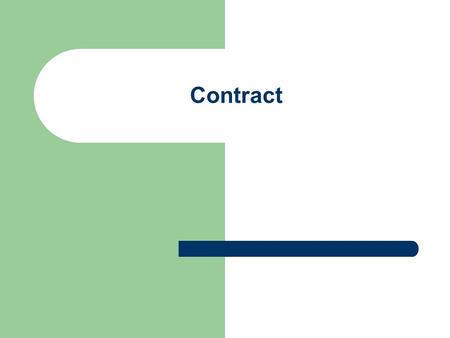 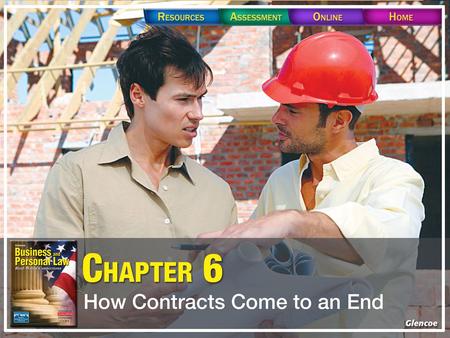 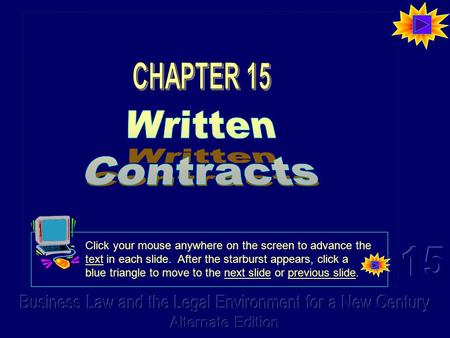 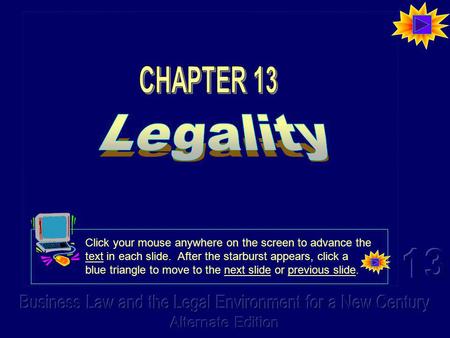 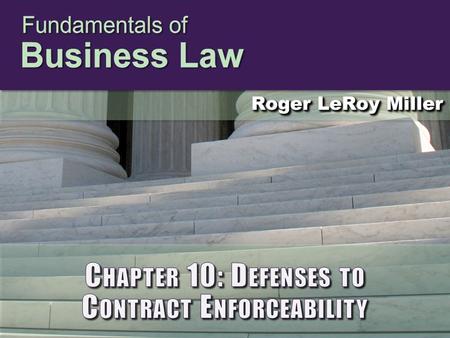 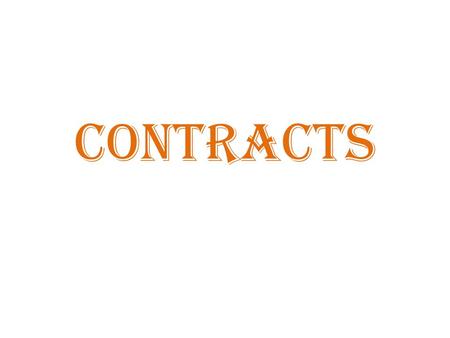 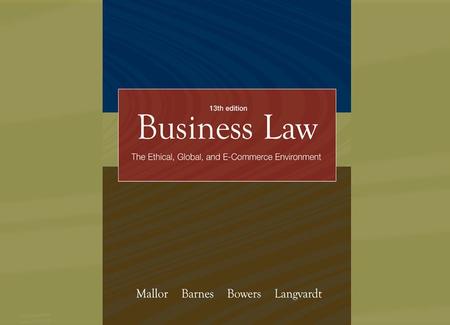 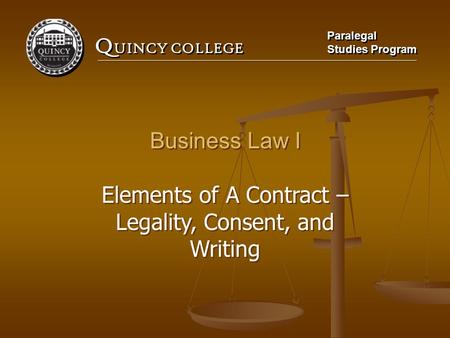 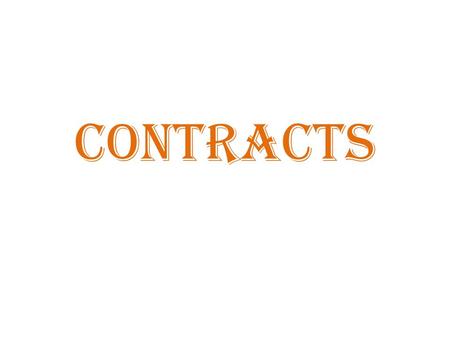