5.6 The student knows that energy occurs in many forms and can be observed in cycles, patterns, and systems. The student is expected to: (a) Explore the.

Presentation on theme: "5.6 The student knows that energy occurs in many forms and can be observed in cycles, patterns, and systems. The student is expected to: (a) Explore the."— Presentation transcript:

2 5.6 The student knows that energy occurs in many forms and can be observed in cycles, patterns, and systems. The student is expected to: (a) Explore the uses of energy, including mechanical, light, thermal, electrical, and sound energy

3 Name that Sound! What sounds do you hear? Click on each icon to hear a sound, can you guess the sound? How are these sounds produced? VIBRATIONS!!!

4 Question 1: A sound can be produced by all of the following except: A) Hitting a baseball with a bat. B) Talking. C) Striking a tuning fork against your hand. D) Shining a flashlight

5 Answer ‘D’ is correct. Shining a flashlight is a form of light energy, not sound energy.

9 Sounds travel from one place to another through thin air. They can also travel through liquids and solids. This is called SOUND TRANSFER.

10 Question 3: In which of these locations would sound not be heard? A)In outer space B) Under water C) Through a door D) On a bridge

11 Answer ‘A’ is the correct answer. Sound travels when matter vibrates. Outer space would be quiet since matter is not vibrating.

12 Question 4: Which of the following would produce a sound? A) Observing a stack of coins. B) Shaking a jar with coins in it. C) Looking at a photograph of a rock concert. D)A space ship traveling in outer space.

13 Answer ‘B’ is correct. In order to have sound you need to have matter vibrate. In this case the coins would be hitting each other and the jar causing vibrations. The vibrations of the coins would cause the air particles to vibrate, which in turn would cause your ear to vibrate and allow you to hear the sounds produced. Answers ‘A’ and ‘C’ are incorrect because there is no movement, and therefore no vibration. Answer ‘D’ is incorrect because the vacuum (emptiness) of space has nothing to transmit sound waves.

15 Answer ‘A’ is correct. The heat of the lightning causes the air to rapidly expand forming sound waves. Thunder is simply vibrating air. It is not dangerous, simply loud. Answer ‘B’ is incorrect. Since clouds are made up mainly of water, there is nothing to burn. The hydrogen in water is already oxidized. Answer ‘C’ is incorrect. Thunder is caused by lightning, not the other way around. Answer ‘D’ is incorrect. The movement of water drops is not directly responsibly for thunder.

16 Question 6: Look at the four pictures below. Which object will produce a sound? A B C D

17 Only the tuning fork will produce the vibrations needed to make sounds when it strikes another object. Answer “D” is correct.

Download ppt "5.6 The student knows that energy occurs in many forms and can be observed in cycles, patterns, and systems. The student is expected to: (a) Explore the." 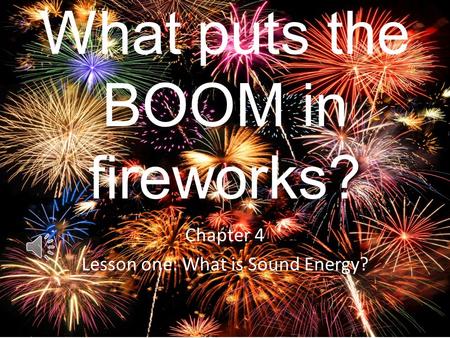 What puts the BOOM in fireworks? 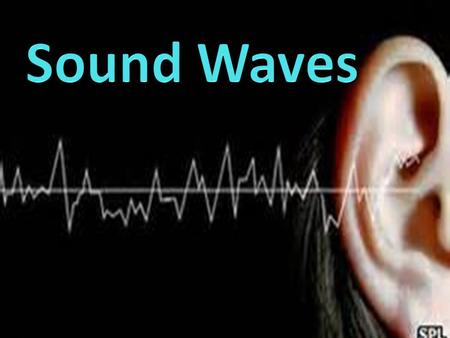 If a tree falls in a forest, and no one is around to hear it, did it make a sound? 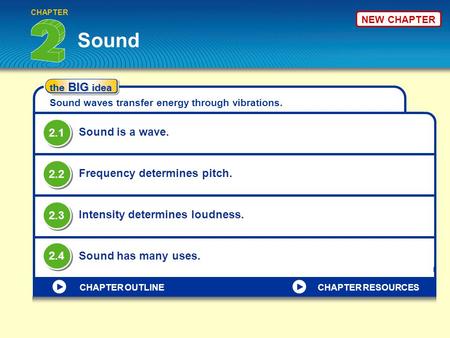 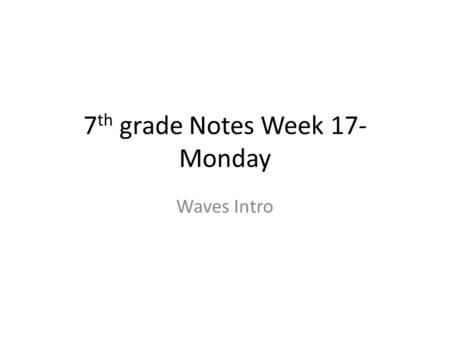 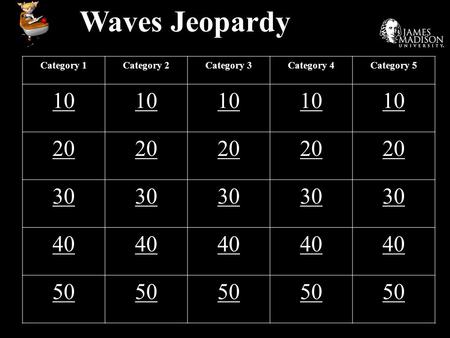 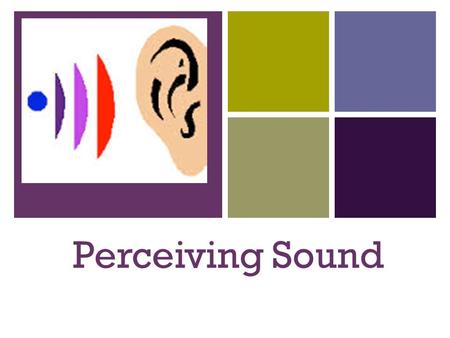 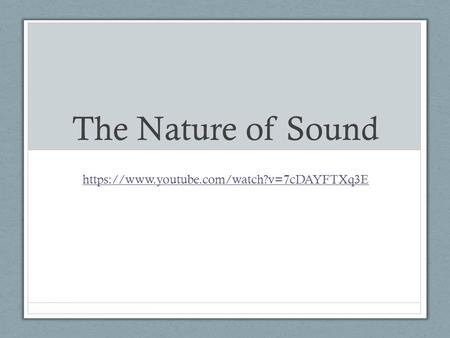 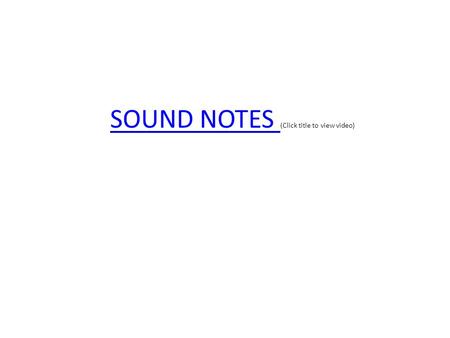 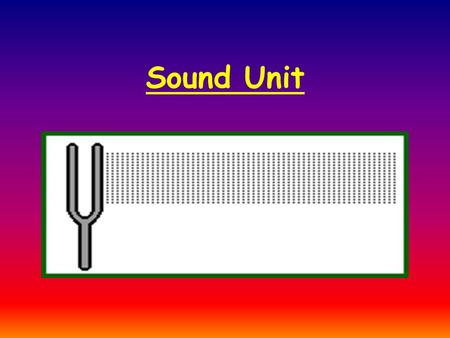 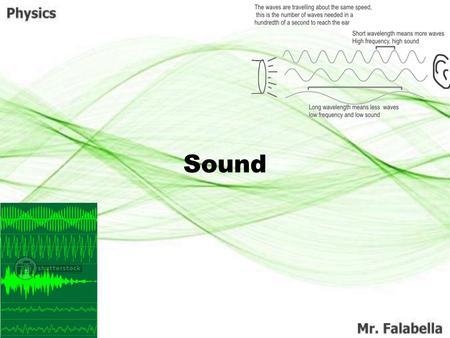 Sound. Imagine an entire room is filled with ping pong balls, and in the middle of the room is a big paddle. Shake the paddle and observe what happens: 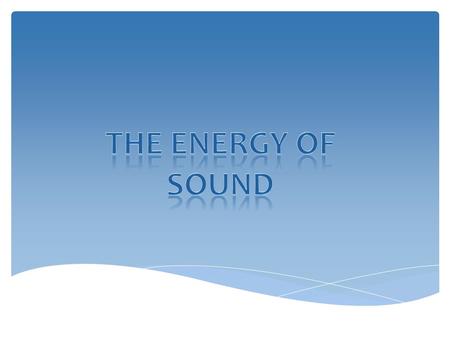  Sound is energy that travels in the form of waves away from a vibrating object. What is Sound? 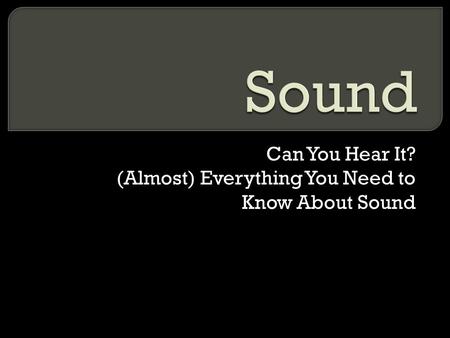 Can You Hear It? (Almost) Everything You Need to Know About Sound. 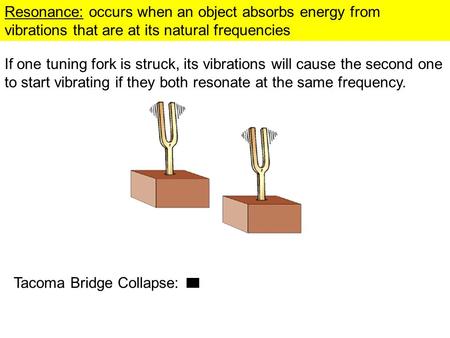 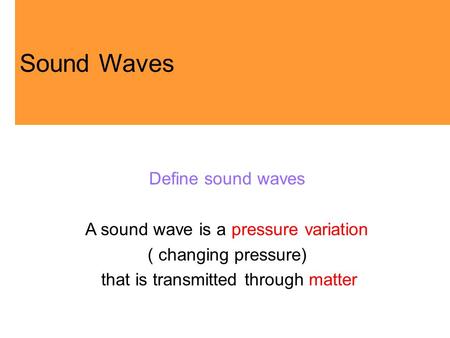 Define sound waves A sound wave is a pressure variation ( changing pressure) that is transmitted through matter Sound Waves. 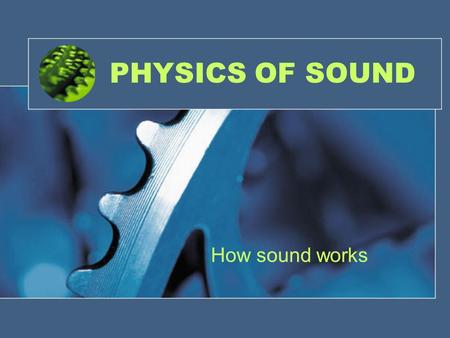 PHYSICS OF SOUND How sound works WHAT IS SOUND?