2 Economic Indicators: Used to evaluate the state of the US economy and Used to try to predict the future economy The gov’t studies these to decide what to do to regulate the US economy to benefit the people Indicators: 1. Gross Domestic Product (GDP) – measures the market value of all goods and services produced in the United States during a period of one year - can be used to compare the US economy year to year and with other nations - The gov’t uses this to determine (via the FED) uses the GDP growth rate as one of the indications of whether the economy needs to be restrained or stimulated

9 3. Business Cycle: fluctuation in economic activity – how much is spent in the US - Contraction v. Expansion - Recessions and Depressions 4. Standard of Living: how many goods and services are produced per person, indicates the level of economic prosperity in a country 5. Unemployment – % of Americans who are actively seeking work and cannot find it - Underemployment – workers who are over qualified for their jobs or are working less hours than they desire 6. Poverty Rate: % of Americans living in poverty

15 Government Spends Money in three ways to help the economy: 1. Public Goods – goods available to all whether or not a person pays for them – Police, National Defense, Disease Control, Schools - Purpose (??) - Often privatized (??) 2. Social Insurance Programs – designed to make up for lost income of people who worked but are now retired, unemployed, or unable to work – SS and Medicare 3. Income Assistance Programs – provide money and assistance to those living in poverty (means-tested programs) – Welfare, Medicaid

20 What are the two ways the gov’t tries to stimulate the economy? This creates a deficit. National Debt – Total amount the US gov’t owes – sum of the deficits. What is our debt?? Problems: 1. US Gov’t must fund the debt by borrowing money: - This increases the demand for loans which causes an increase in the equilibrium interest rate - Increase in the interest rate discourages private borrowing which reduces spending - Reduces corporate investments - All of this hurts the economy 2. The US Gov’t must pay interest on these loans

25 The Federal Reserve - 1913 - Central bank and monetary authority in the U.S. - Role is to - conduct the nation's monetary policy - supervise and regulate banking institutions - maintain the stability of the financial system - Seven member board of governors makes decisions - 14 year non-renewable terms - Chairman is appointed every four years - can be renewed - 12 District Reserve Banks - each has a president - implement Fed policies and hold member bank reserves - FOMC - Federal Open Market Committee - make actual decisions regarding money supply and interest rates - 7 members of board of governors and five district bank presidents

26 In order to keep the country prosperous the FOMC (Fed) can regulate the money supply, set the discount rate and federal fund rate, and set the required reserve ratio 1. Money Supply - Doesn’t print money but puts money into circulation - If it wants to increase the money supply it buys bonds from member banks - If it wants to decrease the money supply it sells bonds to member banks 2. Set the discount rate and the federal fund rate Discount Rate = rate at which FED loans money to banks Federal Fund Rate = rate at which member banks can loan money to one another - Lowering this  ? How about Increasing this  ? 3. Set the Required Reserve Ratio - amount banks keep on hand and don’t lend out - can encourage banks to increase/reduce the # of loans

27 In an economic downturn or recession the Fed will: 1. Increase the Money Supply by buying bonds (putting more cash in the economy) 2. Decrease the discount rate and federal fund rate to (increasing the supply of loans) 3. Reduce the required reserve ratio to free up more deposits for loans All of this will decrease the market interest rate And…if interests rates are low: - the costs of living, doing business and are also low -this stimulates the economy because loans are more affordable -if people can borrow more, they'll spend more

28 In a period of economic expansion where inflation becomes a problem the Fed will: 1. Decrease the money supply by selling bonds 2. Increase the discount rate and federal fund rate 3. Increase the required reserve ratio All of this will increase the market interest rate (by decreasing the supply of loans) And…if interest rates are high: -this encourages consumers and businesses to save money instead of borrowing and spending -decreases inflation (hopefully)

29 The Gov’t attempts to regulate international trade and aid to foreign countries to expand and stabilize the US economy. History of Protective Trade Policies : Tariffs and Quotas - purpose (and they did it to us too!) - stifles trade (not good for consumers---why?) Free Trade Policies: Beginning in the 1990s - NAFTA, WTO and GATT, CAFTA, etc. - countries will specialize in producing the goods that they can produce at the lowest opportunity cost - prices on goods will decrease and consumers will benefit - who had the comparative advantage based on resources, climate, and labor supply Positives: American consumers benefit from lower prices and it raises the standard of living for Americans and across the world Negatives: ??

30 The Problems with Free Trade: - U.S. Labor Laws and Environmental Laws make it difficult for us to have a comparative advantage - Results in…? American Jobs and Trade Deficits - Why are trade deficits bad? American currency leaves the country--we must sell bonds and assets to get it back - we then owe interest on these securities to foreign gov’ts (bad) More American money worldwide decreases the value of American money (also bad) Solutions: 1. Find areas of the economy where we do have a comparative advantage - retraining and services 2. Find ways to encourage production here in the U.S. 3. International Aid - improve their economies, adopt labor and environmental laws so companies can compete, more foreigners can afford US products; Who gets the aid money? 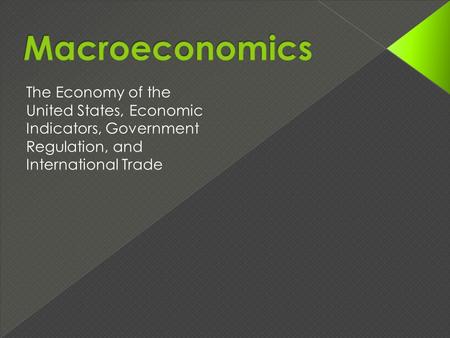 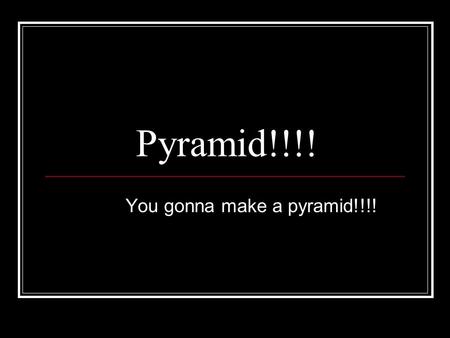