2 PID Concept The PID instruction normally controls a closed loop using inputs from an analog input module and providing an output to an analog output module. For temperature control, you can convert the analog output to a time proportioning on/off output for driving a heater or cooling unit.

4 PID Control The PID equation controls the process by sending an output signal to the control valve. The greater the error between the setpoint and process variable input, the greater the output signal. Alternately, the smaller the error, the smaller the output signal. An additional value (feed forward or bias) can be added to the control output as an offset. The PID result (control variable) drives the process variable toward the set point.

8 Some systems exhibit an undesirable behavior called Deadtime
Some systems exhibit an undesirable behavior called Deadtime. Deadtime is a delay between when a process variable changes, and when that change can be observed. For instance, if a temperature sensor is placed far away from a cold water fluid inlet valve, it will not measure a change in temperature immediately if the valve is opened or closed. Deadtime can also be caused by a system or output actuator that is slow to respond to the control command, for instance, a valve that is slow to open or close. A common source of deadtime in chemical plants is the delay caused by the flow of fluid through pipes.

11 Integral Response The integral component sums the error term over time. The result is that even a small error term will cause the integral component to increase slowly. The integral response will continually increase over time unless the error is zero, so the effect is to drive the Steady-State error to zero. Steady-State error is the final difference between the process variable and set point. A phenomenon called integral windup results when integral action saturates a controller without the controller driving the error signal toward zero.

15 PID Concept The PID instruction can be operated in the timed mode or the Selectable Time Interrupt (STI mode). In the timed mode, the instruction updates its output periodically at a user-selectable rate. In the STI mode, the instruction should be placed in an STI interrupt subroutine. It then updates its output every time the STI subroutine is scanned. The STI time interval and the PID loop update rate must be the same in order for the equation to execute properly.

18 PID Tuning PID tuning is a difficult process. However there are some simple algorithms to follow to get a system approximately tuned.

28 On-line trial tuning or The "by-guess-and-by-golly" method
1. Enter an initial set of tuning constants from experience. A conservative setting would be a gain of 1 or less and a reset of less than 0.1. 2. Put loop in automatic with process "lined out". 3. Make step changes (about 5%) in setpoint. 4. Compare response with diagrams and adjust.

29 Ziegler Nichols tuning method: closed loop
Steps Place controller into automatic with low gain, no reset or derivative. Gradually increase gain, making small changes in the setpoint, until oscillations start. Adjust gain to make the oscillations continue with a constant amplitude. Note the gain (Ultimate Gain, Gu,) and Period (Ultimate Period, Pu.) The Ultimate Gain, Gu, is the gain at which the oscillations continue with a constant amplitude 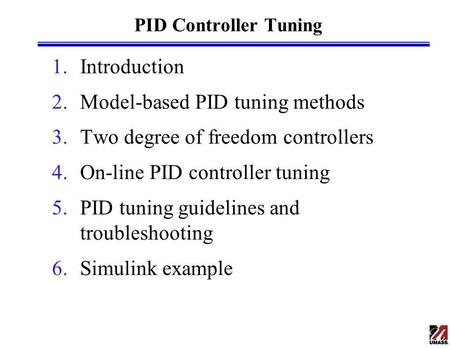 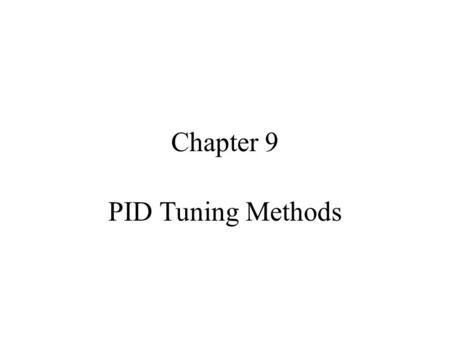 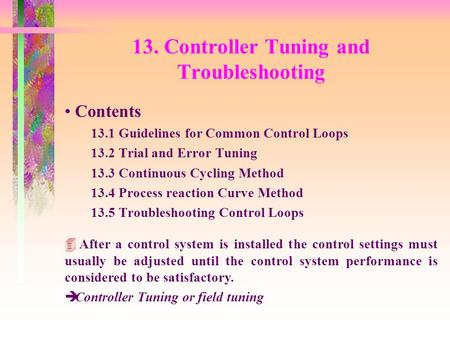 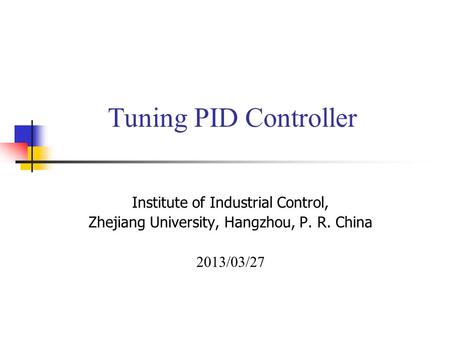 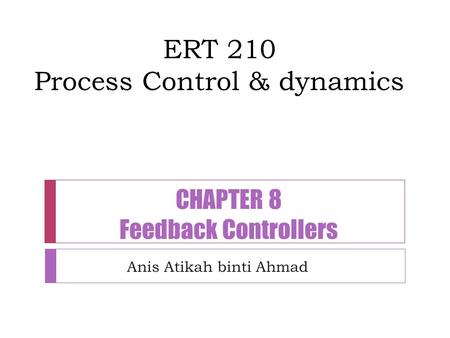 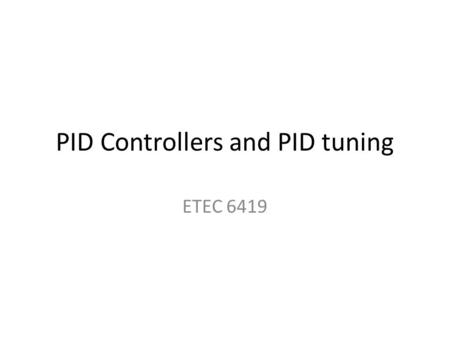 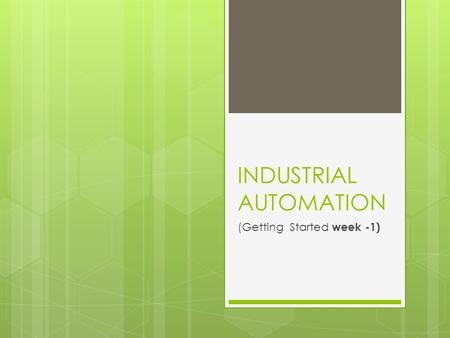 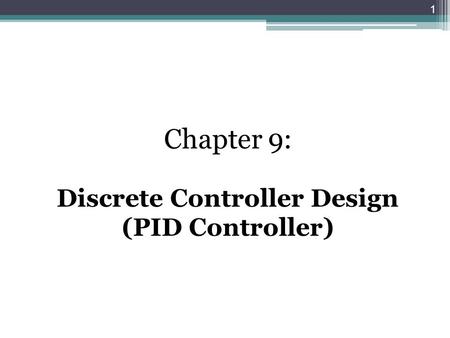 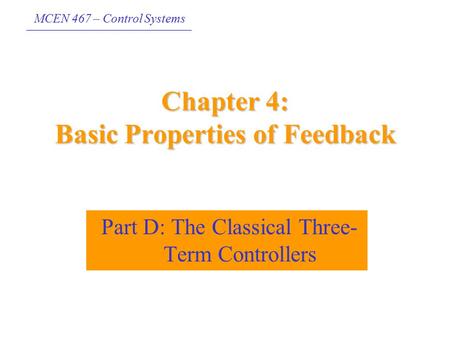 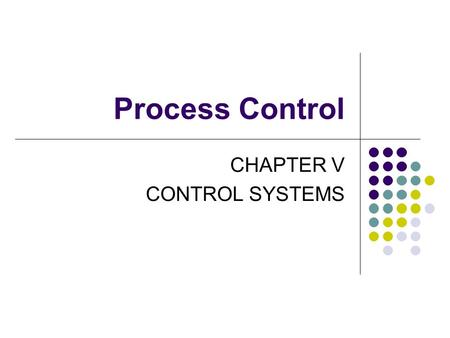 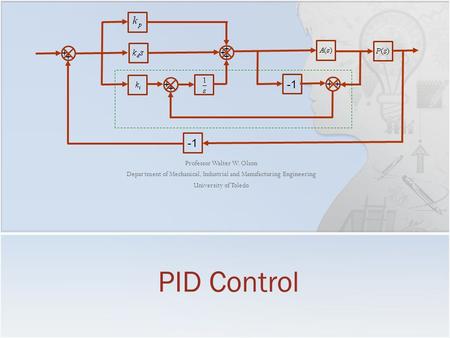 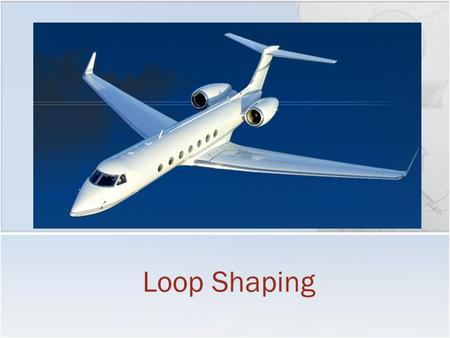 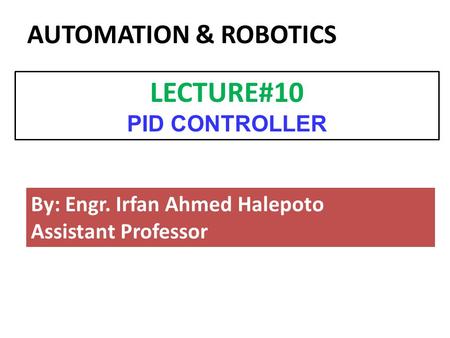 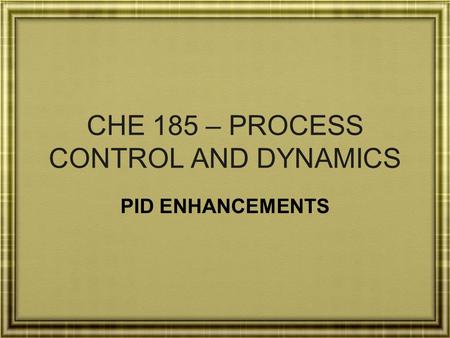 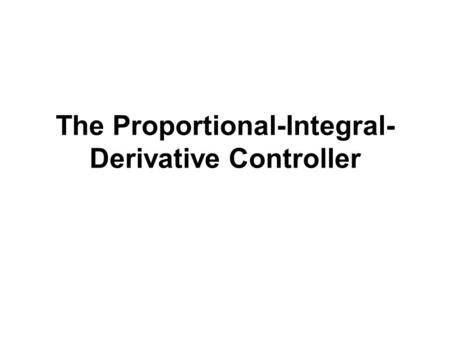 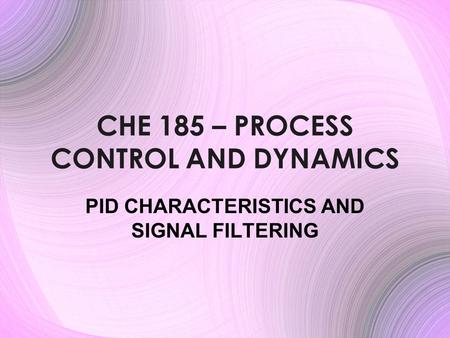 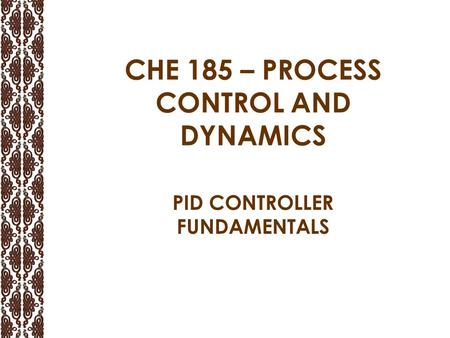 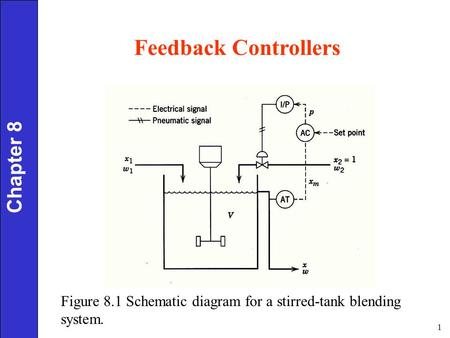 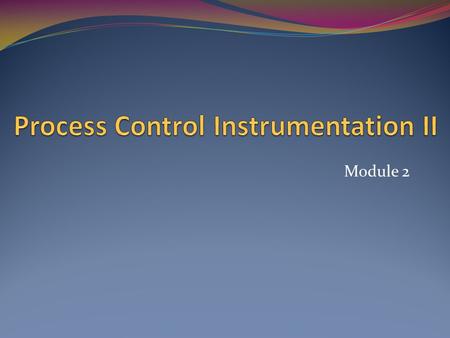 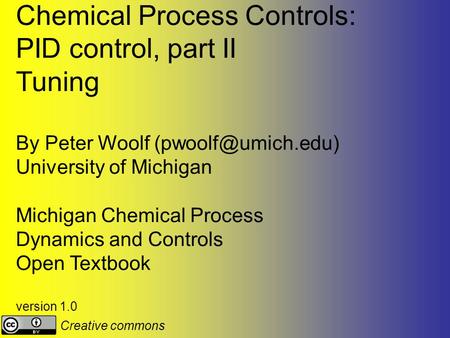