5 Objective 2: Principles of Federalism and Exceptions to Federalism Concept of Federalism: The Tenth Amendment to the Constitution provides that powers not delegated to the federal government nor prohibited by it to the states are reserved to the states. Key federal powers include collection of taxes, duties, pay debts and provide for the common defense and welfare. Questions: Hurricane Katrina provided a test for federalism and the capacity of our system to effectively deal with a catastrophe. What do you see that Katrina showed us about federalism and disasters? Why can’t Federal authorities simply respond to disasters without waiting for a formal request from the state governor? Under what circumstances might it be reasonable or justifiable to have a direct federal response, and what circumstances might make it very inappropriate and possibly even more difficult to respond effectively to the needs of victims? Catastrophe Readiness and Response5

6 Question: The Posse Comitatus Act (18 U.S.C. 1385), along with other related laws and administrative provisions, prohibits the use of the military to execute civilian laws unless expressly authorized by the Constitution or an act of Congress. What is the intent behind the limitations imposed on the federal government? What do you see are the impacts that this imposes in a large scale catastrophe? Catastrophe Readiness and Response6

9 Objective 5.5. Identify and discuss the political structure of the U.S. emergency management system, and the use of the National Guard or other military forces in catastrophe response Questions: How would you characterize the U.S. emergency management system? Is it centralized or decentralized? What do you see are the primary roles for local, state and federal governments in emergency management? The deployment of Dept. of Defense resources in response to Hurricane Katrina was viewed by many as critical to rescue efforts. What limitations need to be acknowledged in the use of military resources in an emergency response? Catastrophe Readiness and Response9

11 Objective 5-7: Identify and discuss government legal powers during catastrophes. Questions: State laws provide specific powers of the governors in dealing with disasters. To what extent can the governor declare a disaster, order an evacuation, compel an evacuation, limit return of the public to the disaster area, obtain property, suspend bid procedures, or identify routes for an evacuation? What other powers does the governor have in a disaster? Are the powers limited and if so how? Review the state emergency management act in your state and determine if the governor has similar powers. Are these powers sufficient for dealing with large scale catastrophes? What powers does the local chief executive office have? What local official is mentioned in your state statute who can exercise these powers? Are these adequate to address a catastrophe? Catastrophe Readiness and Response11

12 Objective 5.8. Identify and discuss state legal protection laws for volunteers. Questions: A claim of negligence for the torts of a volunteer in a disaster could result from claims of harm. Who are volunteers? Explain how a claim could be made and how the volunteer could be immune from a civil suit. Under what conditions could the volunteer lose this protection? What strategies should be implemented to ensure that volunteers perform in a proper manner and that they do not harm others in assisting in a response to a disaster? Catastrophe Readiness and Response12

13 Objective 5.9. Discuss the political implications of catastrophes at various governmental and political levels Questions: What are the political considerations and barriers that impact our efforts to plan for more resilient places that are socially just, economically vital, ecologically compatible, and less vulnerable to future catastrophes? How does our political system integrate planning for transportation, housing, land use and environmental issues? Do we have special opportunities following a disaster to address these issues? Do you see significant differences in local, state and national policies? What does citizen engagement in recovery planning contribute to full restoration of the community? How do political factors influence the implementation of emergency response plans in a catastrophe? Catastrophe Readiness and Response13 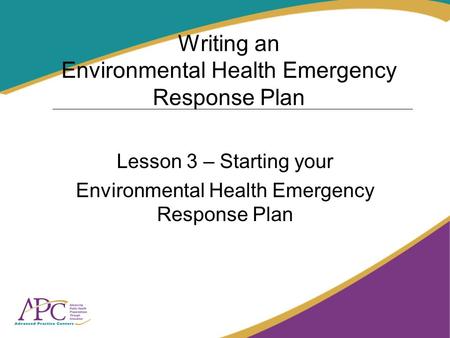 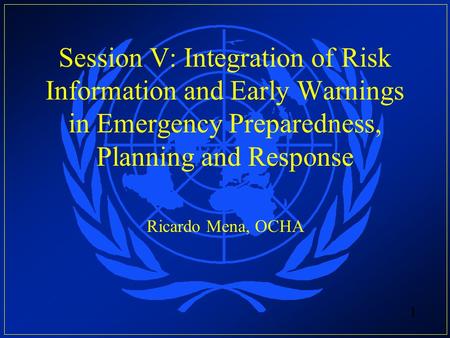 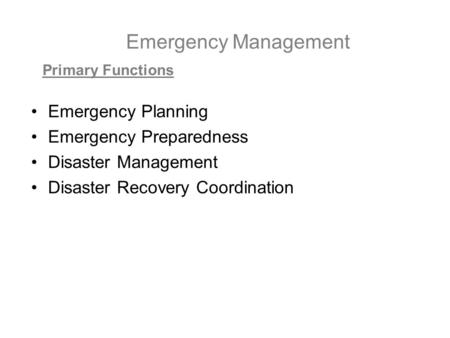 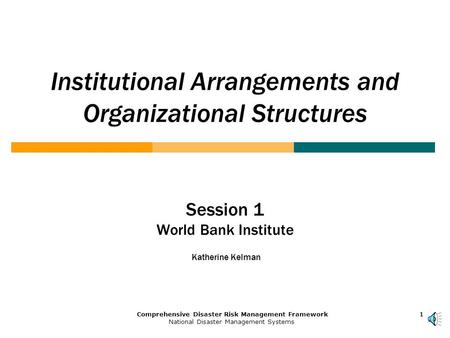 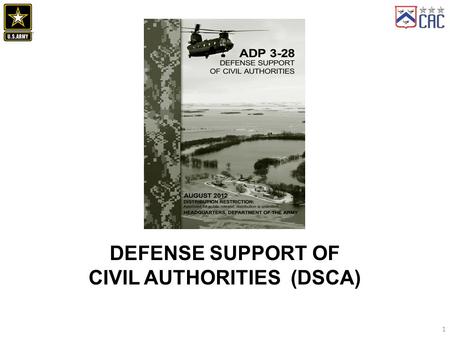 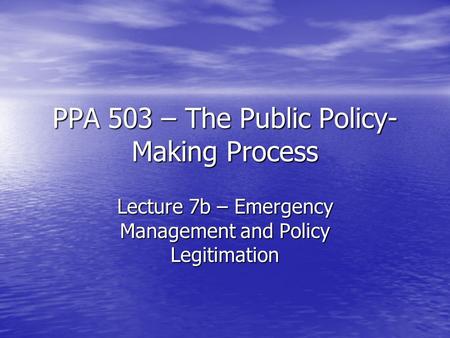 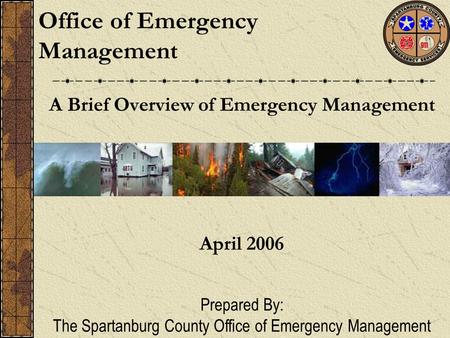 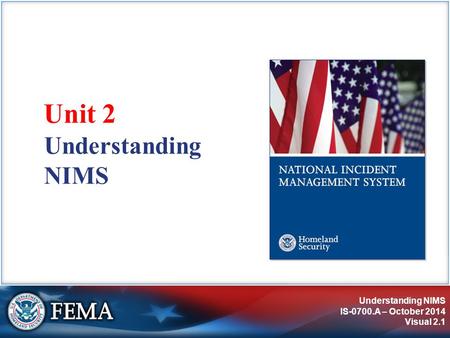 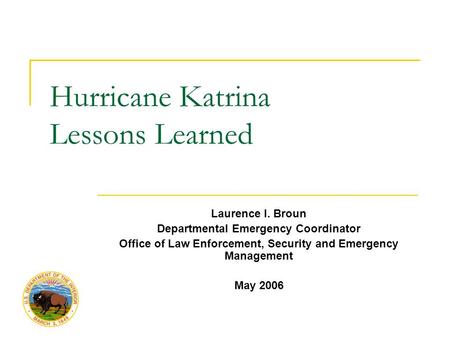 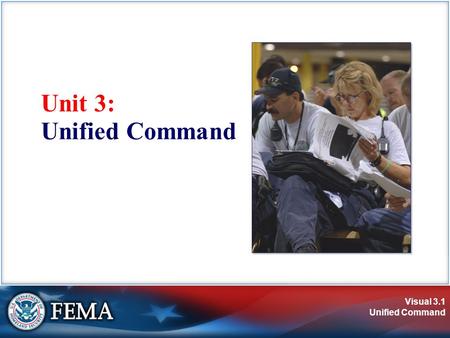 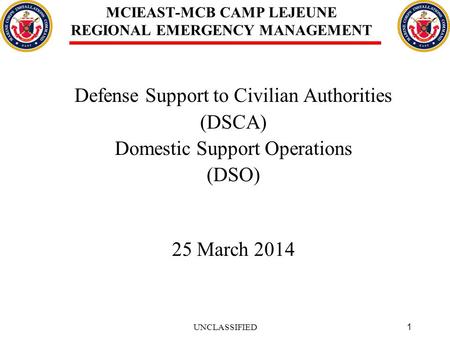 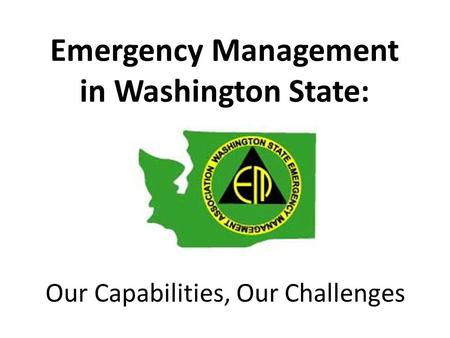 Emergency Management in Washington State: Our Capabilities, Our Challenges. 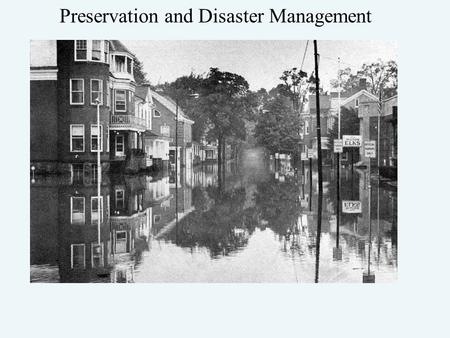 Preservation and Disaster Management. Federal Emergency Management Agency FEMA’s mission is to support our citizens and first responders to ensure that. 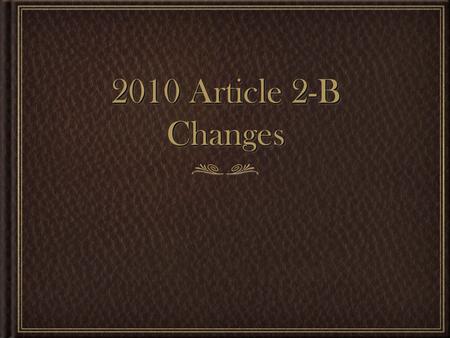 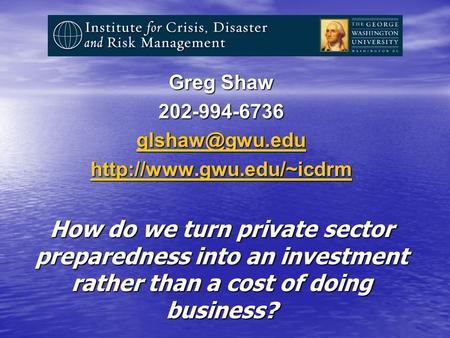 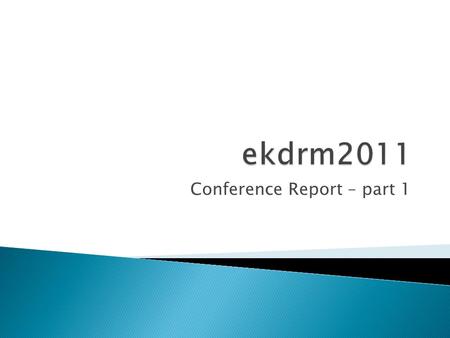 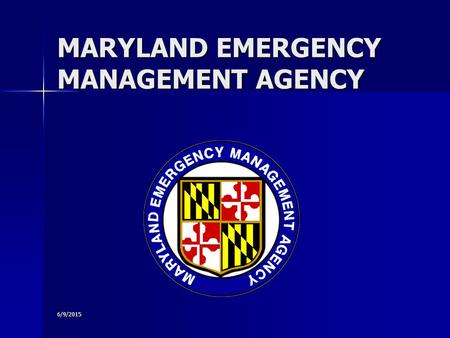 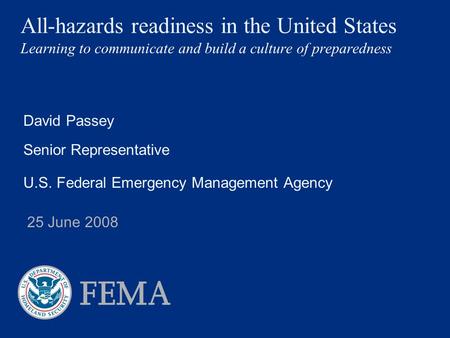