2 West in crisis 1. Famine and Death 2. The Eastern Threat 3. War 4. Loss in Church and Society

13 West in crisis 3. War – Monarchies strong in the 13 th c. were weaker in the 14 th. – Hundred Years’ War (1337-1453) Fought by English to claim territories in France English king inherits title “duke of Aquitaine;” therefore vassal of French king French king Charles iv +1328; heir apparent is English king Edward iii (1327-1377), who goes to war for the right to be king of France as well All takes place in France; local pitched battles throughout the more than a century (not 100 years of prolonged and extensive warfare)

17 West in crisis 4. Loss in Church and Society – “We go to sleep as if going to our death, because we go to our death as if going to sleep.” Dance of Death Memento Mori Last rites Pilgrimage and purgatory The pilgrimage in art and literature: the dream-vision and the journey to the New Jerusalem (Dante 1265- 1321, cf. Piers Plowman, Chaucer 1342-1400)

18 West in crisis 4. Loss in Church and Society – Cultural tension Spain and the “reconquest”: 1248 Spain is essentially free of Muslims Surviving Muslims (Mudejars or Moors) and Jews systematically discriminated against 100000 Jews expelled and murdered in Spain 1378- 1391 Had been expelled from France and England; find some refuge in Italy and Poland 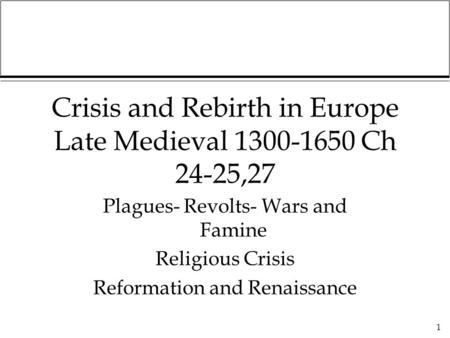 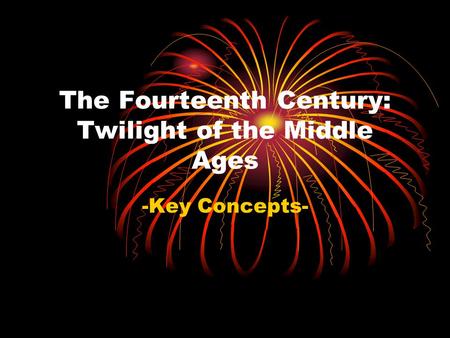 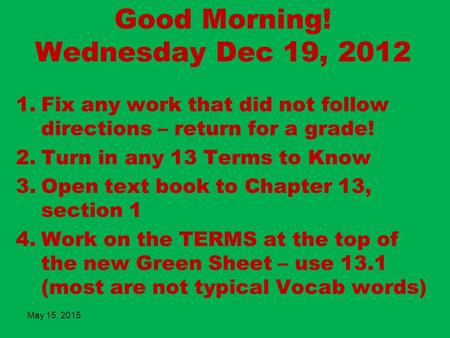 Good Morning! Wednesday Dec 19, Fix any work that did not follow directions – return for a grade! 2.Turn in any 13 Terms to Know 3.Open text book. 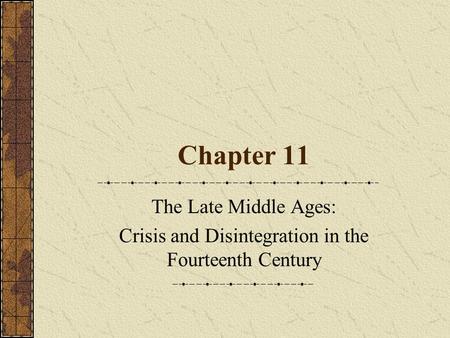 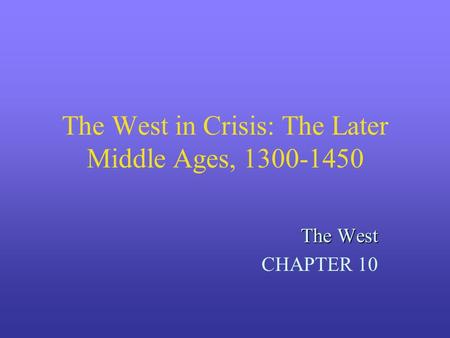 The West in Crisis: The Later Middle Ages, The West CHAPTER 10.