Presentation on theme: "Parts and usage. Motherboard is the most important component in any personal computer. It contains almost every important elements of the computer. Sometimes."— Presentation transcript:

2 Motherboard is the most important component in any personal computer. It contains almost every important elements of the computer. Sometimes instead of the calling it “motherboard”, IBM refers to is as “system Board” or “ Planner Board”, some other manufacturer refer to this as the “ Logic Board”. The motherboard is the main circuit board inside the PC which holds the processor, memory and expansion slots and connects directly or indirectly to every part of the PC. It’s made up of a chipset(known as the “glue logic”), some code in ROM and the various interconnections or buses.

7 The main component of any motherboard is the main processor chip which controls all the inner functions of the system. The CENTRAL PROCESSING UNIT(CPU) functions as the brain of every PC. It is usually inserted into the socket and is not soldered onto the motherboard as many other chips are normally done, this makes its replacement, in case of any problem, very easy.

11 Memory is the place where computer stores the program and data that help the program in carrying out its operations. Memory is used by computers to run its operating system in any application that you start and also responsible in loading a system.

13 is a read/write type of memory which is used by the processor to keep program, data and intermediate results during program executions. It is VOLATILE type of memory, which lose its content when the power supply is switched off.

18 ROM or Read Only Memory, as its name suggest is a read only type of memory it cannot be written. Data is written into it by the manufacturer.  On major advantage with the ROM is, ROM is Non-Volatile type of memory, meaning it does not lose its content when the power supply to it is switched off.  A motherboard normally contains one or more of these ROM chips.

21  BIOS is an abbreviation if Basic Input Output System.  A chip w/c directs the I/O operations of all the devices in or attached to the system  All Peripherals are instructed by BIOS  Holds the configuration, loading the operating system, detects also the devices, and monitors the PC temperature.  Communication between the processor and memory

22  Prepares the machine so other software programs stored on various media (such as hard drives, floppies, and CD’s) can load, execute, and assume control of the computer.

23  Refers to the memory on a personal computer containing BIOS settings and sometimes the code used to initialize the computer and load the O.S.  The memory and real time clock are generally proceed by a CR2032 lithium coin cell.  These cells last for two to ten years, depending on the type of the BIOS

24  Contains the information about the system configuration (hard disk types, date and time, and the order in w/c the computer will look for bootable disk). The CMOS battery allows the CMOS to pressure these settings.  Preserves the settings of the BIOS

25  Is a group of integrated circuits, or chips, that are designed to work together, and are usually marketed as a single product. There are two Chipset in MOBO:  Northbridge Chipset  Southbridge Chipset

26  Also known as the I/O controller Hub (ICH)  Is the chip that controls all of the computers I/O functions, such as USB, audio, serial, the system BIOS, the ISA bus, and the IDE channels.

38  This adds a additional 12v to your processor

46  This houses the CMOS battery

Download ppt "Parts and usage. Motherboard is the most important component in any personal computer. It contains almost every important elements of the computer. Sometimes." 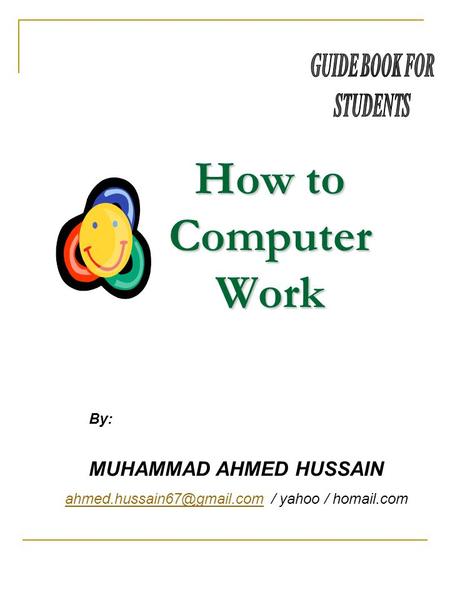 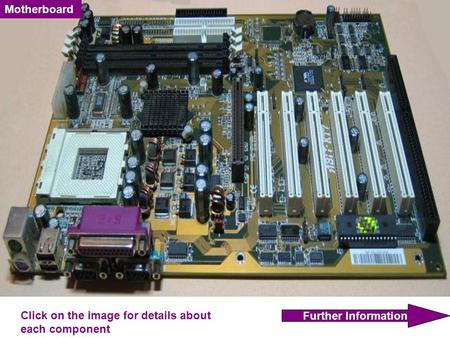 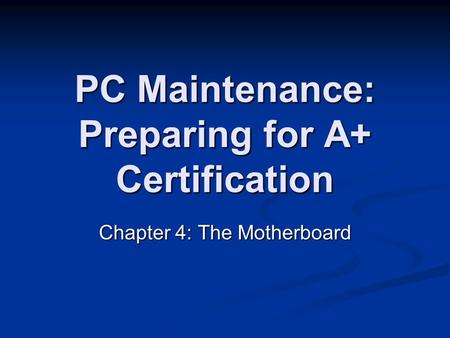 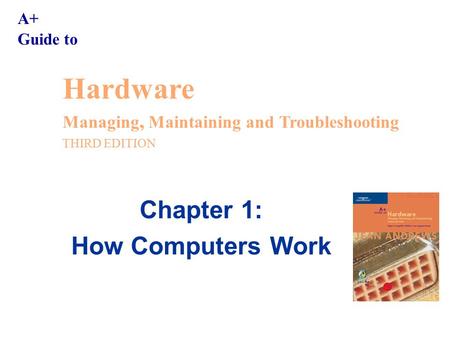 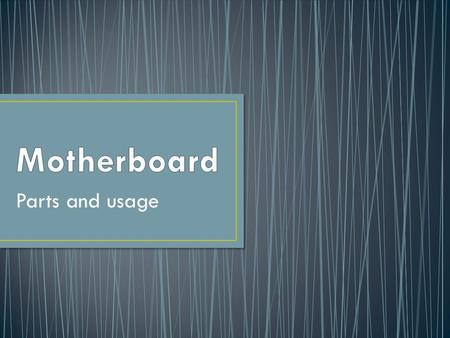 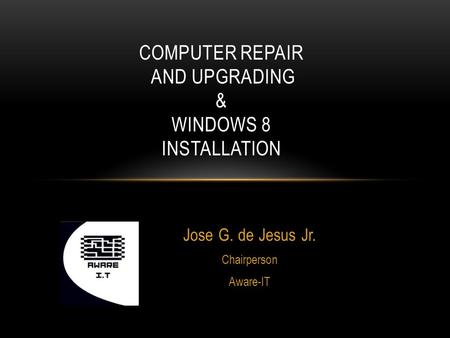 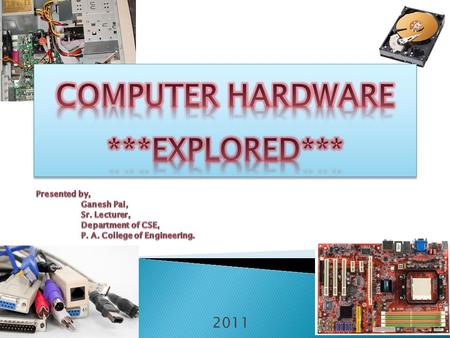 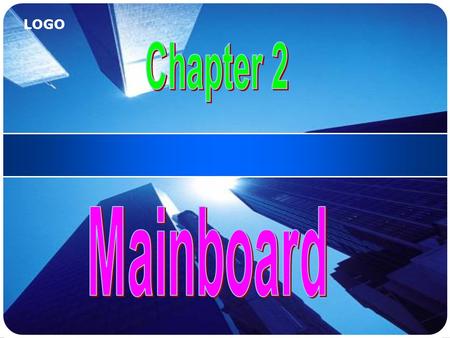 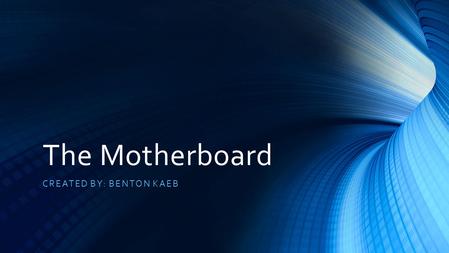 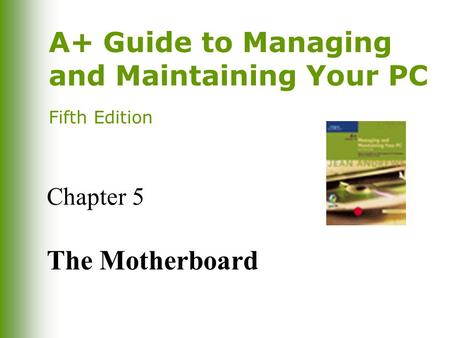 A+ Guide to Managing and Maintaining Your PC Fifth Edition Chapter 5 The Motherboard. 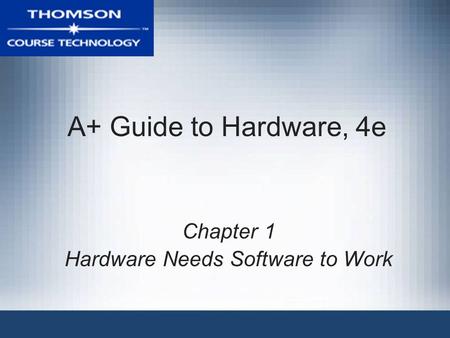 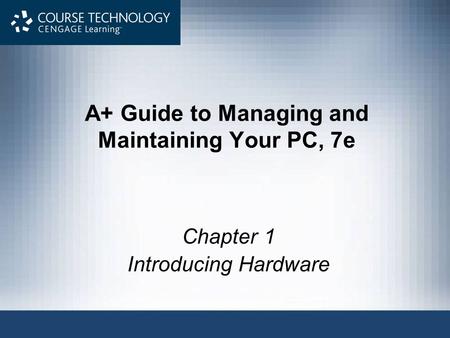