Presentation on theme: "How to read a Comic Book…. Comic terms…. Panels: Images are usually laid out within borders, known as panels. The layout of the panels can be in a grid,"— Presentation transcript:

1 How to read a Comic Book…

2 Comic terms…. Panels: Images are usually laid out within borders, known as panels. The layout of the panels can be in a grid, MAUS being notable for utilizing an eight panel grid, of four rows and two columns. Occasionally an artist will use larger panels that break the format of the grid to emphasize specific acts or points in the narrative

3 Example of a panel…

4 Panel frames Panel frames: The border or edges of a panel, when drawn, are termed frames. These are normally of rectangular shape, but this shape can be altered to convey information to the reader. –Cloud shaped panels can indicate a flashback or dream sequence, while one with jagged edge can be used to convey anger or shock

5 A panel with out a frame is used to convey space. The frame itself can be formed by the image, for example, a scene can be framed by a door frame or by binoculars.

6 A Bleed… A full bleed is usually used on a comic book cover, and is when the art is allowed to run to the edge of each page, rather than having a white border around it. Bleeds are sometimes used on internal panels to create the illusion of space or emphasize action

8 Splash page.. A splash page, sometimes referred to simply as a splash, is full page drawing in a comic book. A splash page is often used as the first page of a story, and includes the title and the credits.

9 Interior splash Splashes that are not the first page of a story are sometimes called interior splash pages. Interior splashes may or may not include titles and/or credits. A panel that is larger than others on the page is called a splash panel. A splash that appears across two pages of a comic book is called a two-page splash

12 Speech/Thought balloon The speech balloon, also known as a speech bubble, is a graphic used to assign ownership of dialogue to a particular character.

14 Speech/Thought balloons cont… The shape of the balloon will indicate the type of dialogue contained. Whispers are usually represented by balloons drawn broken line….

17 Gutter The gutter is the space between borders. Action in comics happens in the gutters between panels. The reader, therefore, creates the action in this “white space.” Think of a gutter as the readers’ part of the page to fill with his own imagination.

19 Emanata Emanata: A visual metaphor used as a shortcut in comics; examples being the light bulb above a character’s head to indicate an idea.

Download ppt "How to read a Comic Book…. Comic terms…. Panels: Images are usually laid out within borders, known as panels. The layout of the panels can be in a grid," 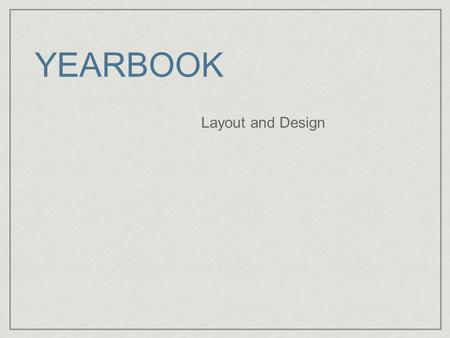 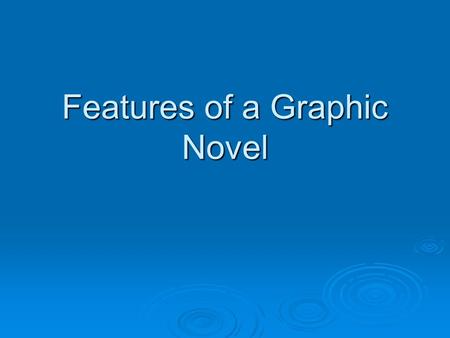 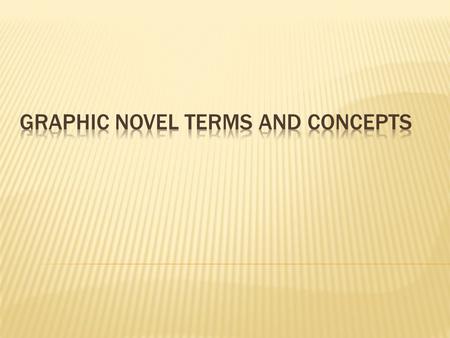  Panel: a distinct segment containing a combination of image and text in endless variety. Panels offer a different experience then simply reading the. 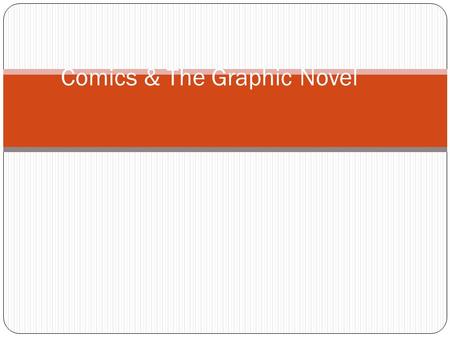 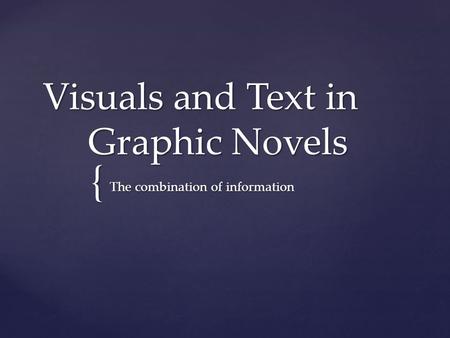 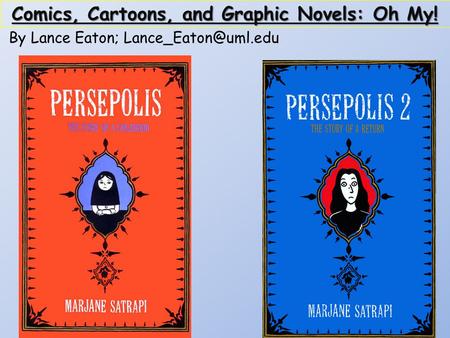 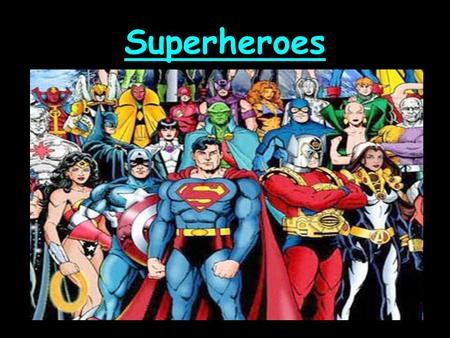 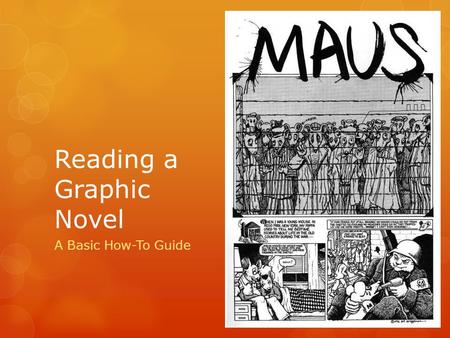 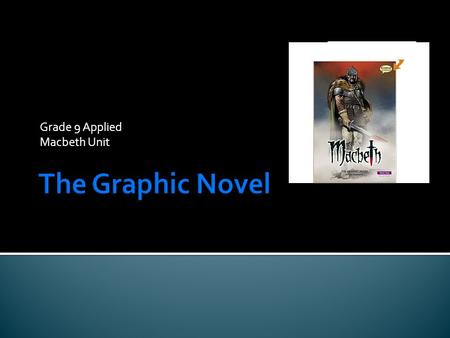 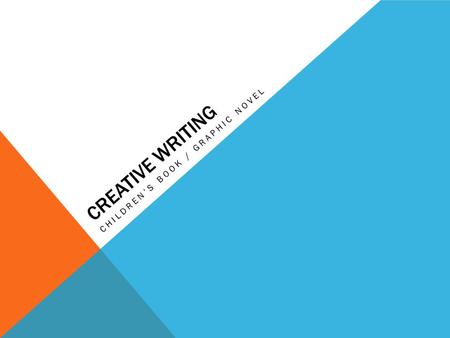 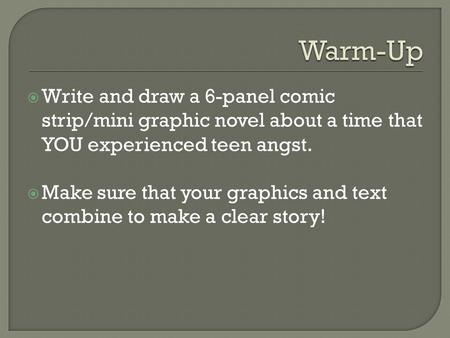 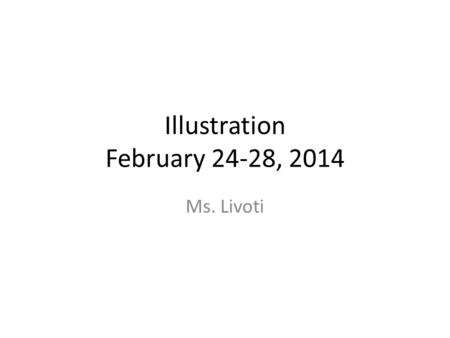 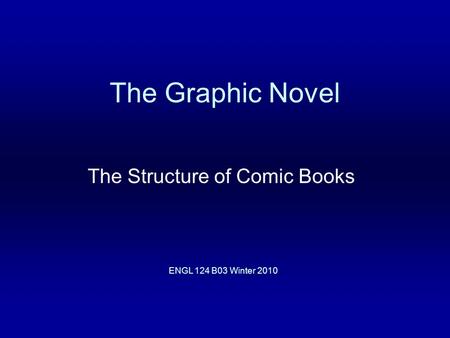 The Structure of Comic Books 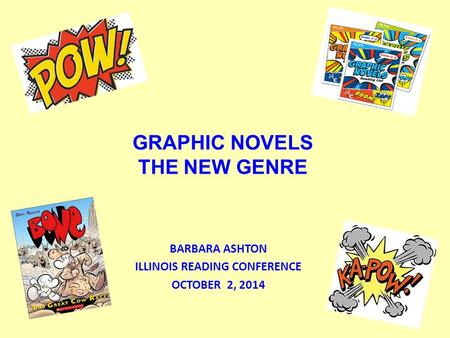 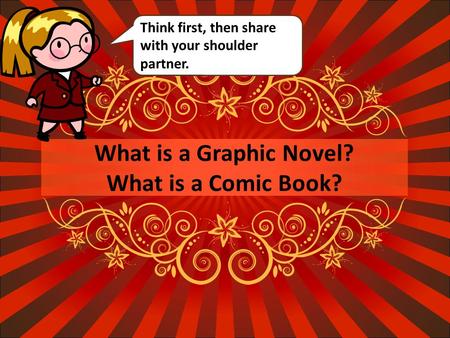 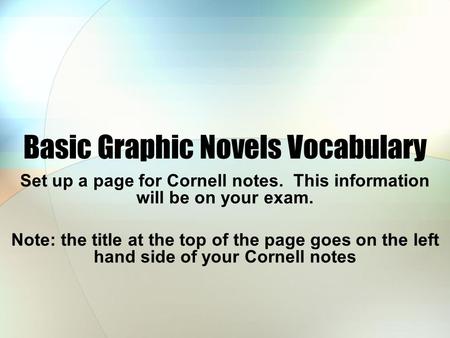 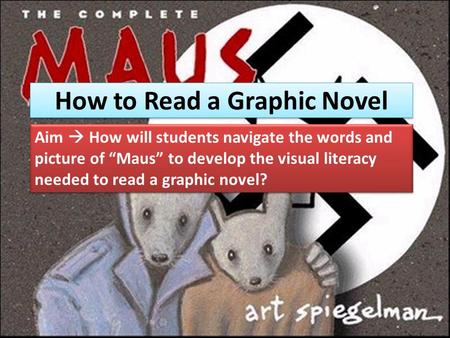 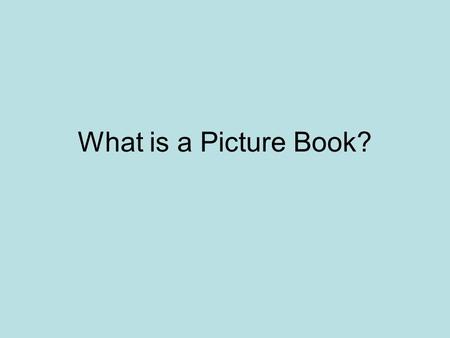 What is a Picture Book?. 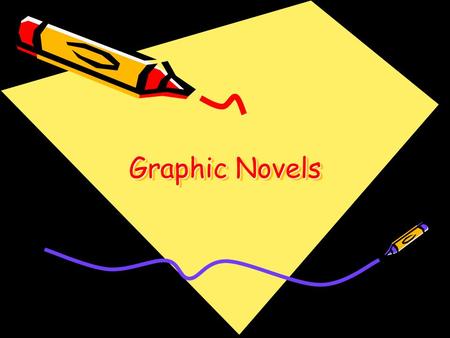 Graphic Novels. What are they? A mixture of narrative, picture books and comic strips Both the pictures AND the text combine to tell the story "a fictional.